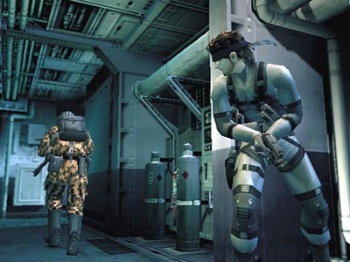 Tactical espionage action may soon look better than ever before, if rumors regarding Metal Gear Solid remakes are true.

There are rumblings that Konami has plans to join Sony and Ubisoft in re-releasing some of its classic games on the PS3. The rumor mill suggests that Konami is getting ready to give the first three Metal Gear Solid games a coat of high-definition paint and put them in front of a new audience.

Gettting the original Metal Gear Solid up to HD quality – as nebulous a term as that is – may require a little more work, however, as its graphics are older and much less detailed. With that in mind, it’s possible that the 2004 GameCube remake, Metal Gear Solid: The Twin Snakes, may be a better place to start than the PlayStation version, although there’s all sorts of things that may complicate that, from coding differences to issues over porting what is essentially a Nintendo game to a Sony platform.

Beyond the hint that they might exist, there’s no other details about the re-releases. What seems most likely is that Konami will stick all three games on a single blu-ray disc, although digital releases are also possible. I will admit that I’m hopeful that this rumor proves to be true, partially for the Metal Gear Solid games themselves, and partially in the hope that Konami might then decide to do the same thing with the Silent Hill series.