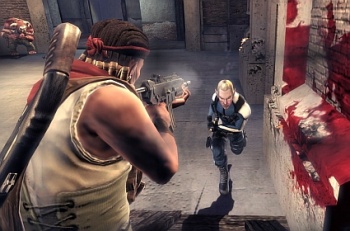 Ever wondered why more games don’t let PC and Xbox 360 gamers play against each other? Well apparently there were plans for it to be a lot more common, but Microsoft found that PC gamers were just at too much of an advantage.

Writing on his blog, Sood said that he had heard from “reliable sources” that Microsoft had killed a project that would have allowed players on the two platforms to compete online. Sood’s sources claim that Microsoft pitted the best console players using control pads against “mediocre” PC gamers with mice and keyboards and found that the console players were “destroyed every time.” It was apparently so bad, he wrote, that cross-platform play would have been an embarrassment to the Xbox team.

Sood added that he wishes that the project had continued, as he believed that it would have inspired more developers to create “rich experiences” for the PC, and meant the desire to have the “best” platform would still exist. He mused that this might have allowed Microsoft to “get away” from the hardware business – in other words, scrap the Xbox entirely – and focus on software.

It’s important to remember that is just rumor, and without any kind of official confirmation, it should be treated with a certain degree of skepticism. It’s true that there have been experiments in cross-platform play, most notably Shadowrun in 2007 which actually shipped with it, and it’s possible that Microsoft continued to investigate it further, but it’s hard to believe that it could have led to some golden age of PC gaming, as Sood suggests it might.