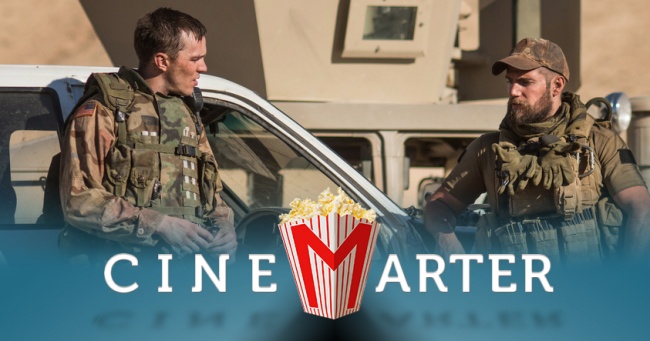 I don’t know if you guys have figured this out yet, but war kind of sucks. It sucks for the people involved. It sucks for the civilians whose lives are completely altered by the soldiers and the bombs and the tanks that become staples in their neighborhoods. It sucks for the families who have soldiers overseas. It sucks for the taxpayers, whose money is funding the killing of other people. War just sucks – even if it is, at times, necessary. Movies have done a pretty good job of letting us know this. Sand Castle is another entry into this category. War sucks. We know.

Maybe that sort of blase attitude toward Sand Castle – and other movies of its ilk – is wrong. It happens because many of these films become very same-y, particularly after we’ve established who’s who and why they’re doing whatever they’re doing. Mass media feeds us so many images of war that, perhaps as a means of coping with them, we become so indifferent to them. And unless a war movie is spectacular, it’s hard to feel anything but apathy toward it, too. 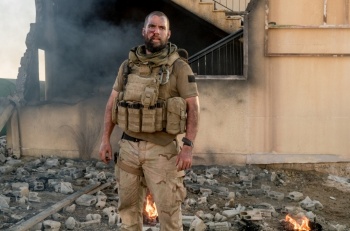 So, now we have Sand Castle, which stars Nicholas Hoult as a soldier who probably doesn’t belong there, given the very first scene sees him break his own hand in order to avoid combat. He only joined to help pay for college – in July of 2001. The world changed after that, and he found himself fighting in the Iraq war that ensued.

Most of the film takes place in a town called Baqubah, which needs a water station fixed after America bombed it to smithereens. What is supposed to be an easy job – “a photo-op,” one character calls it – becomes more difficult after the soldiers learn that, surprise of all surprises, the locals aren’t exactly welcoming to the people who destroyed their source of water. Yes, even though they’re trying to fix it and they, specifically, didn’t do the bombing. It’s a neat way of showcasing exactly how the post-9/11 Middle East plan didn’t exactly pan out, but the movie doesn’t do a whole lot more beyond that, and it gets boring really quickly.

War might be hell, but boring war movies aren’t going to get us to empathize with that sentiment.

The problem, really, is two-fold. The first is that there’s not a whole lot of forward momentum to the plot – it feels more like a “hey, look, we did stuff in Iraq” movie than something that’s trying to tell us a compelling story. It’s like we entered into the sixth episode of a 12-episode television show. This is just a middle chapter of the story; we’re missing the rest of it.

The other main issue stems from the same sort of idea, but relates to the characters, not the plot. Since this is more of a middle entry than a fully formed story, that means that we’re missing a lot when it comes to the characters. I can’t even remember Hoult’s character’s first name, for instance, and beyond his opening monologue, we learn very little about him as a person. The same is true for the other soldiers – and in some instances, it’s even more of an issue. Henry Cavill shows up here and after the movie is over, it’s easy to question why they hired someone like Cavill to play such a nothing role.

Not that Cavill is the best actor out there or anything, but he’s playing Superman! He should be able to get better projects than this – and if productions like this get him, they should give him something to do. On the other hand, pretty much nobody gets anything of consequence, so at least he’s not alone. As our protagonist, Hoult is uninteresting, uninvolving, and dull – although his character is all of those traits, too. Other actors like Glenn Powell, Logan Marshall-Green, and Parker Sawyers are given even less to do, if that’s even possible.

War might be hell, but boring war movies aren’t going to get us to empathize with that sentiment. With the oversaturation from the media of war photos and Hollywood pumping out dozens of dull, same-y war movies, we get it. It’s hard to care about mediocre entries into this genre. That’s especially true when the story is lackluster and the characters are even worse. We need that human element to drive our emotions, and Sand Castle can’t make us care. It’s similar to a lot of other movies, it’s worse than the good war movies, and it’s not worth the time it takes to watch it play out.

Bottom Line: Sand Castle is a boring war movie that we feel like we’ve seen a dozen times before.

Recommendation: Unless you love all war movies, there’s no reason to watch Sand Castle, even if it’s not even close to the worst thing out there.