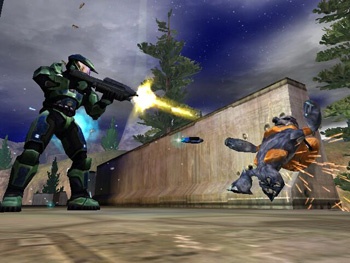 In the last of the Presidential Debates, Democratic nominee Senator Barack Obama called on parents to take responsibility for the education of their children. “Turn off the video games,” he advised them.

Now, we know the Presidential front runner doesn’t want us to turn off all of our games-otherwise we’d miss the ads he’s been placing in them. He’s simply saying that games have their place. They fall under the category of leisure activities that parents must discipline their children to resist in favor of schoolwork.

But what if games are the schoolwork?

Roger Travis, Professor of Classics at the University of Connecticut, along with several of his colleagues, has founded the Video Games and Human Values Initiative, a program that takes advantage of the educative value of videogames.

Starting last week, undergraduate students could register for Travis’s Spring course, “(Gaming) Homer,” an in-depth look at how the techniques, values, and themes of epic literature, especially the Iliad and the Odyssey, turn up in videogames like Halo. An epic quest, for example, has much in common with a level or a quest in a videogame, and thus the latter can educate just as the former does. “A quest is an attempt to achieve clarity about a particular object,” says Travis. “What is really going on is that you’re gaining knowledge, adding information.”

Students will sign up for Runequest and Club Penguin, play games, and then report on them just as they would report on their reading of a poem from the epic tradition And this course is just one part of the Initiative.

Travis and his colleagues plan to establish a virtual Center for Video Games and Human Values as the cornerstone for their Initiative. The Center will be a virtual world designed with open-source software that will serve as a platform for discussion, an annual virtual symposium, and on-line courses. Travis will teach an initial on-line short course, Living Epic, during UConn’s interim winter semester. The course is geared toward parents and elementary and high-school teachers, with an emphasis on the pedagogical potential of gaming culture.

The Initiative will also provide four Fellowships for visiting scholars and researchers to present their work through the Center. For students, teachers, and parents, the Initiative serves as an introduction to academic thinking on the phenomenon of videogames. But what do the professors get out of it?

As intellectuals are wont to do, the team of academics participating in the Video Games and Human Values Initiative makes startling, counter-intuitive statements about the subject of their research. Travis thinks games tap into the oral tradition of poetry, testing a skill more difficult than writing. His colleague Kirstie Cope-Farrar, Professor of Communication Sciences, thinks the kid- and grandparent-friendly Wii may make violent games more psychologically harmful by forcing players to pantomime violence. Michael Young, Professor of Educational Psychology, believes games may be better for teaching than traditional classrooms. 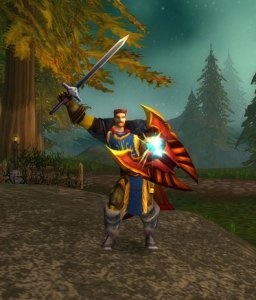 Young says that, while differences remain between off-line and on-line instruction, “these differences maybe go in favor of the virtual being more expansive, giving more affordances for activity-based, learner-centered instruction.” A gaming environment offers possibilities unavailable in the classroom-entering a Van Gogh painting, swimming the circulatory system of the human body, developing a new economy-and games demand interaction from players. Students don’t merely receive information when they learn from games; they act as well, which greatly enhances retention and understanding.

For Professor Young, videogames have vast educative potential because they provide real experiences to learn from. The economy of World of Warcraft is a real economy; the friends you make on-line are real friends. Virtual learning is real learning.

Nonetheless, he remains cautious on the question of whether traditional classrooms will fully embrace learning through games. “Every pedagogical technique that would be at all at variance with a test-prep curriculum,” he says, “will get assimilated.”

“American education is the Borg in that sense,” he warns. “Games will be assimilated.”

Of course, challenging received wisdom in education-like our over-reliance on standardized testing-is one of missions of the Video Games and Human Values Initiative. This mission arises naturally out of Travis’s own development as a professor.

Gaming had always been a hobby for Travis, but only recently became a subject of his academic work. It wasn’t until he noticed parallels between Halo and Virgil’s Aeneid that he began to combine modern leisure with classical literature. He worked gaming into his lectures and conference papers, wrote articles for The Escapist, and started his blog, Living Epic.

Bringing a scholar’s perspective to gaming also fit Travis’s understanding of his role as a professor. Realizing what it means to teach and do research at university took time. “I thought it meant being able to think about what I want to think about,” he says. Now, he sees his position as an opportunity “to persuade people to think about their values.”

This principle provides the intellectual foundation for the Initiative. The research conducted under the aegis of the program is meant to challenge the thinking of everyone from gamers to educators to Jack Thompson to, possibly, Barack Obama.

Indeed, Travis did hear the good Senator’s denunciation live. “I yelped at that,” he says. “My wife said, ‘He said it!'” Fortunately, Travis and company are well on their way to changing the perception of games as a distraction from education to a core element of it.

Ray Huling is a freelance journalist who lives in Somerville, MA. He thinks games are an important part of a good curriculum and a balanced diet.