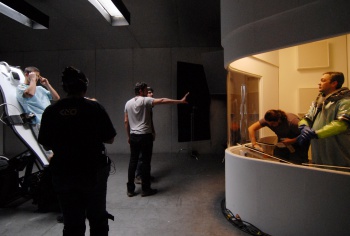 Check out our behind-the-scenes interview with POLIS filmmakers Daniel Perea and Steven Ilous.

Today, you can take a peek into the minds behind POLIS in our interview, where writer Daniel Perea talks about where the idea behind the film came from:

I really wanted to tell a science fiction story that wasn’t about invasive technology or malevolent machines. I wanted it to feel different. Psychics aren’t necessarily new territory in sci-fi, but it’s a realm that allows for very cerebral storytelling. I was drawn to developing a character whose abilities make him powerful, but vulnerable to the manipulation of others at the same time. That was fun.

For more, check out our interview or go watch POLIS for yourself.