Serious Sam: Tormental is a rogue-lite twin-stick shooter from Gungrounds and Croteam, with a lighter shift from their previous over-the-top ultra-violent FPS games of the past.

In the story, Sam finds himself sucked into the mind of long-time arch enemy Mental and realizes that some of the projections within Mental’s imagination not only have free will, but also hate Mental. Sam therefore enlists their help to find 32 black keys that can unlock power-ups sealed away in a vault in the hopes of breaking out of Mental’s mind prison.

I appreciated the setup thanks to the strong cerebral theming, but most of the plot is revealed via text as you collect black keys and open locks in the vault. This requires multiple successful loops through stages and side challenges NPCs offer up, and honestly it isn’t enough of a reward for the effort put forth. Each opened lock permanently adds power-ups to the game, but you still have to be lucky enough to find them during a run. There are no abilities, stat increases, or stage progress that will carry over after a death.

The twin-stick gameplay is adequate. Movement is independent of firing, and all characters can roll to dodge or perform “brutal kills” that finish off weakened enemies. Brutal kills carry some risk because you aren’t invincible during the maneuver. Each character does get a unique ability, but Sam’s is an incredibly boring jump. It’s useful when cornered by projectiles, but I much preferred abilities like creating enemy magnets or detonating any bombs on screen at will. While getting useful passive powers and active weaponry relies on luck, gameplay still demands some skill regardless, since doing brutal kills on enemies increases the chances for golden keys and other rewards to drop.

Golden keys will unlock chests at stores in the middle of your run but can also double as currency for unlocking new playable characters or power-ups in special vending machines.

The five distinct biomes randomly generate their arenas, traps, and enemy combinations, but the differences aren’t drastic enough to matter much. You’ll even take on the same boss at the end of each biome. And on successful loops, you’ll start back at the first biome but on a much harder version 2 variant with tougher enemies and more hazards. There’s fun to be had and it does feature a co-op mode but it does get repetitive rather quickly. The weapons and power-ups you’re unlocking and using never reach the necessary level of absurdity to excite players to go another run. Making use of the better character-specific abilities was far more entertaining than anything I picked up.

The cartoon-inspired art style actually fits the Serious Sam universe far better than any of its previous offerings. His ridiculous T-shirt-and-jeans outfit and terrible voice make a lot more sense this way, though his in-game model is easily the worst-looking character. The discount Duke Nukem persona is also much more tolerable as a toon, even though the writing isn’t any more entertaining.

Serious Sam: Tormental has a mechanically solid and at times enjoyable gameplay loop. But it feels incredibly small in scope and gives way to tedium much quicker than its replayable structure should allow. Perhaps interested players will enjoy it as a bite-sized distraction, but I’d suggest everyone else look elsewhere. The game is out now on Steam for $11.99.

Watch the Review in 3 Minutes for Serious Sam: Tormental. 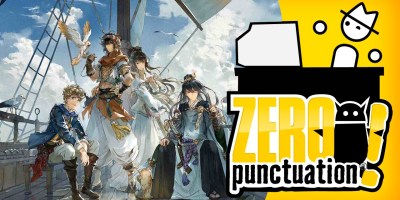