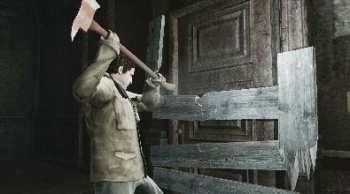 “Just remember and never forget that if you don’t like the direction of where Silent Hill went the only people you can blame are Konami themselves,” he wrote. “They are the ones who canned team Silent and wanted someone else to make the games.”

LaMar continues: “To further prove what I am saying, they made an arcade style Silent Hill shoot’em’up gun game!! How Silent Hill is that?!”

Whether or not LaMar was actually privy to the decisions of Konami isn’t confirmed, but he certainly delivers this information with a forceful tone. If Konami did disband Team Silent, I wonder if that was really the best choice to make, rather than allowing a seasoned survival horror team to continue perfecting its craft. The latest entry in the Silent Hill franchise, Silent Hill: Downpour, is at least looking pretty good.