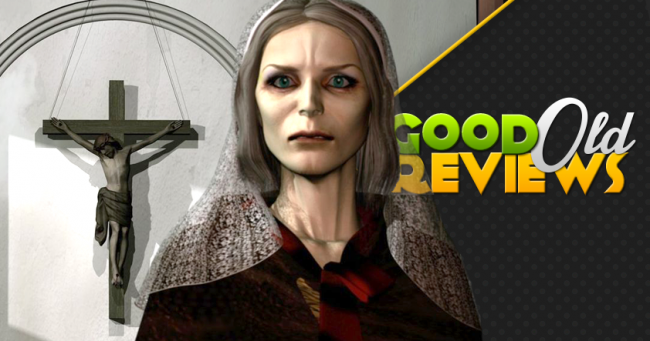 We still have a few months, but it’s fair to say Konami cancelling Silents Hills is one of 2015’s biggest gaming disappointments. This game had all the makings of a survival horror success story: A sequel/reimagining of the gaming horror franchise, led by Guillermo del Toro and Hideo Kojima, with Japanese horror master Junji Ito lending a creative influence. Even the P.T. demo was a fantastic horror title unto itself. But most importantly, Silent Hills had the potential to redeem a franchise which hasn’t seen a truly great game since Silent Hill 2.

We have no shortage of retro reviews breaking down why Silent Hill 2 was an excellent horror sequel. (If you’re interested, Yahtzee produced his own six years ago.) But what about its older sibling, Silent Hill? The original laid a foundation for this iconic gaming horror series, but wasn’t even included in the bug-ridden Silent Hill Collection. So while we nurse our disappointment over Silent Hills, let’s take a look back at what worked – and didn’t work – about Konami’s first visit to this fog-ridden town.

Our protagonist is Harry Mason, an ordinary man driving his daughter Cheryl to Silent Hill for a vacation. (Apparently there was a time when such a trip was considered a good idea.) After crashing his car, Mason wakes up to discover Cheryl has gone missing and sets off to find her. But Silent Hill is a very different place than expected – a thick fog surrounds the town, monsters roam abandoned streets, and snow is strangely falling out of season. Eventually, Harry learns Silent Hill is being dragged into a frightening alternate dimension, and only he is in a position to stop it before Cheryl and the town are lost forever.

Once you get past the shock of adjusting to PS1-era graphics, Silent Hill still has a genuinely unsettling atmosphere. Silent Hill is an empty husk of a town, devoid of life save for the occasional NPC appearance. The camera breaks from third-person perspective to watch Mason from disorienting angles. But the creepiest part is how the town changes when you’re not looking – pathways you once traveled are blocked when you return, and entering certain doors might teleport you to completely unexpected areas. Combined, Silent Hill emphasizes that even when you’re completely alone, unseen forces follow you at every moment.

Then you have the “Otherworld” levels, where Silent Hill is enveloped in darkness and enemies appear in far greater numbers. Using the flashlight is essential here – you can’t even view your map without it – but it also attracts monsters to your location. Guns are provided, but ammo is scarce, so it’s not uncommon for Mason to be forced into melee combat with incoming monster dogs. As long as you keep their distance from monsters, it’s relatively easy to make your way around them, although a few close calls are inevitable. Still, you’ll probably get a sinking feeling in your stomach every time the air raid sirens signal that the Otherworld is approaching.

Most of your time is spent exploring the town, solving adventure puzzles, and fighting or avoiding various monsters. Compared to modern titles, the game does very little to guide and assist you in these goals. There is no HUD to keep track of items and health, forcing you to manually track their supplies using a separate inventory screen. Don’t expect many navigational clues pointing you in the direction of your next objective either. Maps can be found, but must be read manually, and are only updated after uncovering barricades and broken locks that prevent you from proceeding.

Silent Hill is absolutely disquieting, but it’s hard to say it’s especially scary. Perhaps that’s just me – fear is subjective after all – but in general these monsters fail to terrify. Most of them charge out of the fog once you enter range, evaporating any fear of a threat you cannot see. That just leaves you with a series of routine encounters: “You’ve been spotted, run or fight, repeat”. But the real disappointment is the monsters themselves. There’s a reason Pyramid Head and Silent Hill 2‘s feminine mannequins were overused in sequels – they’re highly memorable figures. Silent Hill‘s rotting dogs and oversized insects are generic stock monsters in comparison, ones which quickly fade from memory.

Most of Silent Hill‘s horror doesn’t come from an outside threat, but the player’s struggle with PS1 limitations. The game’s controls are more outdated than its graphics, and I often found myself terrified not by the monster chasing me, but the wall I’d run into headfirst. The camera also has a bad habit of veering in the exact opposite direction you’re trying to look, and Silent Hill‘s aiming system leaves much to be desired. To be fair, this can increase the game’s tension, since your limitations mirror Mason’s helplessness against enemies. But modern horror games like Amnesia and SOMA show tension and responsive controls can co-exist. Silent Hill was groundbreaking at the time, but now it can be more frustrating then immersive.

The good news is most of these flaws are forgivable, since Silent Hill is engaging enough to make progress worthwhile. What isn’t forgivable is Silent Hill‘s item scarcity. Usually it’s an effective horror tactic, making the player feel the weight of every wasted bullet. But in Silent Hill, crucial quest items can be overlooked that completely hinder your progress.

The carnival boss was a prime example. After firing every single pistol and shotgun bullet I’d hoarded with no effect, I turned to a walkthrough for what I was missing. It turns out this enemy could easily be defeated with a hunting rifle, or a special item from earlier in the game. I had neither. Silent Hill‘s design rendered both objects invisible to me, and I’d probably walked by each without knowing their significance. Even worse, both items were impossible to backtrack to, and my save files were so inconveniently timed I might as well restart the game. That’s roughly six hours of wasted game time, not counting deaths and reloads, just because critical items were poorly placed. (For the record, this was a significant in-game event. The carnival boss is Silent Hill‘s second-last, and how you defeat it determines whether you have a positive or negative ending.)

As much as I enjoyed Silent Hill, I couldn’t justify replaying the entire thing for just one item. Perhaps one day I’ll return, when I can rediscover its pleasures and terrors without the memory of soured gameplay. But the really strange thing? I was frustrated because I wanted to keep going, to explore those darkened alleyways and fog-filled streets. I even wanted to learn more about Silent Hill‘s cult, which later fans claimed undercut the supernatural power of the town.

Perhaps that’s the real power of Silent Hill: Despite its age and flaws, it’s a survival horror series that quietly sinks its claws into you. For all its lackluster origins and sequels, you can always see a perfect horror game somewhere in its mists. And now that Silent Hills is cancelled, that missed opportunity tears at us like we’re trapped in our own personal hell – or rather, our personal Silent Hill.

Good Old Reviews will continue its retro horror coverage next week with the first survival horror game – Alone In The Dark.