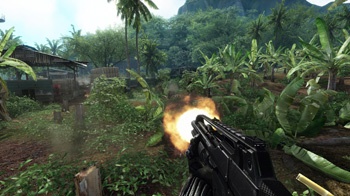 Piracy has been in the news a lot lately. And, by lately, I mean for the past decade.

The people doing the pirating are decked in that sheen of youthful rebellion, the digital revolutionaries with big talk about power to the people and the rights of the consumer. They tap into an undercurrent of conflict between the industry and its customers, and offer the safe thrill of anonymous theft without consequence. Compared to an industry with a PR problem and the perception that said industry is going to see legitimate customers as criminals anyway, it’s not difficult to understand why the wave of popular opinion doesn’t really move against the pirates.

Meanwhile developers and companies who see generations’ worth of man-hours stolen as casually as a handful of candies from the Take One jar have grown understandably tired of having their game downloaded for free. They are angry at a popular opinion that labels them the bad guys every time they are forced to try and defend their work as well as the casual dismissal of the plague of piracy as being overblown and irrelevant. Imagine being hit with a baseball bat by a mugger, and then watching as everyone sympathized with the mugger because the bat gave him a nasty splinter. PC developers are being forced to make more dramatic decisions in the face of overwhelming piracy, an issue that Cevat Yerli, CEO of Crysis developer Crytek, recently enumerated at one legitimate copy to every twenty pirated.

For these people, piracy is far from a tired subject. It’s the elephant in the room, the most important issue in all of gaming. They remain hard at work trying to find a way to squash it. If that means throwing the baby out with the bathwater – in this case the baby being PC gaming and the millions of molecules of bathwater each representing a tiny microscopic pirate – then at this point the prevailing mentality is: so be it.

I don’t really want to get into a debate over the morality of piracy, mostly because there isn’t a debate to be had.

As I understand the basic fabric of the social contracts that struggle to keep most of humanity from bashing each other’s heads in with the bleached femurs of our enemies, there are some basic concepts about right and wrong that we all agree to by living within a society. One of those is that when you use something that someone else used resources to create, you’re expected to give some of your resources in return. That’s good. That’s ten thousand years of civilization at work. It’s safe to describe the concept as pretty well entrenched.

Oh, I’ve heard the piracy justifications, and believe me, they’re adorable. When I hear all that yahoo-whackjob nonsense about entitlement to try before you buy and how pirates are actually helping gaming (a claim so audacious and magnificently detached from reality that I chortle just thinking about it) I just want to tussle your hair and call you Skippy. But, let’s check in with reality for a second.

If you’re a pirate, no one cares what you think. 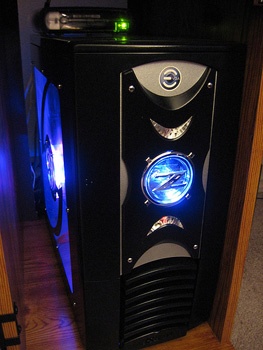 As you’re furiously crafting an ireful response with expletives in big capital letters so I can’t miss ’em, understand I’m not trying to change you. It’s not just that I don’t care enough about you to bother, it’s that I’d hate to waste my breath.

My experience has not been that people engaging in frequent piracy, or worse advocating for it, are open to arguments that expose their malfeasance for what it is. In fact, I think the most consistent problem in addressing piracy within the industry, within the media and within discussions of the problem is that it includes the pirates in the conversation, as though they had something useful to add. Bad move.

They shouldn’t get a say. So, let’s work from that angle.

Yes, I think Cevat is inflating his 20 to 1 statistic, but he’s probably not nearly as far off as you or I might think. Looking at arguably one of the largest P2P torrent sharing sites on the web (no, I’m not going to link to it), and the number of Games torrents currently available, the evidence is absolutely damning. Despite PCs’ relative weakness in the marketplace, clearly in the backseat by orders of magnitude in relation to the next gen and handheld systems, it represents 50% of all torrents. Let me stress that – the number of illegal PC downloads are, at any given moment, equal to or greater than the illegal downloads for every other system combined.

Now, this is where pirates start making statements about the fallacy of equating those downloads into lost sales, and the part where I say again: No one cares what you think. I’m not just saying that to taunt them into frenzy, like rubbing a cat’s fur the wrong way. I’m saying it because from the industry point of view, it’s just a basic truth.

Write a ten page essay on the positive economic effects of piracy on the games industry, hand it to any industry professional and see how long it takes them to throw it in the garbage. Hint: watch closely when they get to the part where the person says, “Yes I pirate games, but…” In the industry, that’s the equivalent of being a racist and starting your sentence with “I’m not a racist, but …” Seriously, it doesn’t matter the justifications, the industry is not going to pay pirates the slightest attention.

Pirates give up their right to be involved in the debate by shattering the basic contract of commerce, and then add insult to injury by screaming about how they aren’t really doing anything wrong. I can only assume that people who hold the assumption that piracy is a positive either have a fundamentally broken concept of ethics, no basic understanding of business or are irretrievably stupid.

Here’s the bottom line: Yes, piracy is destroying PC gaming. That is an immutable truth, evidenced by the exodus of PC developers defecting en masse to make games for consoles. End of story. And frankly, I’ve lost patience with it. 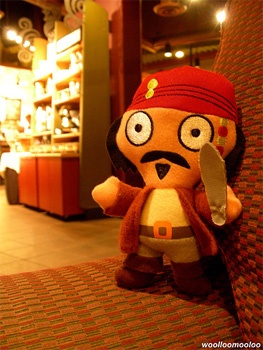 This isn’t a call to pirates to stop pirating. That would be pointless. That segment of the community wraps itself in the blanket of irrational justification, unearned entitlement and artificial righteousness, and there it rests, soundly believing its own lies and infecting weak-willed minds. This is a call to the general gaming public to stop vilifying the innocent and deifying the villains. Or, more specifically, to stop buying into the twisted agenda of a pirate community whose arguments clearly fail under any kind of critical and informed analysis.

I understand that the pirate agenda is alluring. I understand that they have mechanisms in place that allow for the free access to games with virtually no immediate consequence. I understand it’s easy to be deceived into seeing the actions of game companies who must protect their products as greedy guys in business suits driving around in expensive German cars making phone calls to each other about how they ruined your gaming experience. But, you’ve got to stop kidding yourself that you’re not being manipulated when you buy into such obvious nonsense. Piracy is not revolution, nor civil disobedience of any import, nor a vote for positive change in the industry, nor beneficial to the games business, nor legal, nor ethical, nor moral, nor anything but a breech of the basic contract of commerce and a selfish, stupid, callous, arrogant and malicious action.

Most importantly, stop letting them have their say. Stop entering into debates with piracy advocates, offering them space to proselytize and recruit. Stop believing that every opinion is valid, and being deceived by arguments that make it difficult to see the forest for the trees. When you see pirates telling you what great guys they are and how what they’re doing isn’t really illegal, immoral, destructive and completely self-serving, please let common sense dictate. They are a cancer, and while we don’t have a cure for cancer, at least stop letting the cancer convince you how good it is.

Sean Sands is co-founder of the gaming website www.gamerswithjobs.com and probably shouldn’t expect to be invited to the PC Gaming Pirate’s Christmas party this year.