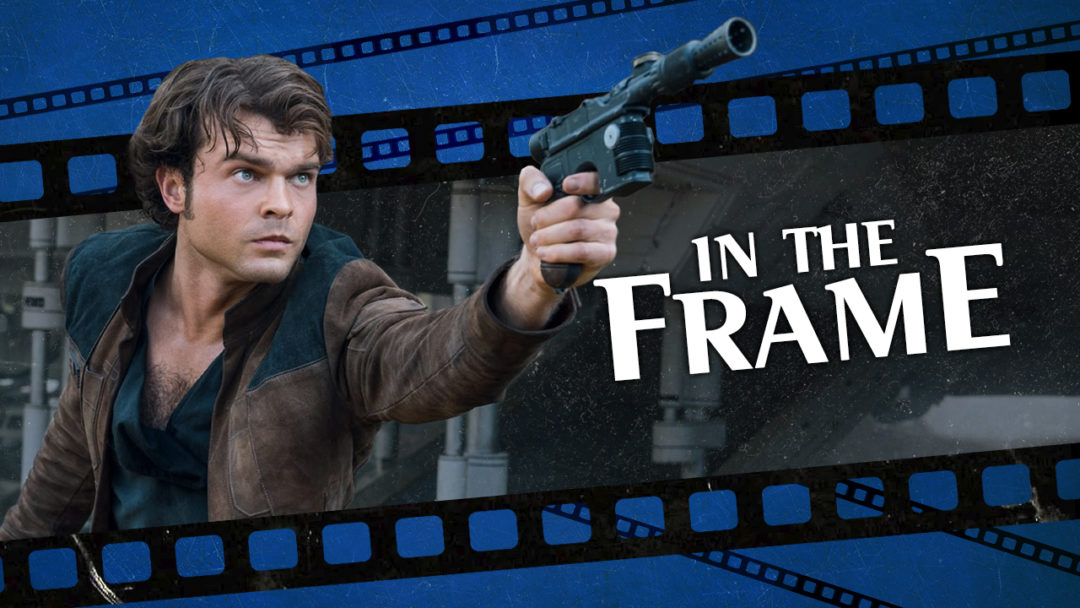 Right up unto the release of Solo: A Star Wars Story, the Star Wars movies felt like events.

That is a large part of the way in which they have been sold. The unique nature of the franchise means that it has cross-generational appeal. Kids who went to see Star Wars in 1977 could bring their kids to the mid-’90s re-releases and the prequels — and maybe even their grandkids to the sequel trilogy. There is a reason that so much of the marketing of The Rise of Skywalker leans into this idea.

Think about the experience of watching a Star Wars movie. The lights go down. The screen goes dark. That familiar text of “A long time ago in a galaxy far, far away” appears on screen. And then John Williams’ fanfare roars to life as the title appears on screen before retreating into the distance and the opening crawl begins. It is a ritual, one that feels sacred due to repetition.

From a cultural standpoint, Star Wars movies feel “special.” Everybody knows Star Wars. Everybody can hum the fanfare. Most people are familiar with various characters and catchphrases, even those who have only seen the movies once – or even people who have never seen them at all. They are pop cultural monuments. It is hard to think of films with equivalent cultural weight.

When Disney bought the franchise, they played into this facet. They opened The Force Awakens, Rogue One, and The Last Jedi at Christmas. Christmas is traditionally a family time, and so this release schedule felt right. It would be possible for generations of families to attend these films, to share something unique in this highly fragmented media landscape.

Solo was famously a misfire for the Star Wars franchise. It still scored positive reviews, just less positive than the films around it. It might have still turned a profit, just significantly less of a profit than the three movies leading into it. There had been talk before the film’s release of expanding it into a trilogy, and the film hints heavily at a sequel, but a follow-up will likely never materialize.

It is impossible to entirely accurately explain why some movies perform and others don’t. Audiences are fickle and act on a variety of complicated factors that often operate at odds with one another. However, there are a number of things that distinguish Solo from the films that came before, even outside of its (very publicly) troubled production history.

Solo does not feel like an event in the way other Star Wars films do. It is told under the “A Star Wars Story” banner, distinguishing it from the primary nine-film saga. It eschews a lot of the ritualistic elements of watching a Star Wars movie, from that iconic John Williams fanfare to the opening crawl. It also opened in May, only five months after The Last Jedi and perhaps saturating the market.

Solo was not the first live-action Star Wars film to exist outside the umbrella of the larger saga. However, Rogue One worked in large part because it used that distance to indulge iconoclasm; it offered broken versions of familiar Star Wars archetypes, including traumatized war veterans and remorseless terrorism. It felt like it had a reason to exist, even in conversation with the franchise.

In contrast, Solo strips out a lot of what makes Star Wars unique and distinct and replaces it with generic components that reflect modern blockbuster sensibilities. Although Solo is packed to the brim with continuity references and in-jokes, it exists more in the context of Guardians of the Galaxy or The Fate of the Furious than the original Star Wars.

This is most obvious in the way that it positions itself as an “origin” story for Han Solo, in the way that superhero movies have conditioned audiences to think about origin stories. The film introduces a formative trauma for Han Solo that explains his entire pathology. Solo serves to tell the audience why Han acts like such a jerk to the other characters in Star Wars.

Like Batman Begins or Iron Man, the film rattles through backstory explaining how Han came to be — his relationship with Lando, how he became best buddies with Chewie, how he won the Millennium Falcon, the infamous “Kessel Run,” why he puts on the rogue façade, why he always shoots first, even the origin of the name “Solo.” However, Han Solo already has a clear origin story.

His arc in the Star Wars trilogy is his journey, at least as films and audiences understood such journeys before everything about a character had to be explained and spelled out. In those three films, Han goes on a journey from an emotionally distant scoundrel to a lovable rogue. The audience doesn’t need anything more to complete that arc. Indeed, Star Wars often thrives on negative space.

Solo tries to reduce Star Wars down to intellectual property and an established brand. Of course, the franchise had recast roles before, for the prequels. Hayden Christensen played a young Anakin and Ewan McGregor played a young Obi-Wan Kenobi. However, Anakin spent the original trilogy in a breathing apparatus and Obi-Wan was a supporting character played by sexagenarian Alec Guinness.

However, the recasting of Han Solo from Harrison Ford to Alden Ehrenreich reflects the desire to reduce the character to a piece of branding – to insist that Han Solo is more important than the actor who plays him. It reflects the way in which other franchises reboot and recast, with different actors playing Spider-Man or Superman or Batman over the years – even in parallel.

It misses the fact that Star Wars is different, that Han Solo is inseparable from Harrison Ford. One of the more interesting details of Solo – quite apart from rumors of a studio-mandated acting coach – is that Ehrenreich seems to realize that impersonating Harrison Ford would be a fool’s errand. Instead, Ehrenreich seems to (subconsciously) pitch his version of Solo as a seventies Jack Nicholson.

Even the film’s sense of humor is in step with that of modern blockbusters – the winking, self-aware “we’re in on the joke, so it’s fine” style associated with the Marvel Cinematic Universe. A robotic slave rebellion is reduced to an off-hand joke, lines are quoted out of context, and Han even corrects Billy Dee Williams’ longstanding mispronunciation of his name.

Star Wars has always taken itself relatively seriously. The saga has a sense of humor, but it tends to be broad and slightly goofy – a little deadpan, a little cheesy, occasionally a little awkward. Instead, Solo insists that it is in on the joke. This makes it very hard to take the stakes seriously, particularly when it ironically deflects from bigger and weirder ideas like Lando’s relationship with the robotic L3.

The result is a film that strips any broader sense of what makes a Star Wars film unique in favor of more modern trappings. It is a standard boilerplate blockbuster that just happens to have been delivered with a Star Wars theme. All the references and allusions are just trappings, the same way that Elizabeth Banks’ Charlie’s Angels packs itself to the brim with unnecessary callbacks.

Solo rejects the idea that Star Wars is a franchise with a strong identity of its own, that these films have always been events with their own stylistic sensibilities that stand apart from the ebb and flow of franchises around them. There was a time when Star Wars defined the movies that followed, just as The Empire Strikes Back defined the franchises that followed.

Instead, Solo is content to follow rather than lead, giving up anything resembling a unique aesthetic in favor of presenting itself like any other studio blockbuster. Ironically enough, given its title, Solo refused to stand out from the crowd — and suffered dearly for that.