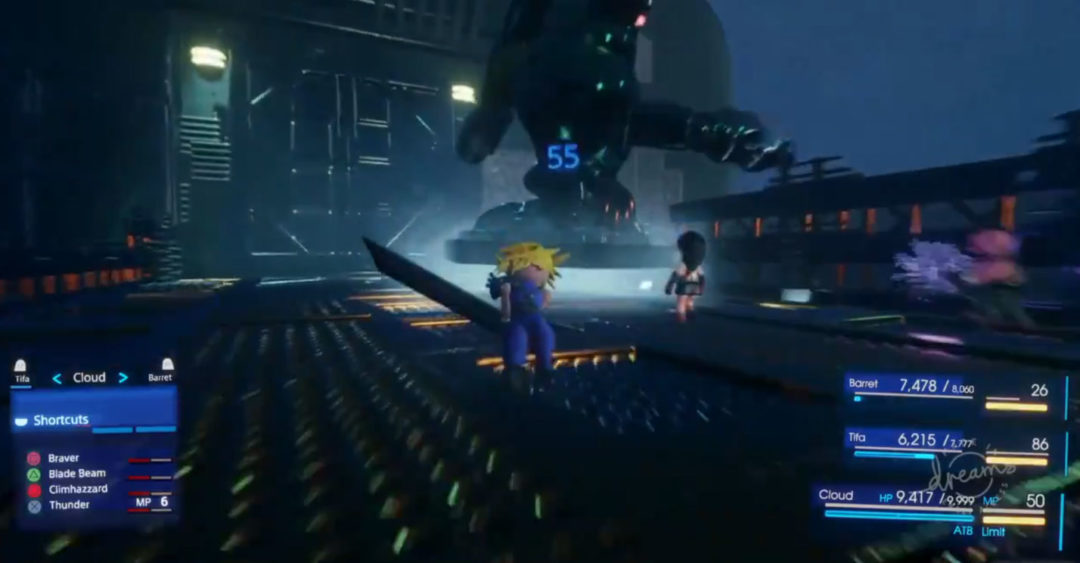 If you missed out on the Final Fantasy VII Remake demo from E3, Dreams might offer the next best option.

With the exception of a few polygons, this footage by Twitter user @figburn of Final Fantasy VII Remake recreated in Dreams Creator Early Access matches up quite well to the demo. You can play the level by PSN user sosetsuken5360 yourself if you download Dreams, which is only $29.99 while in Creator Early Access.

Numbers pop to indicate damage dealt, menu-based combat makes a brief appearance, and the player can switch between different characters during the action. Sure, the graphics aren’t quite on the level of the official remake. The player models look more like their classic PlayStation 1 versions, which is a nice touch. One detail that matches up particularly well with the remake though is the HUD in the lower left and right corners.

Dreams has proven to offer a solid foundation for those wishing to bring classic games back to life, and this is yet another fine example.

Escapist got hands-on with FFVII Remake at E3, so be sure to read up on our thoughts.

If this appetizer is not quite enough to satiate your Cloud needs, then look forward to the official Final Fantasy VII Remake when it releases on PlayStation 4 come March 4, 2020. Dreams does not yet have an “official” release.