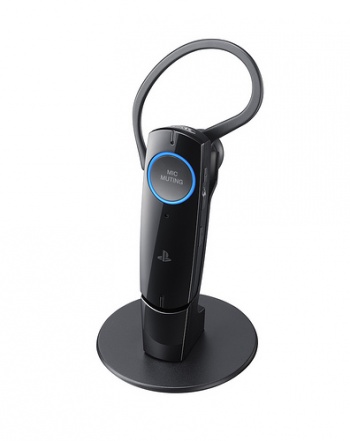 It’s not that Sony doesn’t want to let you talk to people still playing Call of Duty: World at War, it’s that it can’t.

For as long as I can remember, people have argued about which console is best. “PS3 has the best graphics!” “360 has the best games!” “Wii has the best … um, controller wiggling!” While there are many gamers who’ve happily purchased more than one system from the plastic pantheon, there are also those who will never let you forget the one and only machine they’ll ever buy ever (ever!). For those of you on Team Xbox, you now have one more factoid with which to prod and irritate your PS3-loving friends: Sony Worldwide Studios president Shuhei Yoshida has revealed that the PlayStation 3 doesn’t offer cross-game chat, one of the console’s most desired features, because it doesn’t have enough memory.

During an interview with Eurogamer, Yoshida explained that “once a game gets RAM [they] never give it back. It’s not possible to retrofit something like that after the fact. The game has to use its own memory to do [in-game voice chat].”

“There’s always voice chat in the game,” he later continued, “but it’s a part of a game feature. It’s not a part of an OS feature. That’s the reason in terms of the ability to have voice chat across different games.” Translation: You don’t have it now, and you’re never going to.

Interestingly, the PS Vita, Sony’s upcoming hotly anticipated handheld, will actually have more RAM than the PS3. That shiny black box beneath your television is sporting only 256MB of system RAM and 256MB of video RAM, while its portable counterpart coming out early next year will boast 512MB of system alongside 128MB of video. This advantage will allow the Vita to offer cross-chat, something its older brother never can.

For me, the lack of cross-chat, or a comparable “party system” to what Xbox 360 currently offers, has always been a serious downside to PSN multiplayer. I don’t generally want to harsh my buddy’s mellow while he wafts through Flower and I’m in the last few minutes of a close Uncharted deathmatch, but this feature can be used for other things as well. Communicating before matchmaking and creating isolated chatrooms for use in the same game (I hate having to individually mute twenty people just to hear my friend’s voice) would both be welcome additions that my much-loved PS3 will never be able to offer in a firmware update or otherwise. Bummer.

Story of the Stars