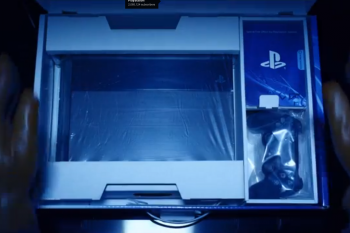 When every man and his dog is uploading their “first PS4 impressions,” to YouTube, you’re bound to get a couple of lemons.

As fans finally got their hands on the very first PlayStation 4s, some were disappointed to find units dead-on-arrival, or, suffering from a hardware-killing error after an intermittent time of play. Dubbed the “red line of death,” as a reference to the Xbox 360’s famous “red ring of death,” it was certainly a worrying start to the new console generation.

However, Sony has now come out and said that these kind of issues are affecting a much smaller number of consoles than the YouTube videos would have you believe. Spokesperson Dan Race said that the number of units affected overall is fewer than 1 percent of all consoles sold and added those issues are “within the expected range for a new product introduction.” He added that some of the units may have been damaged during the shipping process.

As for a potential fix, and whether you should be worried about your own console: “There have been several issues reported, which leads us to believe there isn’t a singular problem that could impact a broader percentage of PS4 units,” said Race.

“We understand the frustration of consumers that have had a problem and are working with them and our retail partners to help troubleshoot issues and ensure affected units are exchanged,” assured Race. Sony has since released a troubleshooting guide to help users who are having issues with their console.