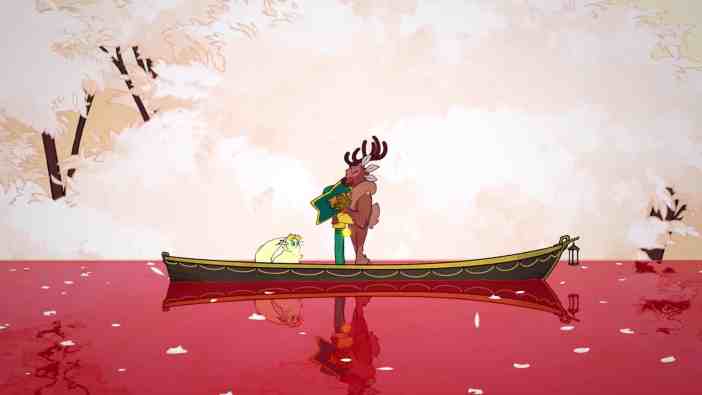 Spiritfarer is a game that deals closely with death — not as a fail state, but as a key theme. In the midst of untold tragedy in the real world, Spiritfarer is a cool breeze reminding us that death, while confronting, is just another part of life’s journey. The game casts you as a Charon-like figure, ferrying souls onward to their afterlife. At the same time, protagonist Stella is akin to a reaper from Dead Like Me, helping the dead to prepare for what comes next.

The former manifests in the game through the navigation elements, as Stella directs her vessel from port to port, interacting with those aboard during the automated travel. The real meat of the game is in the metaphorical guidance, where Stella fulfills the requests of those aboard. The demo made available for the Steam Game Festival uses those requests as a crash course tutorial, introducing players to the various life-sim mechanics including cooking, fishing, and building. The rapid pace of learning and the joy reflected in every movement makes these minigames truly fun.

However, something is missing in the primary questline of Stella helping a soul to move on. The mechanics are finely tuned. The motivation is fully justified. The environments you visit during the quest are simply sublime — evocative and atmosphere. It’s the quest design itself that feels a little rickety. 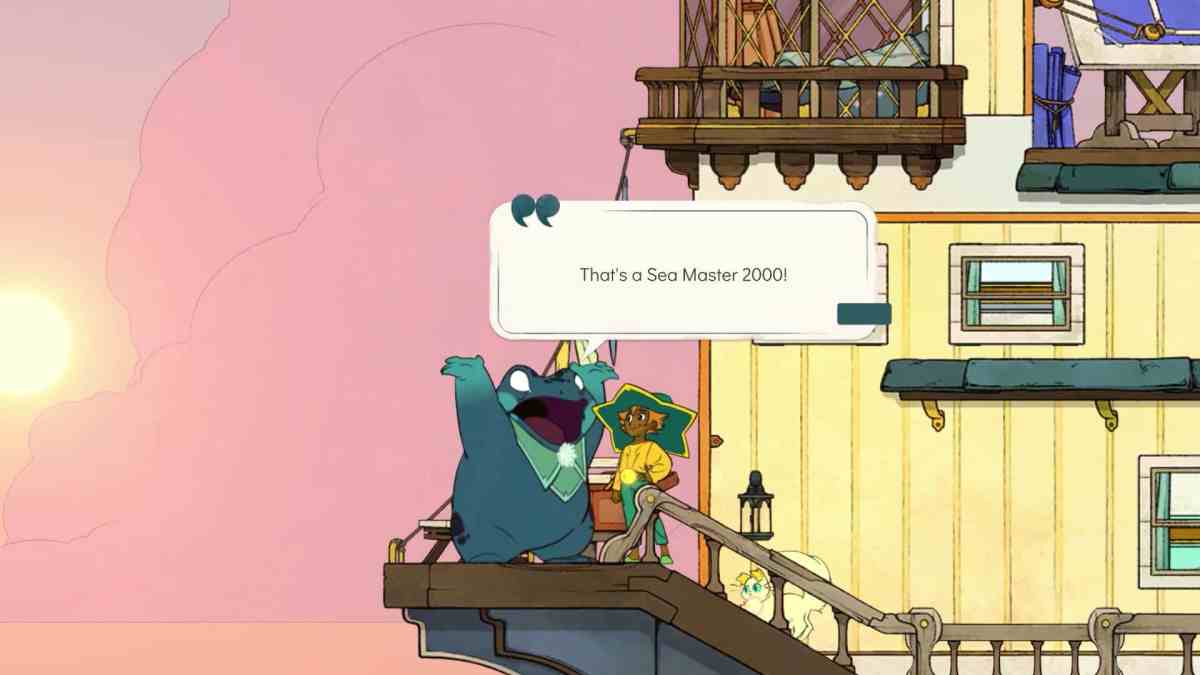 Simplicity is the name of the game, but the fetch quest that moves the action furthest forward is too simple. Learn a new skill, then use it a couple of times only a few steps away to progress. There’s no real thought required. On the other hand, that design thwarts any sense of frustration. Spiritfarer is a game of unadulterated coziness.

You can pat the kitty in Spiritfarer. You can also hug people or give them random trinkets and food that you’ve picked up along the way. You can tend a garden or cook a fish. Or you can spend time simply wandering in and out of people’s cabins on board your otherworldly vessel. It feels so nice.

That feeling is helped along by developer Thunder Lotus‘s signature hand-drawn art style. Previously used to create the epic scale of Jotunn and the dark majesty of Sundered, here it evokes an almost Ghibli-esque atmosphere of pleasantness, aided by the exuberant energy of the animations. Stella practically buzzes with how she runs, leaps, and glides — and even cooks and gardens — putting Sonic’s octane to shame.

That vigor is matched by the moment-to-moment gameplay, which sees Thunder Lotus leveraging its experience from Sundered to create tight, hyper-responsive, 2D platformer-inspired mechanics. All in all, the tone is one of an irrepressible joie de vivre.

For me, the demo passed in a blink. I felt as though I’d barely sat down before my time with it was over because it is such a serene, transporting experience. The calming soundtrack settles you in, and the bright, bold artwork carries you away to a simpler place and time — a childhood, maybe, or a vacation. The game may be about death, but you’re not going to leave it with the funereal pall of misery weighted around your shoulders. You’ll feel uplifted. Hopeful. To challenge us is the power of all art. To subvert the very idea of grief is the artistic power of Spiritfarer.