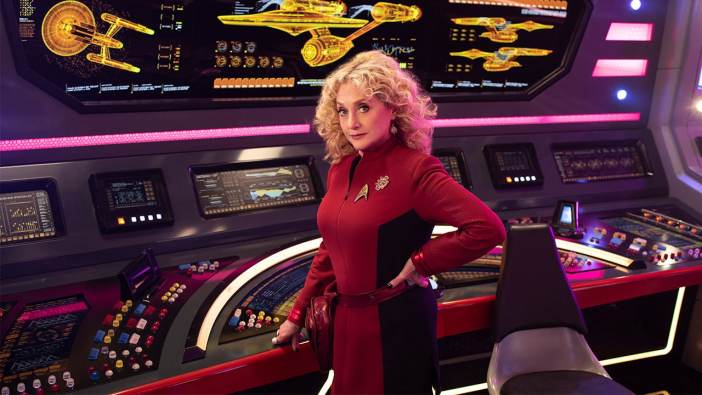 It’s Star Trek Day, which, for the record, Star Trek had claimed long before Disney also made it Disney+ Day. As such, Paramount held a special event where it dropped a whole bunch of information about the upcoming seasons of their Star Trek shows like Picard (season 3 being the end of the series), Prodigy, and Strange New Worlds, most important of which is the release date for a few of them.

To kick things off, we got a premiere date for Star Trek: Picard season 3 in a new sneak peek trailer, which is set to bring back the entire bridge crew of the Enterprise for one last adventure. The show will return for its third, final, and hopefully actually good season on February 16, 2023.

Next to land a release date is the return of Star Trek: Prodigy, which still stands as some of the best Trek made in this new generation of Trek. Paramount dropped a clip of the show showing off the “real” Captain Janeway while announcing that the second half of the first season will premiere on October 27. The series is also set to see another actor from Trek return with the casting of Billy Campbell. He played Thadiun Okona in a series of recurring parts in The Next Generation.

Meanwhile, Star Trek: Discovery gave us a behind-the-scenes look at the upcoming fifth season as the show trudges forward despite varying degrees of quality each season. There’s not that much to say about it, but sadly it appears that they’re sticking with the hideous uniforms from the past season.

Finally, while we didn’t get a release date for Star Trek: Strange New Worlds season 2, we get our first look at it through a clip and the news that Carol Kane will join the cast as Pelia, the ship’s new engineer. “Highly educated and intelligent, this engineer suffers no fools. Pelia solves problems calmly and brusquely, thanks to her many years of experience,” Paramount says of the character.