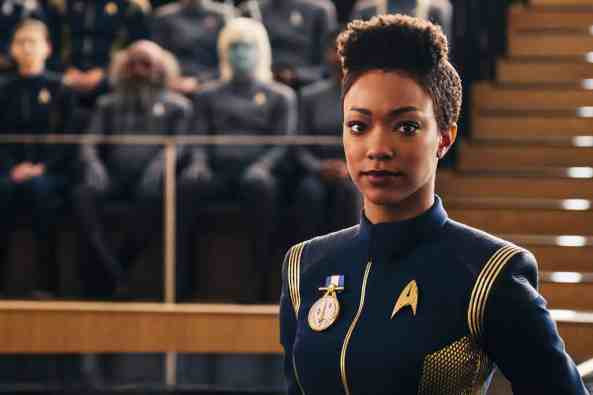 What’s a broadcast network to do? With COVID-19 making TV production very delayed, networks are scrambling to fill their fall lineups as summer comes plodding to an end. CBS’s solution is to bring CBS All Access content, specifically the first season of Star Trek: Discovery, to the channel. This will help it have a full schedule and hopefully lock in some new fans who may be willing to pay for its streaming service.

The first episode of Star Trek: Discovery will re-debut on Sept. 24 at 10 p.m., and a new episode will air each week from there at the same time. The first episode actually already aired on CBS back in 2017 when the show launched to gin up subscriptions to CBS All Access, but this is the first time the network will air an entire season.

It will be interesting to see how they make the show fit into a standard broadcast hour, as episodes run wildly different lengths with some as short as 38 minutes and others pushing towards an hour. Most likely small cuts will be made to the longer episodes and the shorter ones may just get more ads.

CBS is framing this as a promotion for the launch of the show’s third season on Oct. 15 on CBS All Access, but considering the announcement was coupled with a ton of other filler shows, it’s pretty clear the network is looking to fill a weekly schedule out of nothing. They could do worse than Discovery. The show has been a big winner for CBS All Access and spurred the studio to produce a wide range of Star Trek shows, including Star Trek: Picard, Star Trek: Lower Decks, and the upcoming Star Trek: Brave New Worlds.