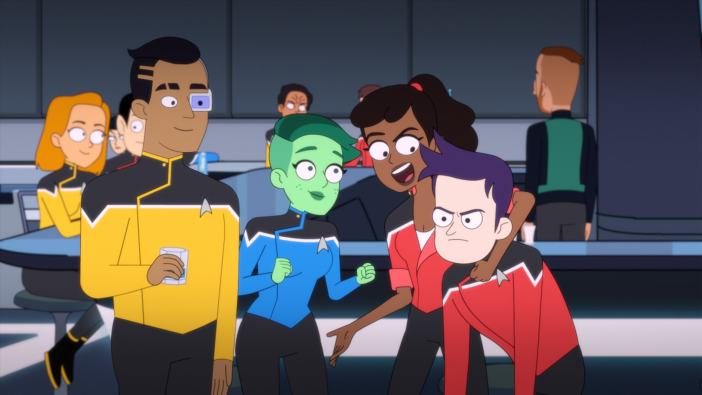 An issue facing modern Star Trek is the sense that the franchise seems to have very little to say beyond empty platitudes and the nostalgic regurgitation of familiar iconography.

Star Trek is most compelling when grappling with contemporary culture. The original show filtered the Vietnam experience through stories like “A Taste of Armageddon,” “Errand of Mercy,” and “A Private Little War.” It navigated conflicted feelings about youth culture in episodes like “Miri,” “This Side of Paradise,” “And the Children Shall Lead,” and “The Way to Eden.” Racial anxieties bubbled through adventures like “Let That Be Your Last Battlefield.”

This is true even when the franchise entered its decline. Voyager is a show steeped in turn-of-the-millennium anxieties, from the gang warfare metaphor in episodes like “State of Flux” and “Initiations” to the culture wars being fought over history in episodes like “Remember,” “Distant Origin,” and “Living Witness.” One of the most interesting aspects of Enterprise was watching the franchise trying to reconfigure itself in real time after 9/11 and during the War on Terror.

This even carried across into the first season of Discovery, which was a pop cultural product of the early Trump era. That season grappled with relevant issues for a contemporary audience. Captain Gabriel Lorca (Jason Isaacs) was a dangerous and unhinged individual who pushed his crew in questionable ethical directions. The Klingon Empire was swept up in an ethno-nationalist fervor. On traveling to the mirror universe, the crew have to learn what it is to live under oppressive fascism.

However, in the years since the premiere of Discovery, the modern Star Trek franchise has almost aggressively avoided any meaningful contemporary resonance. It’s difficult to figure out what precisely the subsequent seasons of Discovery have to say about the modern world beyond a clichéd “we are Starfleet.” Picard has repeatedly gestured at issues around ascendant fascism and immigration but never really reaches any conclusions. 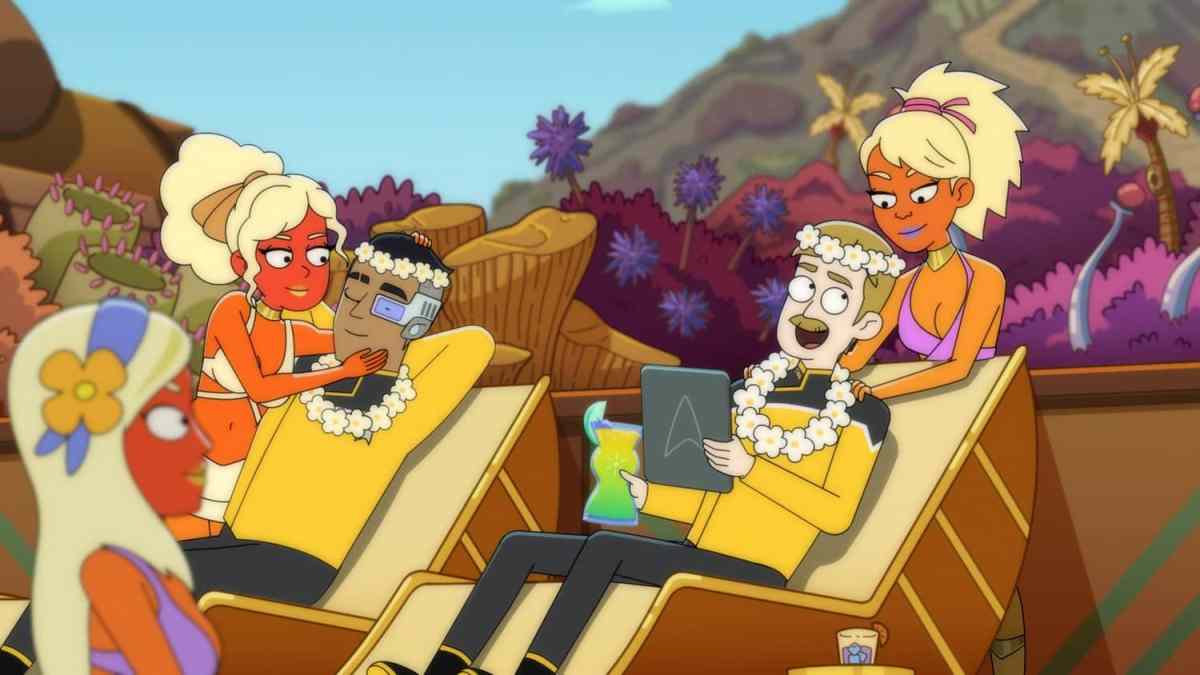 This emptiness often feels intentional. Strange New Worlds has worked hard to position itself as a nostalgic throwback to The Next Generation and Voyager, but the show’s most profound statements are solipsistic meditations on fandom and continuity. It can often feel like these shows are consciously avoiding any meaningful engagement with the modern world, perhaps in the hopes of avoiding the sort of reactionary backlash that accompanies any work engaged in social commentary.

As such, it is fascinating that Lower Decks should emerge as the modern Star Trek show with the most clearly articulated and consistent worldview. The show is undoubtedly nostalgic for The Next Generation and Voyager, populated with cameos, in-jokes, and references to earlier episodes. However, underneath all of that, there is a consistent and timely preoccupation that the show keeps returning to, just as Voyager would return to its meditations on history and memory.

To put it simply, Lower Decks is a show about work. This isn’t a surprise. Writer Anne Petersen (echoing one of her readers) suggested that The Next Generation is arguably best understood as “an aspirational workplace drama.” Its spirit perhaps best lives on in series like Parks and Recreation or Brooklyn Nine-Nine. The show’s episodic structure was designed to emphasize competence and efficiency. Most weeks, the crew was confronted with a unique problem and then had to figure out how to fix it, often in meetings. 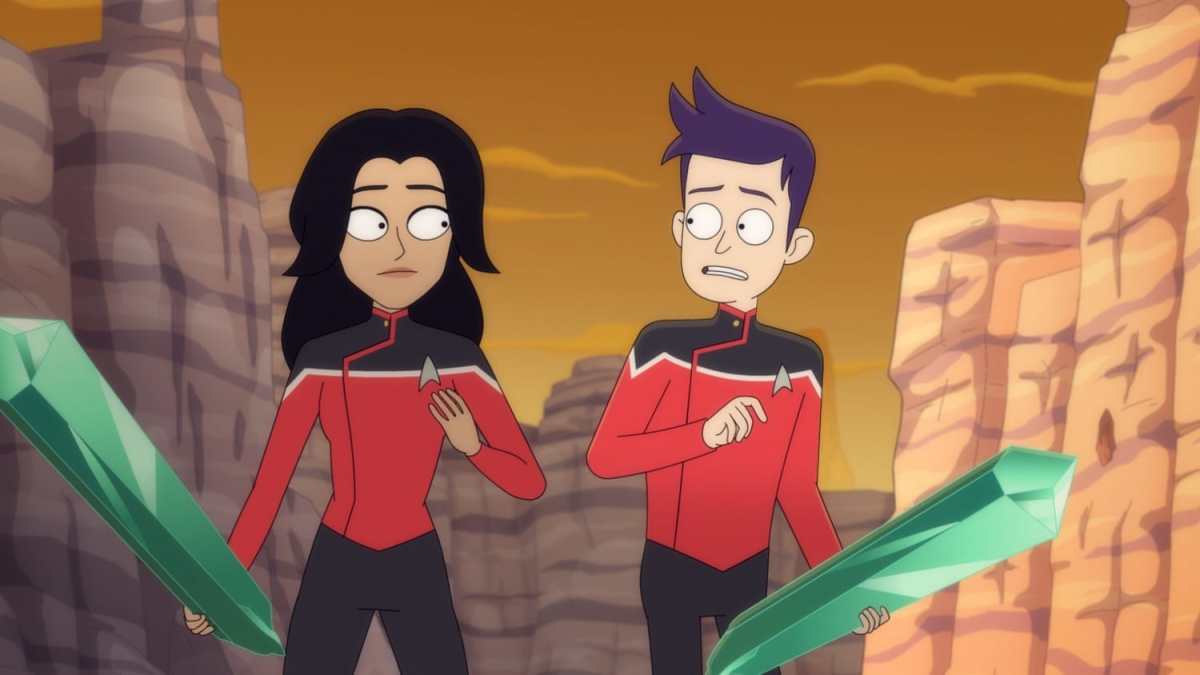 Lower Decks is a show about what it must be like to work in Starfleet. “Room for Growth” opens with the Cerritos crew encountering a Darsi archive like the one encountered by the Enterprise in “Masks.” However, the actual crisis is handled quickly, and the bulk of the episode deals with mundane labor afterwards. Chief Engineer Andy Billups (Paul Scheer) and his crew work around the clock to repair the damage, while Captain Carol Freeman (Dawnn Lewis) fears they are overworked.

Characters like Boimler and Tendi (Noël Wells) are fixated on their careers and their advancement in a way that is rarely explored in Star Trek shows, even for enthusiastic young officers like Wesley Crusher (Wil Wheaton) on The Next Generation and Ensign Harry Kim (Garrett Wang) on Voyager. Even Freeman herself seems quite anxious about how she is perceived within the organization, proposing “Project Swing-by” and trying to manipulate her press coverage in “Trusted Sources.”

Lower Decks returns time and again to the mundanity of working in this high-tech utopian future. The characters don’t even have their own private quarters, sleeping in bunks that open out into a shared corridor. It’s a surprisingly bleak portrayal of working life on a starship that, according to “The Least Dangerous Game,” has at least three choir rooms. It’s no wonder that the ensemble competes so aggressively for a spare quarters in “Room for Growth.”

This fixation on working life feels timely. In recent decades, people who have traditionally seen themselves as middle class have found themselves losing their grounding. It has become harder for workers to earn promotions and raises. The growth of the “gig economy” has eroded ideas of job security. Many of the people who in the 1990s might have imagined a working life like that depicted on The Next Generation are more likely to find themselves with one closer to that of Lower Decks. 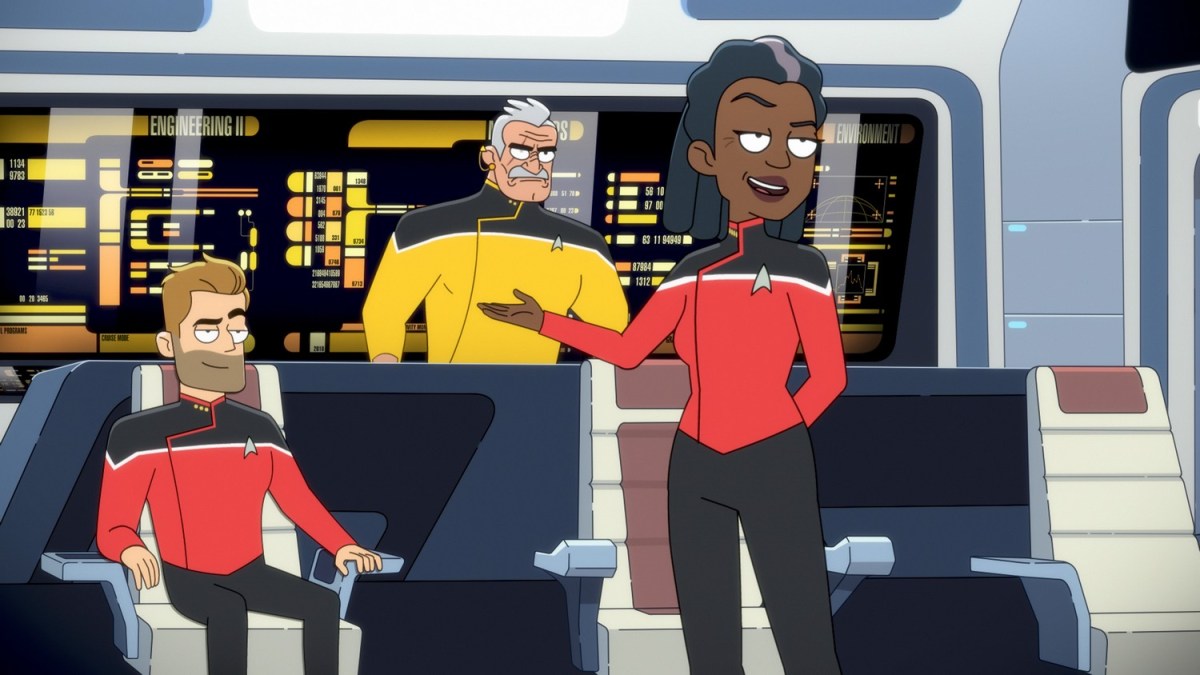 Advances in technology have made the workplace even more hostile to staff. Amazon’s treatment of warehouse staff and drivers in pursuit of “efficiency” and “productivity” has consistently generated controversy. However, Amazon is just the most obvious example. There’s a larger debate taking place over how modern businesses have come to value efficiency above all else. There’s an increasing lack of humanity in modern work culture.

This may explain why so many modern workplace shows have a dystopian bent. Over its three seasons, Corporate veered “between quite funny and one-note-gloomy.” Severance rendered the modern workplace as an absurdist hellscape. Even the relatively traditional sitcom Superstore was ultimately “about how a lot of the working class survives in 2019.” In hindsight, the dysfunction of The Office seems utopian; it’s no wonder it’s a comfort watch.

Lower Decks’ exploration of work culture takes place in a post-scarcity and post-capitalist future. The show stresses that nobody in Starfleet has any understanding of money, with Boimler trading a fortune in latinum for a lousy gift certificate in “Hear All, Trust Nothing” and “independent space archeologist” Petra Aberdeen (Georgia King) chiding Mariner in “The Stars at Night” for pretending she has “any concept of how money works.”

The result of this is a fascinating abstraction, divorcing modern work culture from late capitalism. Nobody in the Federation has to work, but those in Starfleet are obsessed with work. It’s a compelling paradox. Lower Decks depicts Starfleet as an organization fixated on efficiency. In “Temporal Edict,” Freeman strips out the crew’s “buffer time” in an effort to increase productivity, with predictably disastrous results from working her crew to burnout. Boimler and Mariner represent Starfleet at a jobs fair in “Reflections.” 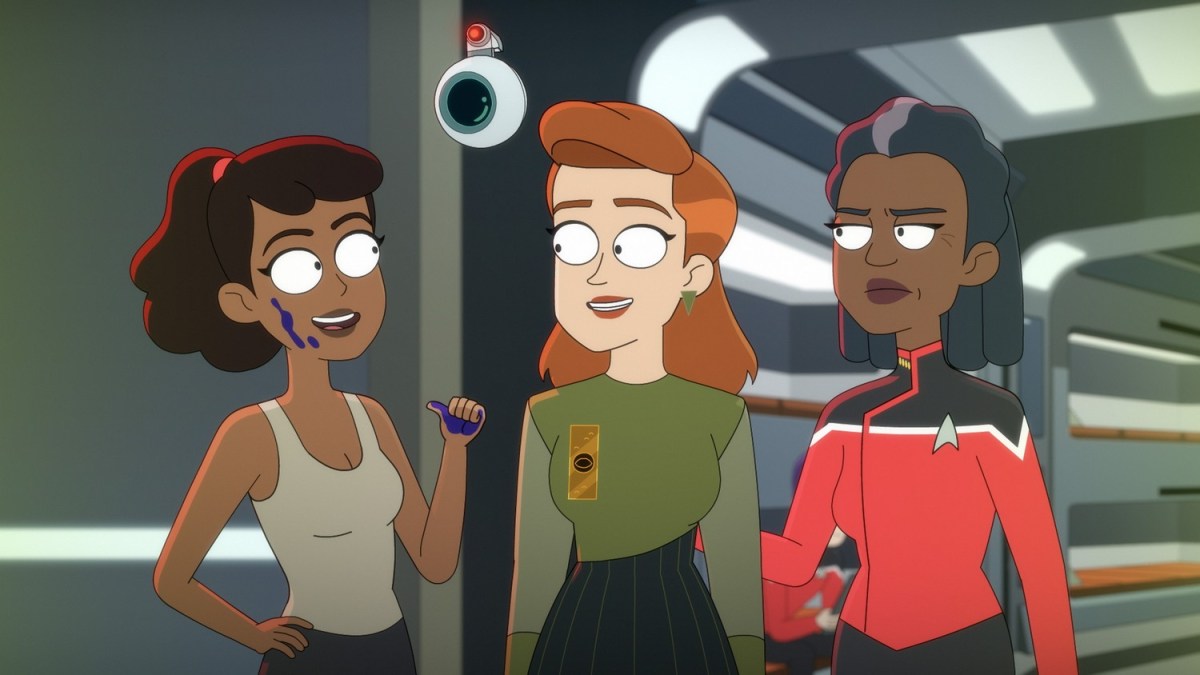 When Lower Decks employs the franchise’s classic “evil admiral” trope, even that is framed through Starfleet’s hyper-competitive work culture. Asked to account for his unethical actions in “The Stars at Night,” Admiral Buenamigo (Carlos Alazraqui) explains, “Starfleet is so competitive. Once you’re an Admiral, you hit a wall. I’ve been trying for years to make a name for myself.” It’s a good joke, but it’s also astute. Buenamigo could be a Tony Gilroy villain.

While Lower Decks draws most heavily from The Next Generation, there’s an interesting recurring overlap with the original Star Trek. The original Star Trek series was fascinated by the idea of rogue computers and evil androids, in episodes like “The Return of the Archons,” “What Are Little Girls Made Of?,” “The Apple,” “I, Mudd,” “The Changeling,” and “The Ultimate Computer.” This recurring fixation could be read as a preoccupation with the perceived dehumanizing effects of communism.

However, it also spoke to fears about automation and industrialization. Fears that workers would be replaced by automatons or computers really took off in the early 1960s, prompted in part by Donald Michael’s Cybernation: The Silent Conquest. This fear was existential. In 1964, philosopher Lewis Mumford considered the implications of “mechanization, automation, cybernetic direction” on what he termed “authoritarian technics.” 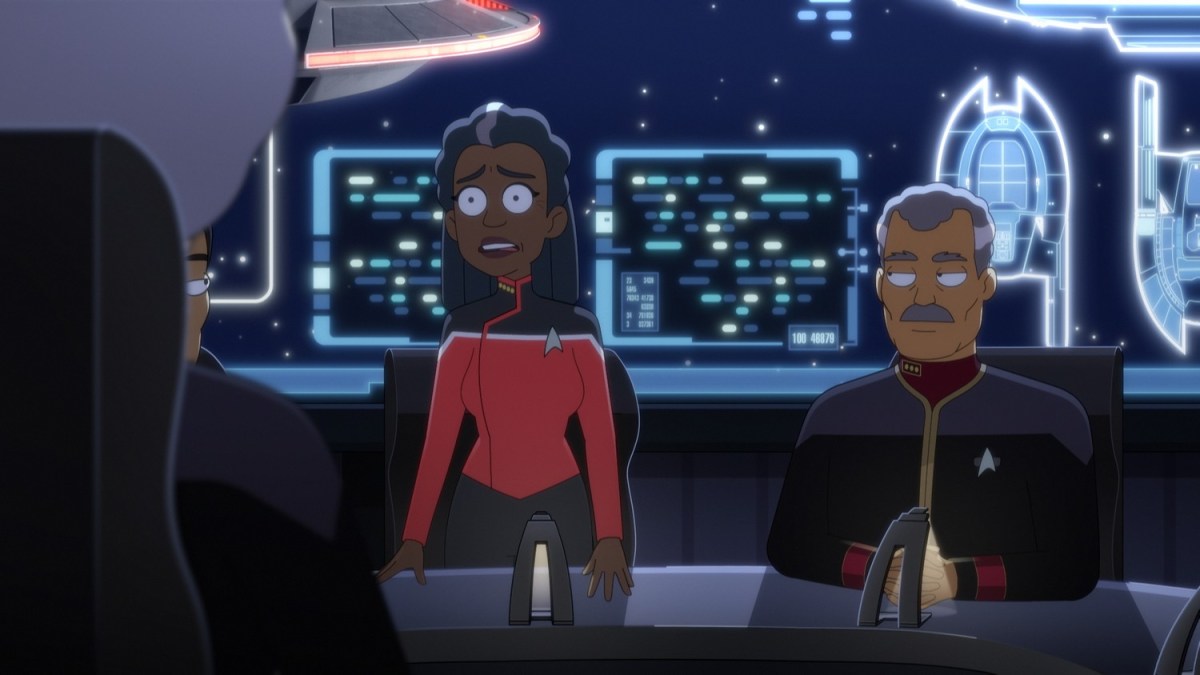 Lower Desks is similarly preoccupied with the threat of artificial intelligence. Badgey (Jack McBrayer), AGIMUS (Jeffrey Combs), and Peanut Hamper (Kether Donohue) are all recurring synthetic antagonists. In “The Stars at Night,” the Cerritos crew face obsolescence with the commission of the new, fully automated Texas class. Much like the M-5 in “The Ultimate Computer,” the automated drone ship in “The Stars at Night” inevitably malfunctions and becomes a directly antagonistic force.

The justification for this investment in automation in “The Stars at Night” by its implementers is that manned missions are “a waste of resources,” and placing the decisions in the hands of a computer will lead to “zero human error.” If the project goes ahead, it will place the Cerritos crew out of work. Boimler complains about the “computers doing (their) jobs,” while Tendi more directly accuses the drones of “stealing (their) jobs.” It’s a timely theme for the show to explore as automation and drones encroach further on working-class jobs.

Modern Star Trek shows like Discovery and Picard frequently confront their casts with apocalyptic stakes and galactic cataclysms. In contrast, Lower Decks is considerably smaller in scale. However, it is also much more engaged with the modern world. Lower Decks doesn’t necessarily have much to say about the rise of fascism or the threat of global warming, but it does offer insights into modern work culture. It’s the franchise’s most probing social commentary in years. 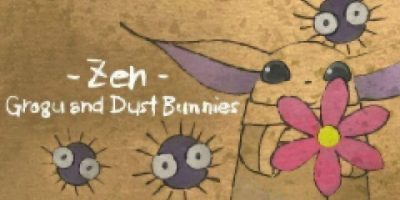 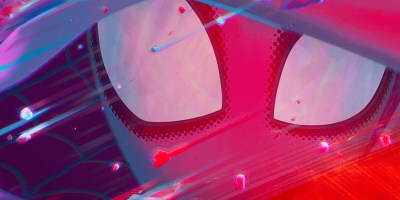 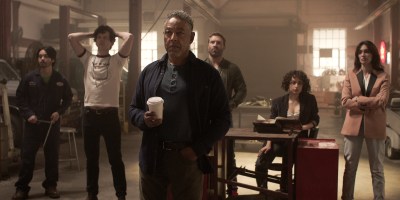