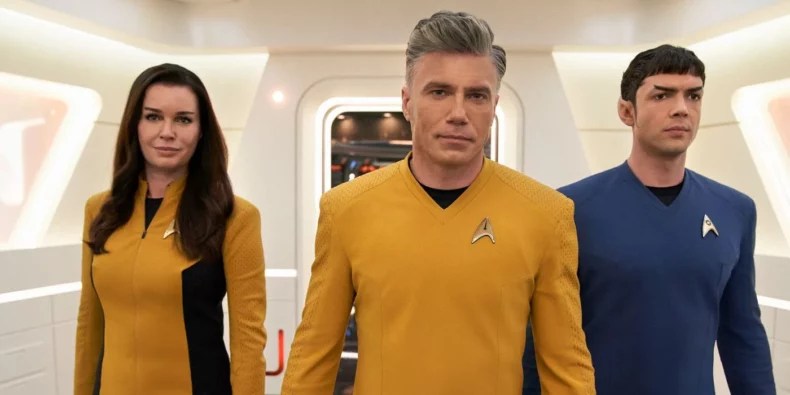 It’s time to get our hopes up again, Star Trek fans. Paramount+ dropped the full, official trailer for the upcoming series Star Trek: Strange New Worlds, and it looks like what fans have been hoping for since the franchise relaunched on the streamer with Paramount+.

The series returns Anson Mount, Rebecca Romijn, and Ethan Peck to their roles from Star Trek: Discovery as Captain Pike, Una Chin-Riley, and Spock respectively. The trio will lead the USS Enterprise years before Captain Kirk took over command. The show’s creators claim that the series will more take after the episodic nature of the older Star Trek shows, and the official Strange New Worlds trailer does bring some hope of that with a myriad of planets and aliens showing up. That’s not to mention a fantastic redesign of the classic uniforms and a hint of campiness that also permeated the original series. Of course, the trailer does end with some pew pew pew…

It’s been hard going for Trek fans with the Paramount+ live-action shows. Discovery, while evidently popular, has consistently disappointed every season, and it plays as nothing more than the Michael Burnham Show. Star Trek: Picard has stumbled along as well. While the animated shows have fared much better, especially Prodigy, the hope of the fanbase is that Strange New Worlds will deliver something that recaptures what Star Trek is actually all about: not big action set pieces, but thought-provoking science fiction.

Star Trek: Strange New Worlds will premiere on Paramount+ on May 5.