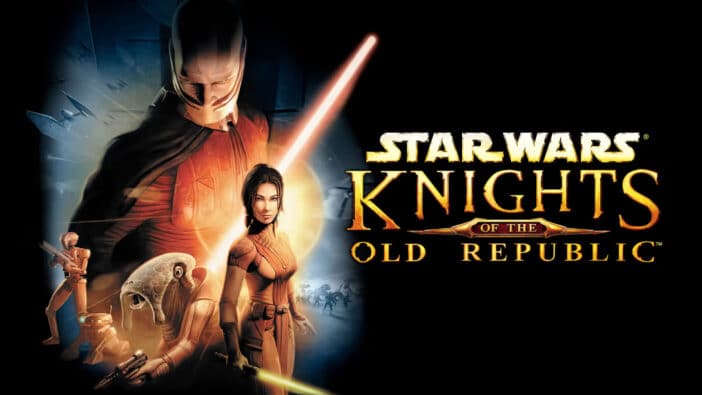 It’s the space year 2021 and Star Wars: Knights of the Old Republic (KOTOR) has finally mind-tricked its way onto a Nintendo console, the Switch. No, this isn’t the much-anticipated remake — it’s a port of the 2003 LucasArts and BioWare original, which, at the time, was one of the finest Star Wars games you could get your hands on. But after 18 long years, does this sci-fi RPG still hold up? Yes, it absolutely does.

I have fond memories of playing the original Xbox and PC releases, and while I’ve only spent a few hours with the Switch version of KOTOR, it’s like I was never away.

Knights of the Old Republic’s biggest selling point is that, though it has since been declared non-canon, it takes place nearly 4,000 years before the events of the original Star Wars trilogy. It sports all the trappings of Star Wars — the Sith, the Force, a squat, Kermit-voiced Jedi Master — but it’s free to tell its own tale. There are no jarring cameos from established Star Wars characters: This is your story, and that’s all there is to it. 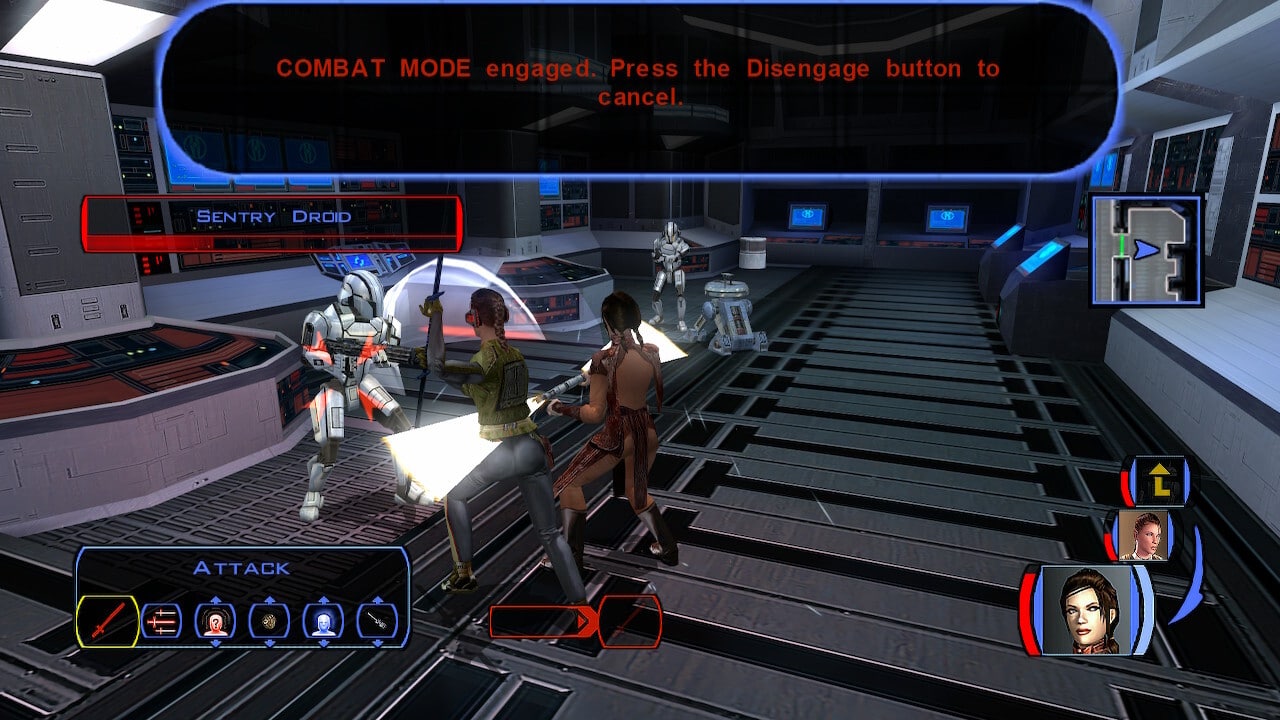 And after a brief tutorial section, off you go on your relatively non-linear journey from being a meager soldier, scout, or scoundrel to a fully fledged Jedi Knight. Along the way you’ll team up with characters like Jedi Knight Bastila Shan, sentient plank Carth Onasi, and hugely entertaining murder-bot HK-47. If you’re itching to get your hands on a lightsaber, you’ll have to wait a good 10 hours or so; Star Wars: Knights of the Old Republic isn’t as sprawling or as open as, say, Skyrim, but with a wealth of side quests you can easily plough 40+ hours into it.

A little disappointingly, the bare-bones KOTOR port does not add the Switch’s decent motion control support to the game, meaning you won’t be flailing your own arms around the room as you duel with your fated lightsaber. However, the game runs well and the graphics (for the most part) have stood the test of time. While the character models are faintly angular, it’s never distracting, even when you’re playing docked on a big screen. 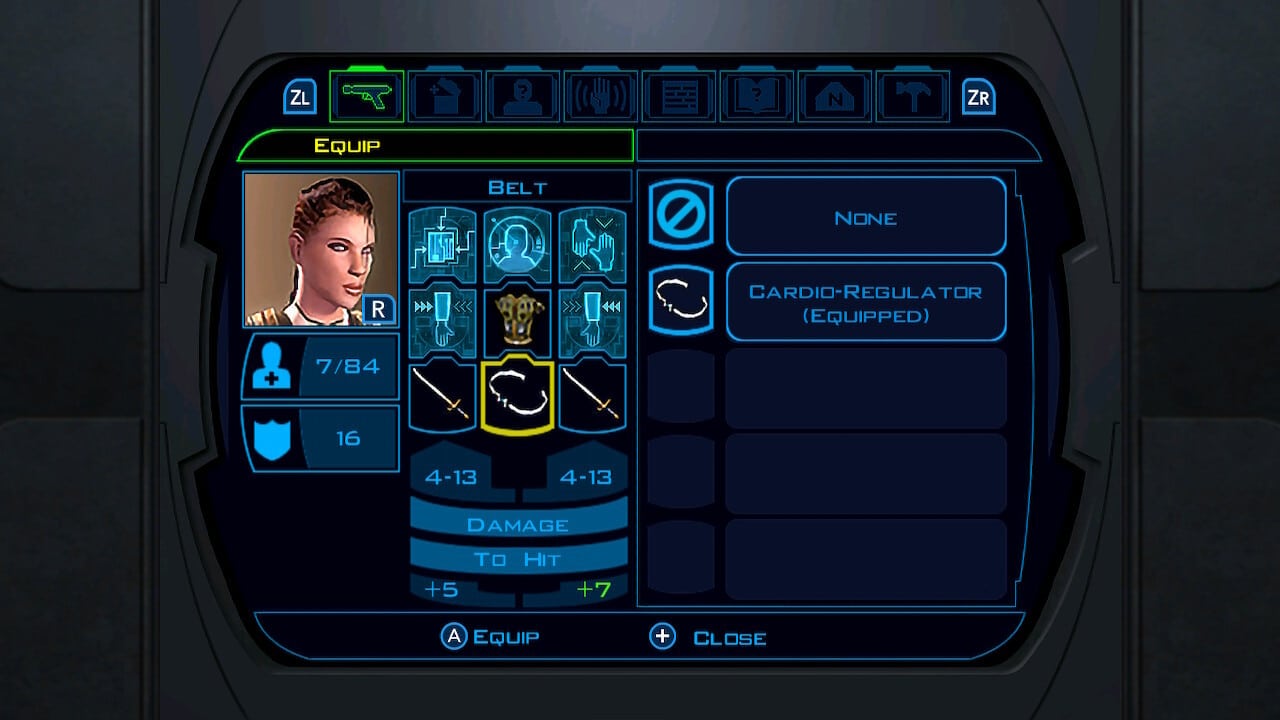 The cutscenes and character portraits haven’t fared quite as well. All feature visual artifacts, either as a result of compression or upscaling. Knights of the Old Republic doesn’t feature that many prerendered cutscenes, so those are less of an issue, but every time you open your inventory you can see how fuzzy the item icons are. It’s less obvious — though still perceptible — when undocked. And since this port weighs in at 12 GB, you might have to Order 66 a few other titles to clear some space. Still, unlike Capc… er, other companies I could mention, publisher and port developer Aspyr isn’t charging an arm and a leg for this Switch version.

None of this port’s minor issues have stopped me from having a whale of a time playing. Yes, the Dark Side choices you’re presented with still mostly boil down to being breathlessly evil for no good reason, but I’m absolutely on board with that. Even though my character is stuck on Taris, I’m still grinning at the prospect of resolving a Romeo and Juliet side quest by goading the families into murdering each other. 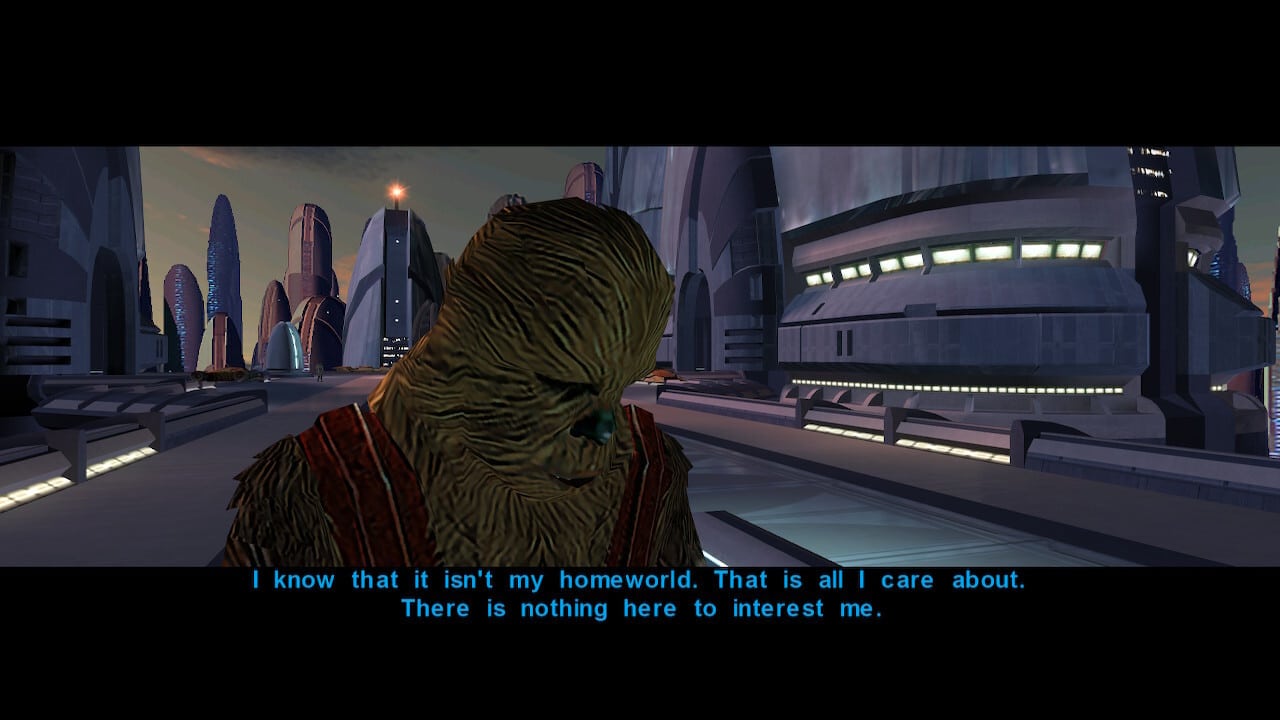 And lightsaber or not, combat is a lot of fun, whether you pause at the end of each turn or go all in. When it comes to melee, Knights of the Old Republic reuses the same fight animations over and over, but I was still on tenterhooks as to who would come out on top. That’s even before you get the ability to hurl electricity, if the Dark Side is your path of choice.

Star Wars: Knights of the Old Republic spins a riveting story, free of the franchise’s current, messy mythos. Could Aspyr have done more, such as redrawing those fuzzy item icons or letting you use motion controls to activate your Force powers? Yes. But based on what I’ve seen so far, this is a solid, well-executed port, and it’s a great way to experience a title that, even today, deserves its place in the vaunted pantheon of great Star Wars games.