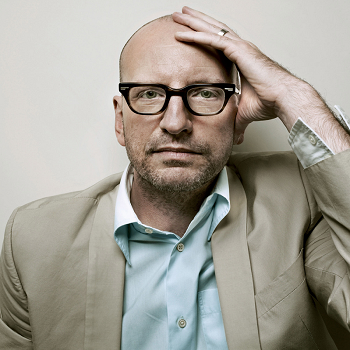 Just when he thought he was out…they pulled him back in.

Steven Soderbergh is one of those rare directors in today’s movie-making landscape that both possesses an instantly-identifiable style and seems more than willing to take huge risks with the projects he chooses. He’s what you’d call an “auteur,” which made his decision to retire from the corporate-controlled filmmaking industry back in 2013 both incredibly frustrating and completely understandable.

But even though Soderbergh was able to find creative outlet that didn’t break his will to live with the excellent Cinemax mini-series The Knick, you just knew that eventually, there would be a script that forced him to end his self-imposed sabbatical and reclaim the (film) director’s chair he was always meant to sit in. The lure of Hollywood is simply too great, ye.

That project, as it turns out, is a caper movie formerly named Hillbilly Heist.

According to Variety, Soderbergh will be ending his retirement from filmmaking to direct Lucky Logan, a heist thriller whose script he instantly “fell in love with.” The film will star Channing Tatum, whom Soderberg previously worked with in his psychological thriller Side Effects, his action flick Haywire, and his Chippendale comedy, Magic Mike in the lead role and Boardwalk Empire‘s Michael Shannon in a supporting role as well.

Other than the casting of Tatum and Shannon, next to nothing is known about the plot of Lucky Logan, when the film will begin production, or whether or not this entire thing is just a cover-up to shoot another sequel to Magic Mike, as Uproxx suggests. For now, let’s just be grateful that one of Hollywood’s true originals will be making a comeback, brief as it may turn out to be.