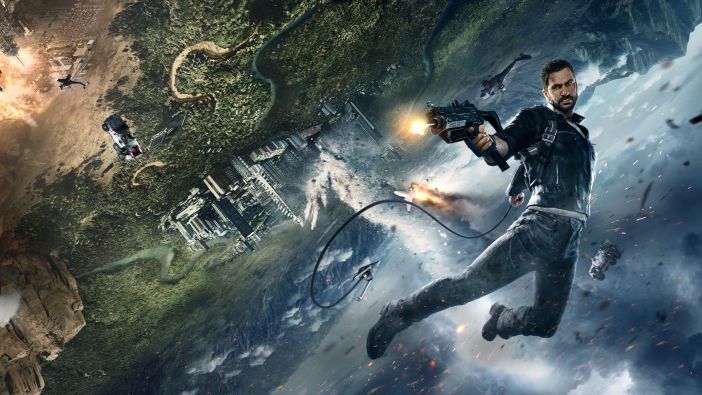 The Just Cause film adaptation has been kicking around for years now, with Jason Momoa once attached to play the role of Rico Rodriguez. However, last year the rights went over to Constantin Film, who brought us the Resident Evil movies, and it seems to be really getting the ball rolling. It today announced that Stuber director Mike Dowse will be directing the film, which has a screenplay from John Wick creator Derek Kolstad.

The movie is going to follow along the lines of the game series’s plots with Rico Rodriguez fighting against the mercenary group The Black Hand in a race to stop them from doing evil. Most likely he will win by blowing up as much stuff as possible while tethering cows to helicopters and skydiving with rocket launchers. Deadline reports that the film will also star a female co-lead that will give the movie a Romancing the Stone feeling. That… could actually work.

Dowse has been inching his way towards action cinema over the years, starting out with comedies like Take Me Home Tonight and the fantastic Goon but more recently directing comedy/action films like Stuber and Netflix’s Coffee & Kareem. Neither of those films were masterpieces, but they aren’t offensively bad and his experience with those movies should lend well to Just Cause‘s tongue-in-cheek ridiculous action.

There’s no word on casting for the Just Cause film, and we’re a long way off from a release date as well. We’ll just have to tide ourselves over with shots of chairs from the Uncharted film for now.