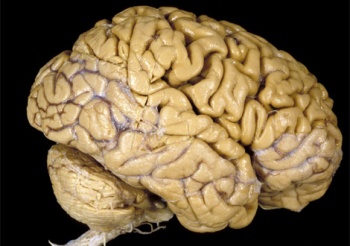 A new study in Germany has found no link between the use of videogames and the occurrence of headaches or migraines in teenagers.

It’s fairly conventional wisdom that staring at a video screen all day long will eventually give you a headache. Thanks to science, however, we now know that’s a bunch of crap. Or, to put it more academically, there appears to be no causal link between the frequency of videogame playing and the incidence of headaches.

“Excessive use of electronic media is often reported to be associated with long-lasting adverse effects on health like obesity or lack of regular exercise, or unspecific symptoms like tiredness, stress, concentration difficulties and sleep disturbances,” said Astrid Milde-Busch of the Ludwig-Maximilians University in Munich, Germay. “Studies into the occurrence of headaches have had mixed results and for some types of media, in particular computer games, are completely lacking”.

The study involved 1025 teenagers, age 13 to 17, 489 of whom claimed to suffer from headaches while the rest did not. When compared, “no associations were found for television viewing, electronic gaming, mobile phone usage or computer usage.” In other words, how much or how little time they spent playing videogames has no correlation to how many, or few, headaches they got.

Amusingly, one form of media consumption was “significantly associated” with headache sufferers: Listening to music. However, as Milde-Busch pointed out, the results aren’t actually proof that pounding music causes a pounding head. “It cannot be concluded whether the habit of listening to music is the cause of frequent headaches, or the consequence in the sense of a self-therapy by relaxation,” she said.

So while there’s still a chance that videogames will make you fat, lazy, stupid, violent and sociopathic, at least they won’t give you a headache. Be sure to tell your parents!

On the Ball: Scanning, for Fun and Profit