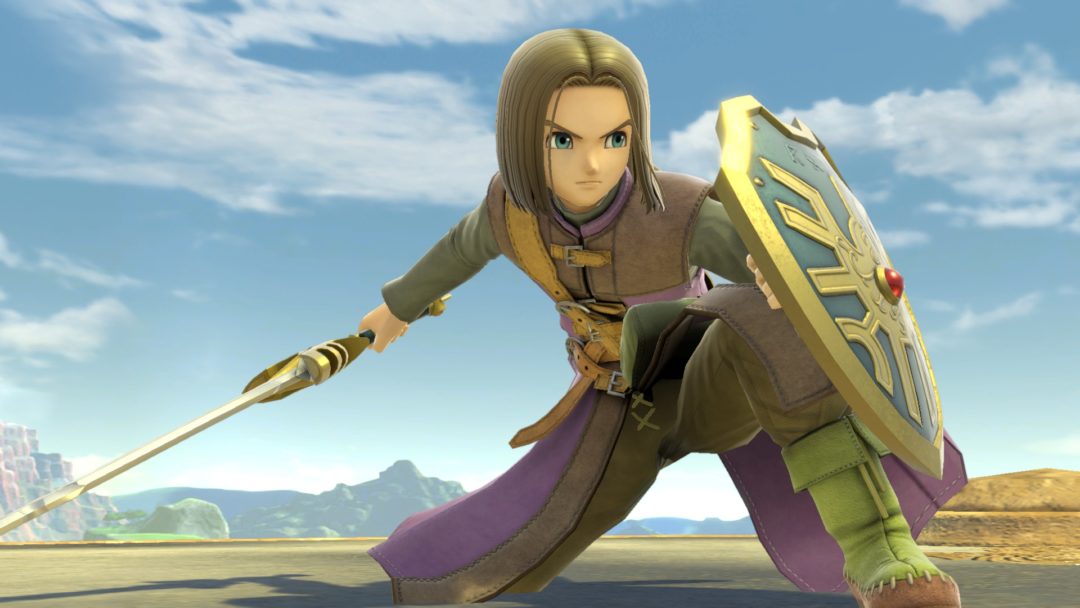 A big update is coming to Super Smash Bros. Ultimate today. The version 4.0.0 update for the game will feature the debut of Dragon Quest‘s Hero for those who purchase Challenger Pack 2 paid DLC or have the Fighters Pass, along with a host of new gameplay modes and minor tweaks.

Series director Masahiro Sakurai showed off the Hero in a special 20-minute Nintendo video presentation. He displays all four variations of the Hero — the protagonists from Dragon Quest III, IV, VIII, and XI — and their communal move set. The Hero will have access to an RPG-style command menu loaded with spells and special attacks from his home series, making him the Smash Bros. character with the most moves in the entire game. Among these spells is Kamikazee, which deals large amounts of damage but instantly kills the Hero.

Along with the purchase of the Hero comes a new stage, Yggdrasil’s Altar from Dragon Quest XI. A selection of new costumes for custom Mii Fighters is additionally available for purchase.

The version 4.0.0 update will also introduce an online tourney mode for up to 64 competitors and a Spectate Mode, for viewing and betting on online matches to win points that can be exchanged for in-game items. The single-player World of Light is getting a Very Easy difficulty, and the Edit Video feature is getting increased functionality.

Finally, a minor tweak is being made to how matches play out. Starting with the new update, Final Smash techniques will need to be executed within a limited time frame or they will be lost. A new meter will be added to the bottom of the screen to indicate how much time remains to execute a Final Smash.