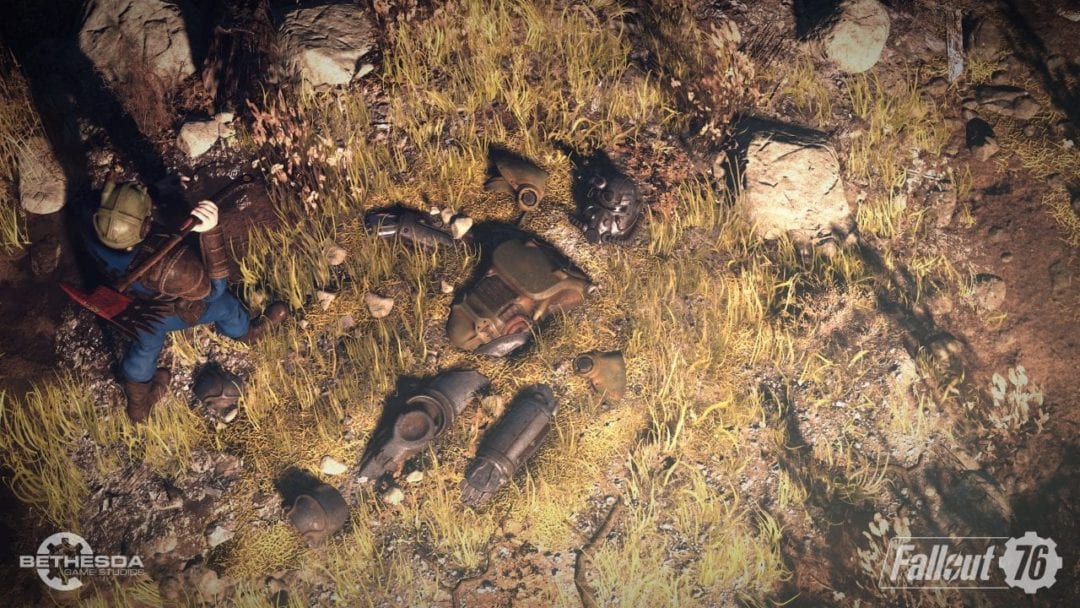 The canvas bag controversy of Fallout 76 is basically over. It didn’t impact a lot of people, but it was such a perfect display of arrogance, rapaciousness, foolishness, and negligence that the story caught on and enraged a lot of people who weren’t even affected by it.

You know who else should be mad at Bethesda? Other publishers. I know that sounds crazy. Hear me out.

Maybe you missed the story in the deluge of negative reviews and anti-hype surrounding the launch of Fallout 76. It was easy for this side-controversy to get lost in that noise. The short version is that Bethesda offered a $200 collector’s edition of Fallout 76. As part of the package, consumers were promised a Fallout-branded canvas bag. Once consumers opened the package, they found that instead of a well-made canvas bag, they had been given a cheap and ugly nylon bag. People took to calling it a “garbage bag” and it did sort of look like a common trash bag.

Once people noticed this discrepancy, they naturally complained on social media. At first, Bethesda refused to do anything about it, saying the promised bag had been replaced due to “material shortages.” This intensified the controversy, because it sounded like they were excusing their bait-and-switch tactics by claiming that canvas had become a rare resource. Moreover, that’s not a valid excuse for delivering something worth far less than what the consumer was promised.

After the controversy had simmered for a few days, Bethesda finally tried to make it right. They failed. They offered consumers 500 Atoms, which is exactly $5 worth of the game’s microtransaction currency. The difference between the cost of a plastic bag and a canvas bag is a lot more than $5, so this apology came off like an insult. Keep in mind that these customers paid two hundred American dollars for their copy of this broken disaster of a videogame.

We understand and respect that there is disappointment with the bag in the Power Armor Edition. We are sorry. Please contact Bethesda Support to provide proof of your CE purchase. They will assist in granting your account 500 Atoms.

Adding insult to injury, the prices in the microtransaction store are obnoxiously high. In particular, there was an in-game mail carrier costume that had a canvas bag as part of the outfit. That costume cost 700 Atoms, which means their fake apology money wasn’t even enough to buy a pretend canvas bag inside of their own video game.

The penultimate insult was that Bethesda gave high-quality bags to select social media influencers. In isolation this wouldn’t be a big deal. Publishers do those kinds of giveaways all the time. But when they gave free quality products to YouTube darlings and trash goods to their highest tier customers, it just made the whole thing that much worse.

Bethesda has since backpedaled and they’re going to offer canvas bags. They asked people that owned the Power Armor Edition to submit a support ticket and promised to mail out a replacement bag as soon as they become available.

The final nail in the coffin of this PR disaster is that their support system broke and allowed users to see each other’s support tickets. These tickets contained home addresses and other sensitive information. As Russ Pitts said last week, they accidentally doxxed their own customers. This last point is important because it ties into what I said a few weeks ago, which is that Bethesda’s technology problems aren’t the fault of their engine, but rather the result of a complete lack of quality control. It’s not just their games that are buggy. Even their internal tools are deployed without proper review and testing. There’s something deeply wrong with the software development process at Bethesda. If the state of Fallout 76 is anything to go by, it’s getting worse.

Bethesda had so many opportunities to make this right. Aside from the obvious question of why they would pull such a flagrant bait-and-switch to begin with, why offer such a pathetic sum for the apology payment? These people already paid $200 for the game. Why not give them $100 worth of game currency? It costs nothing! The $5 sum is so small it comes across as contempt. I think staying quiet and offering nothing at all would have been less offensive.

Obviously fans are mad about this. But I imagine other publishers must be mad as well. This was a very destructive series of blunders.

The concept of a collector’s edition is a pretty good example of market segmentation in action. If you have a single product that has a huge variation in value to different groups of people, then you need a way to offer that product at more than one price. Maybe wealthy customers with lots of disposable income would be willing to spend hundreds of dollars on your product. Maybe a majority of customers refuse to go above $60. If you offer the product at the higher price, then you’ll only sell to affluent consumers and miss out on the mass market. If you offer it at the lower price, then your wealthy customers will pay the lower price even though they were willing to pay four times as much.

The top-tier iPhone X costs $1,100, and the supposedly budget version costs $750. The top model doesn’t actually cost $350 more to produce. In fact, it’s entirely possible that the two models cost nearly the same to manufacture. But as long as the good one is nicer than the cheap one, people with lots of money to spend on their iPhone will go for the better model.

You can see this in all sorts of goods like limited-edition gaming consoles, high-end gaming computers, specialty restaurant dishes and special edition director’s cut Blu-rays.

The profit margins on these premium goods are immense. The seller offers a product that’s slightly better, and places an enormous markup on it. This allows them to soak high-end customers without losing out on mid-market sales. Keep in mind that the sale price isn’t all income. If it costs $40 to make a Widget that sells for $50 and it costs $60 to make a Deluxe Widget that sells for $110, then the Deluxe Widget makes five times more money than the standard model.

The trick with this kind of market segmentation is that you absolutely need to maintain the illusion that the high-end customer is getting premium goods. They’re always free to buy the standard version, which means that this needs to be a simple, low effort, low stress purchase for them. You want them to automatically pre-order the expensive edition of the game the moment it becomes available. You don’t want them to think too hard about the transaction, because then they might realize they have better places to spend their money.

Remember that there are a lot of gamers out there who don’t read review sites or follow gaming culture. Their purchases are guided by television commercials and their mood. Sometimes they don’t even even keep track of the various publishers and their reputations.

If Bethesda poisons the water with substandard trash (bags) then these customers might be shy about buying the premium package in the future. If a customer feels like they need to wait for reviews and unboxing videos before they can feel safe buying the collector’s edition of a game, then they might just skip it. Just like the flood of low-quality goods suppressed the entire video game industry back in 1983, flooding the upscale boxed game market with junk could reduce these kinds of sales for all publishers.

I’m not trying to get you to feel sorry for the poor publishers who might lose income over this. I’m just pointing out how astoundingly foolish Bethesda’s behavior has been. They’re treating their most valuable and discriminating customers like freemium gaming whales.

Even EA knows better than that.