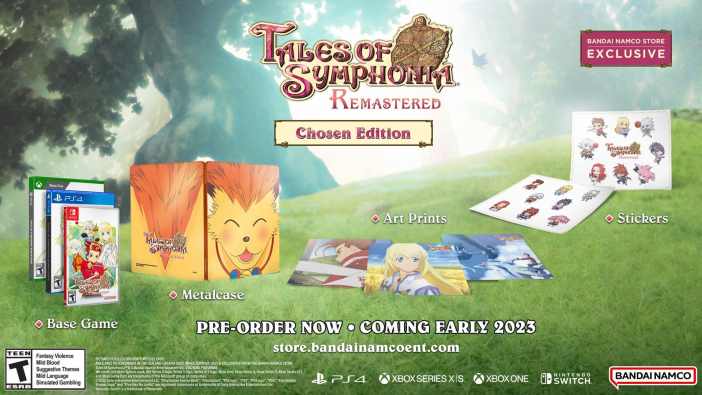 As first showcased at the September 2022 Nintendo Direct, Bandai Namco has revealed the announcement trailer for Tales of Symphonia Remastered, which will launch on Nintendo Switch, PlayStation 4, Xbox One, and PC via Steam in early 2023. A special Tales of Symphonia Remastered Chosen Edition is available to preorder for $49.99, which comes with the base game, a commemorative metal case, and exclusive art.

Here is how Nintendo describes this remaster of the hit 2004 GameCube RPG:

A remaster of the beloved classic Tales of Symphonia is coming to Nintendo Switch with enhanced graphics and improved gameplay! The world of Sylvarant is controlled by shadowy forces called Desians. To stop them, a person known as the Chosen One must ascend the Tower of Salvation. Lloyd soon embarks on a journey with Colette, the current Chosen One and his childhood friend, in this classic action-RPG. The fate of two interconnected worlds hangs in the balance. Play with up to three friends in local co-op mode to fight powerful opponents in real-time battles. Combine hundreds of special attacks and magic spells. Tales of Symphonia Remastered begins its journey on Nintendo Switch in early 2023.

Way more RPGs were showcased where this came from at the September 2022 Nintendo Direct. Crisis Core: Final Fantasy VII Reunion got a release date, and Fire Emblem Engage and Octopath Traveler II were announced, for instance. 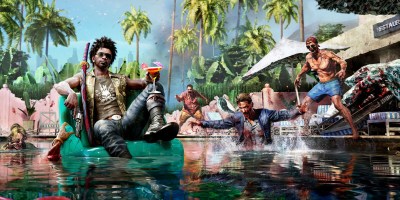 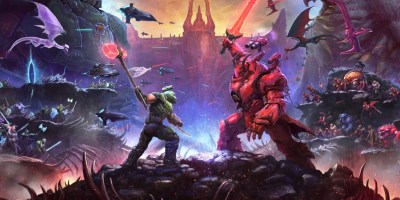 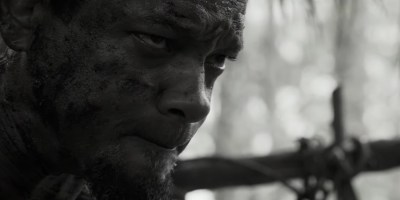