Last February, I ran a piece called “Test Your Might,” the subject being movies from the “watch at your own risk” edge of extreme cinema. Lest you think that was the end of the list, here’s part two just in time for Halloween …

Note: As with before, be forewarned that I’m not joking about some of these being endurance tests. There is some harsh, nasty, hard to take stuff going on in all of these movies, and this list should not be taken as either a recommendation that you view them if you are not inclined, or as an endorsement of their individual subject matter/intent.

House On The Edge Of The Park

As the title indicates, this is basically a knockoff of Wes Craven’s 1972’s Last House on the Left, a film that forced the audience to suffer through a brutal rape/murder and then to “enjoy” the perpetrators being themselves brutalized by the family of their victim.

This take on the material (from Ruggero Deodato of Cannibal Holocaust infamy) features Last House star David Hess as a psychotic mechanic who’s been committing serial rape/murders along with his mentally-challenged sidekick (I warned you).

Through a plot contrivance, the two men wind up invited to a house party being thrown by a group of upscale yuppie intellectuals (the film is supposed to take place in New York), where it soon becomes apparent that the reason for the invite was so that the guests could have some laughs at the expense of the invitees’ lower class/handicapped status. Said yuppies are, of course, not aware that their playthings for the evening are a pair of armed, dangerous killers … or were they?

Setup for a morally ambiguous off-Broadway play? Could be, but it’s actually just a setup for a movie’s worth of awful people doing increasingly awful things to one another with a logic-breaking groaner of a final twist. Not as bloody as you might expect, but keep in mind Deodato’s idea of raising the stakes is to have an (entirely innocent) underage girl get unexpectedly pulled into the carnage’s orbit. Not bad as sleazeball dramas go, but hard to take in spots.

Students of offbeat history may have heard of The Grand Guignol, a theater located in Paris that, during the early 1900s, specialized in presenting graphically staged recreations of torture and sadism to its audiences. Blood-Sucking Freaks – infamous as the only feature distributed by Troma Studios that even Troma boss Lloyd Kaufman considers reprehensible – takes that premise to the logical extreme.

The story concerns a carnival-style hypnotist whose gruesome novelty act involves placing volunteers (usually women) into trances and compelling them to commit or undergo sadistic acts on one another. The audience, of course, assumes it’s all an illusion, but the hypnotism and the murders are very much real. Although, in a surprisingly modern-feeling twist, the scope and effectiveness of the villain’s operation is explained away via connections to human trafficking outfits.

The gore is all pretty unconvincing, even by 70’s standards, but the creep factor comes from just how … “imaginative” the tortures themselves are, including but not limited to, a human dartboard and an endurance-triggered guillotine. Rough stuff, no matter how laughable it looks today. 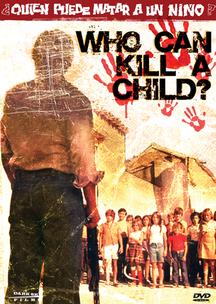 Who Can Kill A Child?

Its title kind of says it all, but this remains probably the best movie in the surprisingly broad “killer kids” genre. A man and his pregnant wife arrive by boat on a cozy little island town off the coast of Spain, only to find all of the adults missing. Soon, they discover that a kind of rapidly-spreading psychic plague has turned the island’s children into an army of killers driven to slaughter all adults.

What makes WCKAC? a cut above so many other evil children epics is that it doesn’t go the easy route of having the antagonists act like zombies, feral creatures or even demonic apart from their actions. In a diabolical act of audience manipulation, their “villainy” manifests in the form of things audiences are already expected to find irritating about children: They’re manipulative, loud, petty and mischievous, but not evil in the conventional sense.

This, naturally, helps justify the protagonist’s reluctance to just kill them and escape, but it also deviously manipulates the audience into rooting for a big, violent “kill the little creeps already!” finale. And then makes them watch what they asked for (it’s exhilarating catharsis for about 30 seconds, then you start hating yourself).

There’s an attempt late in the game to suggest that the spreading mass hysteria driving the children is some kind of karmic payback via the spirits of children killed in grown-ups’ wars, but it’s really a movie all about breaking the violence on/toward kids taboo to increasingly extreme ends. The third act is, without exaggeration, one “I can’t believe what I just saw!” moment after another.

One of the shorts, in which a Victorian-era lady aristocrat is menaced but then willingly, er … “romanced” by a fearsome forest monster (it looks like an upright-walking rat/bear hybrid), was considered going too far even for Tales and got cut. Undaunted, Borowczyk crafted an entirely new film in which to house the sequence.

The result, The Beast, is an excruciatingly drawn-out manor drama (intercut with gratuitous sex scenes and a reeeaaaallllyyy uncomfortable running joke about a priest and two altar boys) about a young woman being conned into marrying the mysteriously unwell son of a decaying Old Money family whose bloodline is alleged to be cursed by “something” that happened between a former matriarch and a mythical beast long ago. Flashbacks in the form of the deleted Tales segment reveal the true history of The Beast, the sick son keeps parts of his body mysteriously covered at all times, and well, you see where this is going.

I went back and forth about whether or not to include this film in either list. The fact is, most of these movies are exploitation-y schlock that fans of extreme cinema can at least enjoy on some ironic or meta level beyond just the physical/psychological test of getting through them. But there’s nothing enjoyable or ironic about Irreversible. It’s just a cruel, sadistic, nihilistic presentation courtesy of French shock-auteur Gaspar Noe (already infamous for The Butcher, whose title character turns up in cameo here), seemingly justified by its demonstration of a simple but admittedly interesting narrative trick.

Our story is about a mostly-happy couple (Monica Bellucci and Vincent Cassel) going to a party. Bellucci’s character leaves early and is violently sexually assaulted and beaten almost to death. Cassel’s character tracks down her attacker and beats him to death, but it’s the wrong guy. That’s … pretty much it, with the showpiece being the extended sequence where Bellucci is brutalized. So, what’s the point?

It’s backwards. The chronology of the scenes is reversed, so that we see the horrifying ending first and the pleasant enough beginning last. It’s an interesting statement on the ability of editing to influence how we perceive the flow of a story, but it’s doubtful you’ll want to watch it again to see if you notice anything different about the experience.