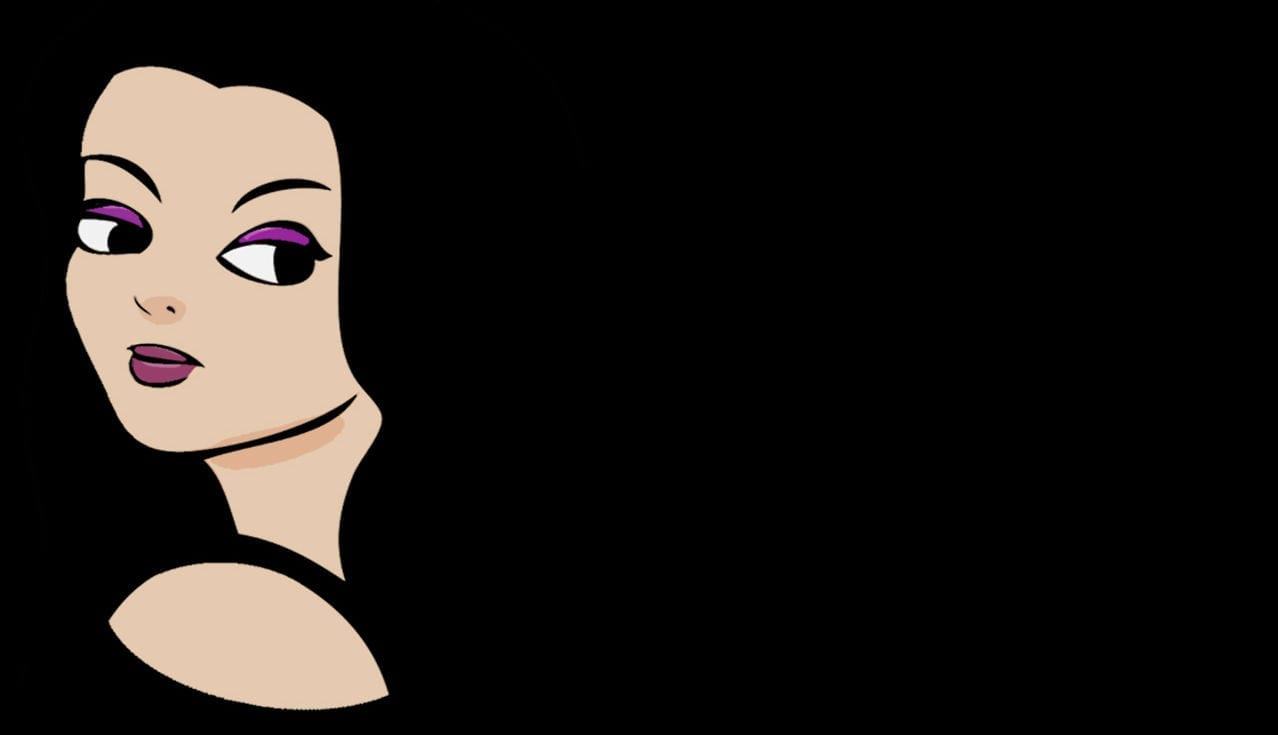 It was a bug report about a piece of Echo Bazaar content. Polite and well-argued, but blunt. “Thanks,” it said, “for deciding my character is a lesbian or something.”

As bugs go, that’s pretty alarming. What’s the worst a bug gets, normally? You tell the player they’ve been awarded twenty-four moon-pearls, but actually give them two. So they’re down a few pretend moon-pearls. Big deal. Or a particular screen looks a bit wonky on their web-browser. So what? Squinting builds character.

But rewriting someone’s sexual preference? That’s a problem. And it’s exclusively an RPG problem. Infinity Ward doesn’t get complaints like that about Call of Duty. No-one ever wrote to Blizzard to ask if it was respecting the life choices of Third Zergling from the Left. RPGs are different. They make the player a creative partner. They provide a world, adversaries, a supporting cast, and a plot, but they need you to provide one little, vital detail: the protagonist.

What makes a game an RPG isn’t a character sheet or experience points – plenty of genres use those – it’s the sense of ownership you feel over your avatar. Maybe you have to build it from statistics first, give it a class and a name, or just pick from a handful of archetypes. But the process doesn’t stop when play starts: Every time you make a decision about who your protagonist is, you’re creating. Some players invent elaborate backstories. Most just have a wordless feel for the sort of person their character is or isn’t.

For this to work, RPG designers have to leave a hero-shaped hole in the middle of their fiction. We’ll call it the identity gap. That’s the space that’s left to the player; the things they’re free to decide are true about their avatar. The contents of the identity gap are a mystery to the game’s writers. Anything they write that intrudes on it runs the risk of contradicting details they have allowed – encouraged, even – the player to invent. They can’t write about the protagonist’s childhood on the grimy streets if the player thought she was brought up in a castle. They can’t kidnap the protagonist’s husband if they haven’t established a marriage. So we come to the impossible question at the heart of every computer roleplaying game: how do you tell a story when you don’t know who the protagonist is?

You cheat. Boldly and inventively, like a magician cheats. There are three common tricks.

The first is the Diablo approach: make the personal details of the protagonist irrelevant. No-one cares what your Diablo character’s childhood was like because demons are coming out of the cathedral and they are eating your face. In Diablo II it doesn’t matter who you are because everything interesting has happened before you get there, and you’re just cleaning up. You’re always five minutes behind the most epic story ever told. You should’ve been there. It looked great. If only you hadn’t stopped to loot that last Devastating Orb of the Gerbil.

The second, more common method is seen in Baldur’s Gate, Fable, and Gothic: decide things about the protagonist on the player’s behalf. You’re a scion of the royal line, long thought lost. You’re the Chosen One of prophecy. A loved one has been kidnapped/killed and must be rescued/avenged. You used to be the villain before your inconvenient memory loss and/or cloning. You’re all of the above! And a vampire! Making these decisions for the player gives the writers a reliable foundation on which to build a story.

Taken to its furthest extent, this becomes a third way to tackle the problem. The Final Fantasy Solution: the game tells the player everything about their character. Who they are, where they’ve been, what their relationships are. This changes the character of the game – the player’s along for the ride, only rarely allowed to take the wheel.

Echo Bazaar takes the second approach. It makes assumptions, but tries to be polite about it. It assumes you’re newly arrived in Fallen London from the surface. It assumes you’ve been thrown in prison (but not why, or whether you deserved it). It does, at one point, assume you have an aunt. The aim is to connect the protagonist to wider events, but to leave their identity and decisions to the player. That’s what caused the bug report we started with: The game made assumptions about the hero’s motives. It trespassed into the identity gap.

It happened like this: There was a side-quest. The hero has been approached by a dusty old man from the tomb-colonies. He wants them to ghost-write some poetry so he can woo a young lady. All was fine, except for the text the player got if they failed.

Failure in Echo Bazaar rarely means you just happened to suck that day. The game’s protagonists are stylish, confident, deft. They don’t suddenly stop being those things because some simulated dice decided to roll a 1. Instead, failure introduces a twist to the tale. Here’s the text you got in this case:

“This is impossible. An artist reveals the truth – and the only truth here is a lusty old goat trying to get into the smallclothes of a charming, intelligent young woman! She is radiance and purity, and you’ll have no part in this predator’s campaign on her virtue! You throw his dirty gold back in his face, and take your leave. Now. What was the young lady’s address?”

What we have here is a writer wanting to have their cake and eat it. That last line is written so you can read it in two ways: either you’re going to find the lady and warn her about your patron, or you’re going to make a play for her yourself. But everyone’s going to read it one way or the other, not see both interpretations and pick the most suitable. Our player read it as the latter and, quite rightly, felt we’d made some significant life choices on behalf of her straight female avatar.

Not knowing your protagonist is frustrating. Writers want to write powerful, engaging scenes, and that’s hard when you’re addressing them to a question mark. More and more we’re seeing games dabble in ways to find out more about their heroes. In a move of brutish simplicity, they’ve started asking players to tell them things. Crazy.

Echo Bazaar, for example, assumes you have a motive for traveling to Fallen London but asks you to say what it is: revenge, glory, desire, or greed. Each leads to a different story and is refined by further questions. If you say you’re on a quest for revenge then sooner or later you’ll be asked who it is you’re avenging. A lover? A sibling? A friend?

Another little, under-the-radar title called Dragon Age: Origins, from plucky Canadian underdog BioWare, does something similar. Rather than tell you your character’s background, it lets you pick and play through one of six origin stories, tracking your choices for later use. The game and the player collaborate to decide how the protagonist ended up on that bloody field at Ostagar.

However, tricks like that only get you so far. You can never fully know what the player’s up to in the gap, and some of it is fundamental. One example of how the game and the gap have to interact is the issue of speech. What your character says and how they say it is a crucial part of their identity. If your Xbox insists your heroic knight sounds like Peter Lorre, it’s going to grate. The huge range of different approaches to character voice suggests game creators are still casting around for an ideal solution.

Dragon Age has you choose your character’s dialogue from a conversation tree, but once you’ve chosen? Silence. Your hero is the only person in Ferelden without a voice. You choose what your character says, but aren’t told what they sound like. In this way, the game avoids confronting you with a voice that contradicts your image of your hero. Mass Effect , on the other hand, approaches the problem from the opposite direction. It only asks you to tell it the gist of what you want to say, then provides Shepard’s fully voice-acted dialogue. The player becomes a director, issuing instructions to a virtual actor who provides their own interpretation of your character. Fable 1and 2 try to dodge the issue entirely by using a hero who never speaks at all, communicating instead solely through emotes. It creates a strangeness of its own. They’re a quiet lot, Albion’s champions. Quiet, but gesticulatory.

No approach is perfect; no approach is wrong. The relationship between CRPG and player is irreconcilable, and the only solutions are illusion and sleight-of-hand. But the struggle is worth it, because the identity gap is what gives RPGs their power. It’s the space players use to make the game about them, and that’s how RPGs engage us so powerfully. Game designers need to keep experimenting with ways to test it, to nurture it, and to explore it.

Some of us may suffer inadvertent lesbification in the process. It will almost certainly have been an accident.