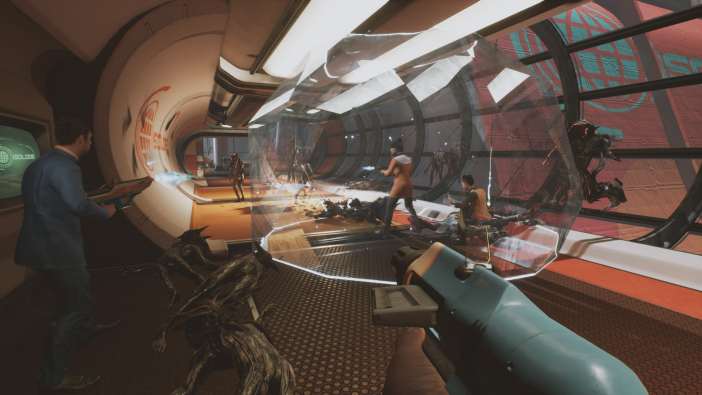 George Romero may have spawned the “mall of the dead” trope, but Stray Bombay‘s The Anacrusis takes things to a whole new level. This Left 4 Dead-alike’s space-based shopping promenade had me on edge the moment I set eyes on it, creeping its way into my nightmares.

It’s early (access) days for The Anacrusis, but unlike in Back 4 Blood, the game’s virtual director understands the value of tension. While other similar games will fling monster after monster at you, The Anacrusis gives you enough breathing room to get nervous — at which point it pours on the monsters.

So by the time I reached the mall, I was already a little shaken. I’d dispatched over a hundred possessed humans, been covered in a snot cocoon, and brought back from the brink by my fellow AI-controlled survivors. I knew we were there to take a lift to safety; I figured I’d have to slap a button, which would be conveniently wired to an industrial siren, then hold my ground while the lift arrived.

What I didn’t expect was that I’d have to fight my way up through the whole mall, nor did I anticipate how anxiety-inducing the experience would be. Admittedly, I suffer from vertigo, so The Anacrusis already had me at a disadvantage. Gazing up to the mall’s top floor, with my virtual feet on the ground, immediately had me on edge. 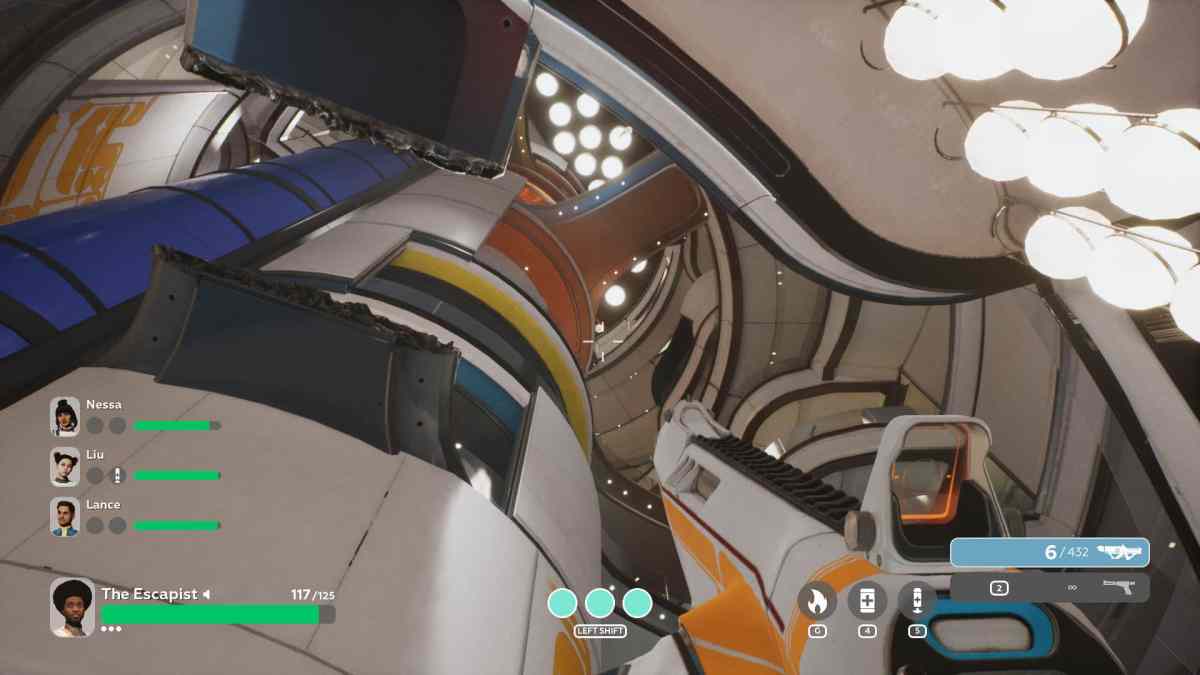 Yes, I got vertigo inside a video game, just from looking up, which was far from a good sign for my nerves. Sure, I’d blasted my way through Left 4 Dead 2’s Dead Center and been punched off the roof of Left 4 Dead’s Mercy Hospital, but The Anacrusis dials it up to 11. Literally, in fact — The Anacrusis’ mall is 11 stories tall, and you have to set foot on every single one.

Still, I reasoned, maybe I could speedrun it, making it to the top before anything slimy got its hands on me. How wrong I was. Even without an alien presence, every other step is absolutely stomach-wrenching. Instead of comfortingly large Dawn of the Dead-style floors, these are smaller levels arranged around a central pillar, surrounded by an outer ring.

So, aside from a couple of times when I had to head through an abandoned shop, I was never more than a few feet away from the balcony edge. Those moments when I wasn’t under siege by aliens, I was gawping at the drop — which went from survivable to skull-crunchingly fatal the further I went.

Making each floor circular might seem like a very sci-fi design move, but it’s far more calculating and more than a little sadistic. Left 4 Dead 2’s mall, with its reassuringly rectangular levels, at least gave me the option of backing into a corner, but The Anacrusis robbed me of this comfort. When the equivalent of Left 4 Dead’s Tank bounded cheerfully into view, I ended up running in circles. I could almost hear “Yakety Sax” kicking in. 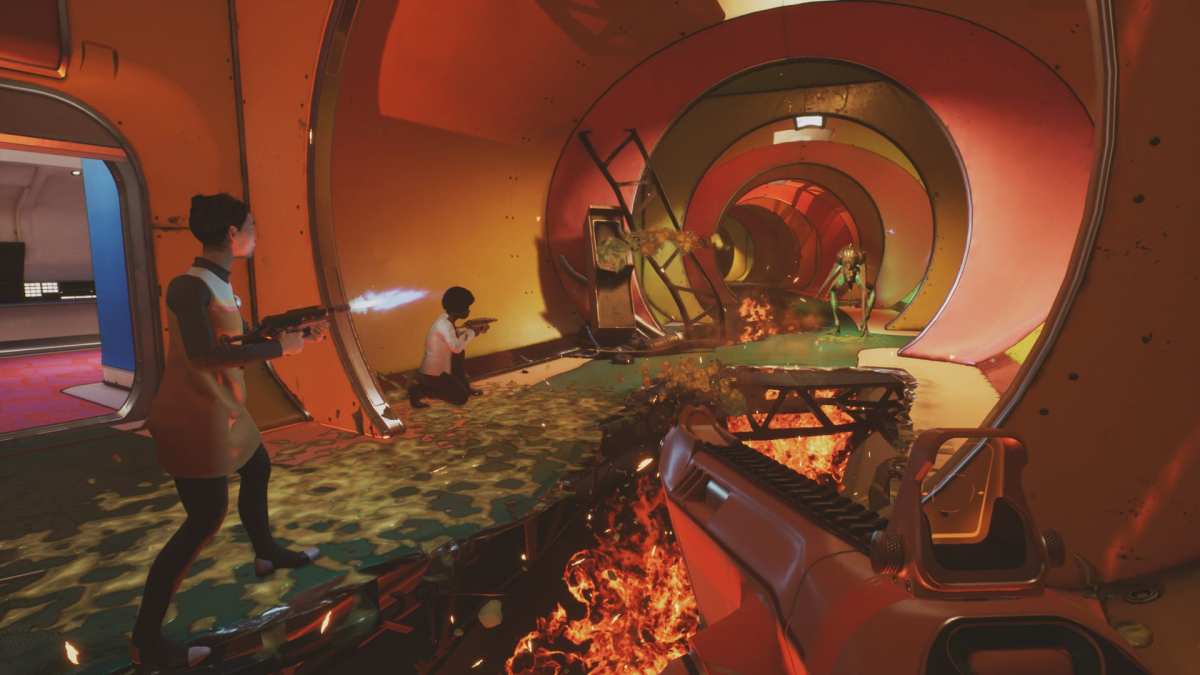 The Anacrusis’ hordes never approached me en masse from a lower floor, and as far as I know, that’s not something that happens in the game, at least in its current early-access incarnation. However, that didn’t stop my imagination working overtime — those monsters milling about two floors below might just be stragglers, but in my head, they were getting ready to run up the ramp. And there was absolutely nowhere I could go.

I was constantly aware of how exposed I was ascending the mall. In Left 4 Dead, the only way a monster could punch you into the abyss was if you were standing near the edge. The Anacrusis’ mall is all edge — as I was reminded when a Grabber latched on to me and started dragging me over the railing — and the waist-high barriers did not offer any protection from goo-vomiting beasties.

The only way the level could be more harrowing is if the final release did, in fact, spawn monsters and hordes far below you. You’d hear a roar four floors down, then be faced with the choice of fleeing upwards in the desperate hope you could reach the exit first or make a stand where you were.

Ultimately, it’s the combination of verticality and vulnerability that makes The Anacrusis’ mall level such an unsettling, standout level. Even if heights are a non-issue for you, there’s every chance it’ll stick with you well after you’ve annihilated your last bootleg Starro.