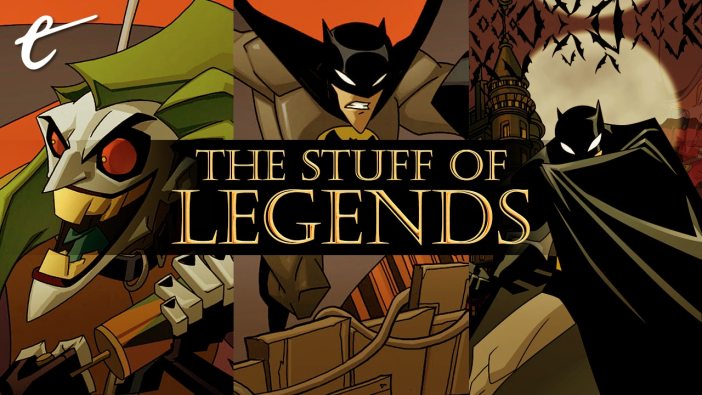 Alan Moore, Brian Bolland, and John Higgins’ Batman: The Killing Joke is considered by many to be one of the greatest DC masterpieces. It not only established an unwavering mission statement for Batman’s nemesis the Joker, but a thorough psychological examination of the pair as they duel in a hypothetical final scenario. Despite being a standalone graphic novel, many aspects have since become DC canon, including one that’s still controversial to this day: the crippling of Barbara Gordon, aka Batgirl.

Even writer Moore has expressed his regret over aspects of the story, including its violence. Among its many bleak and brutal moments is when Joker shoots Barbara through her spine, leaving her wheelchair-bound for several real years in comics. There have been many discussions since about whether this was a necessary narrative decision or the fridging of a beloved female character for shock value. However, perhaps the best attempt to update The Killing Joke in the years to follow came from the most unlikely source: The Batman, a mid-2000s Kids WB cartoon.

The Batman, no relation to the Matt Reeves film, faced its own divisive struggles. Following straight after the critically acclaimed Batman: The Animated Series and Batman Beyond, the new show faced both corporate and creative restrictions. They had to come up with a new take on a well-worn formula that had already been revitalized once.

The Batman ultimately opted for a more youthful Batman and a campier, more unhinged tone. This leads to peculiar episodes like Penguin attempting to form a crew of the worst criminals in Gotham. Fortunately, this unique tone also opened the door for some of the more inventively dark episodes in the series’s run. Such is the case of the Greg Weisman episode, “The Rubberface of Comedy.” 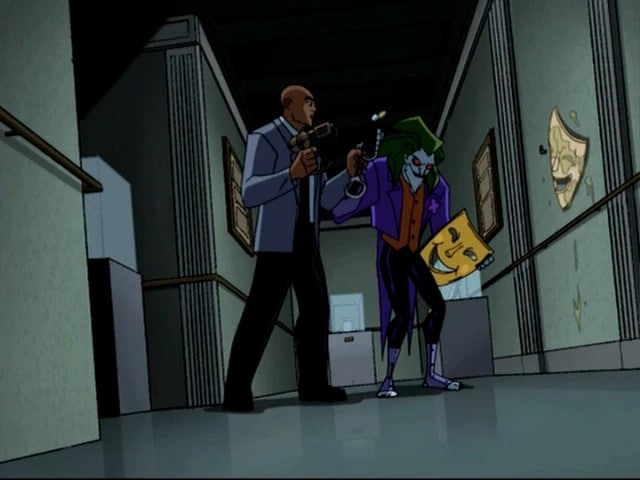 The episode begins with The Batman’s (Rasta) Joker and his two henchpeople on a bank-robbing spree. It’s enabled by a new chemical the clown’s crafted that turns any material exposed into super flexible, moldable, and bouncy “Joker putty.” One might presume the next 20 minutes would entail Batman figuring out how to disarm this substance, but things take a turn instead.

Harnessing elements of Batman: Year One, The Batman has the current police chief, Rojas, out for Batman’s cape. He’s more obsessed with the image of GCPD than keeping the streets safe, putting his chief detective, Ethan Bennett, in a direct conflict of interest. Bennett is like a proto-Jim Gordon, gladly working with “the Bat” despite his partner Ellen Yin’s skepticism. For a kid’s show, there’s a very candid display of petty politics getting in the way of justice. Bennett relents for fear of losing his badge but fails to arrest Batman when they meet while facing off against Joker.

During the confrontation, Joker is insulted to learn that Chief Rojas actually deems Batman a bigger threat than himself, deciding to make himself even more of a menace. Bennett fails to apprehend either of them, leading to Rojas threatening to fire him. In the aftermath, Bruce is left torn over how to proceed, because Ethan Bennett is also his childhood best friend. With him caught in the crossfire of his war with Joker, Bruce almost confides in Bennett to try to win him over, but then Bennett is caught by Joker while on a call.

It’s here that Weisman starts laying on The Killing Joke to The Batman in full. Bennett effectively takes on both Jim Gordon and Barbara’s roles in reverse order. First his mind is broken, forced into hallucinations as Joker tortures Bennett’s already torn convictions, drawing out the fury the detective has against Chief Rojas’ self-serving corruption. As he pulls Bennett further into the mental mires of madness, Joker recounts his own bad day, if in a more PG-friendly form — no miscarried child, for instance. The fundamental core remains: All it takes is one bad day to ruin a good man. 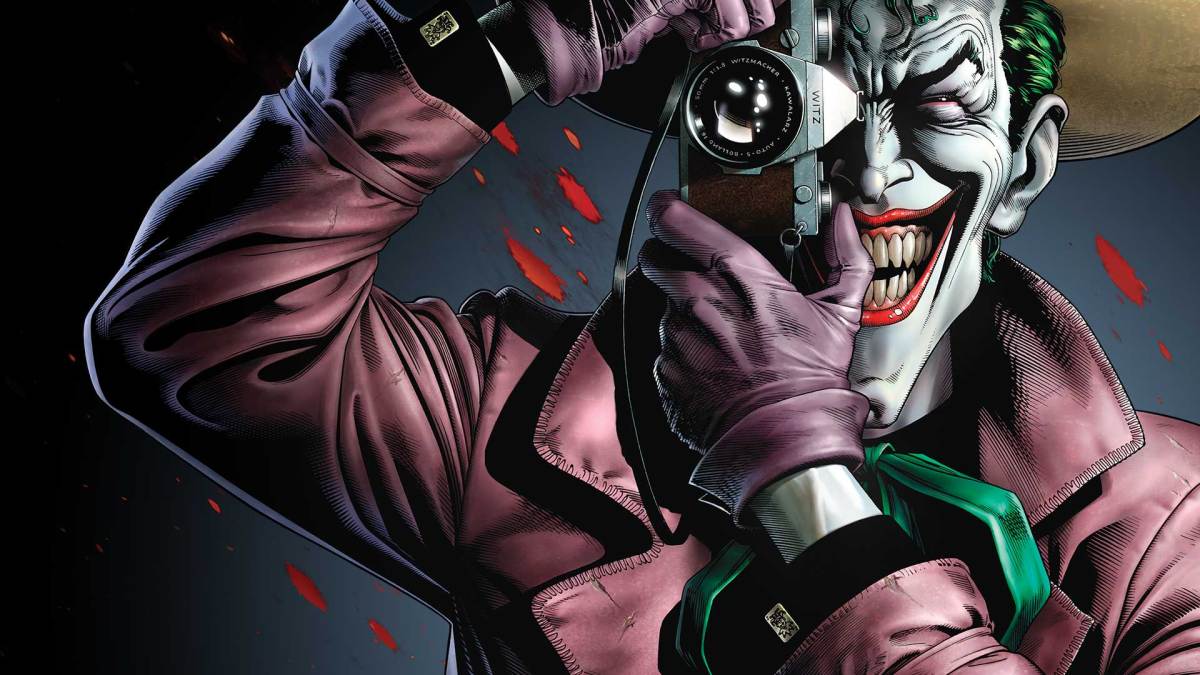 On the verge of insanity, Bennett actually starts laughing at the Joker’s own humor, struggling to hold himself together as Yin and Batman arrive to save the day — except they both fail in their own way. Joker threatens to blast Bennett with his chemical, so Yin puts down her gun. By contrast, Batman throws a batarang in without hesitation, shattering the chemical thrower, letting the gases strike Bennett.

As Bennett’s health starts subtly declining, Batman’s thrown into the fun house scene from the comic, but with a different final confrontation. Rather than Batman’s implied strangling of the Joker, it’s the skeptical Yin holding Batman at gunpoint. They come to a truce over the presumption that Batman’s bold strike “saved” Bennett’s life, though Bennett is vehemently on edge against Rojas when coming face to face with his superior. Rojas suspends Bennett in a fit of rage, but the worst is yet to come. It might not be a bullet to the spine, but in the quiet of his apartment, Bennett starts to melt before his very eyes.

Rather than make its adaptation all about Joker, the second half of the story, “The Clayface of Tragedy,” puts its titular victim front and center with Bennett’s descent into becoming the tragic villain Clayface. The system and his closest friends fail him, time and again. Bennett doesn’t even resort to villainy at first, instead immediately assaulted by his former police comrades as they proudly melt his clay form with the aid of the fire department. Between his already fractured mental state and the police out to smash him, he strikes out at Rojas, putting himself in direct confrontation time and again with Batman and Yin. 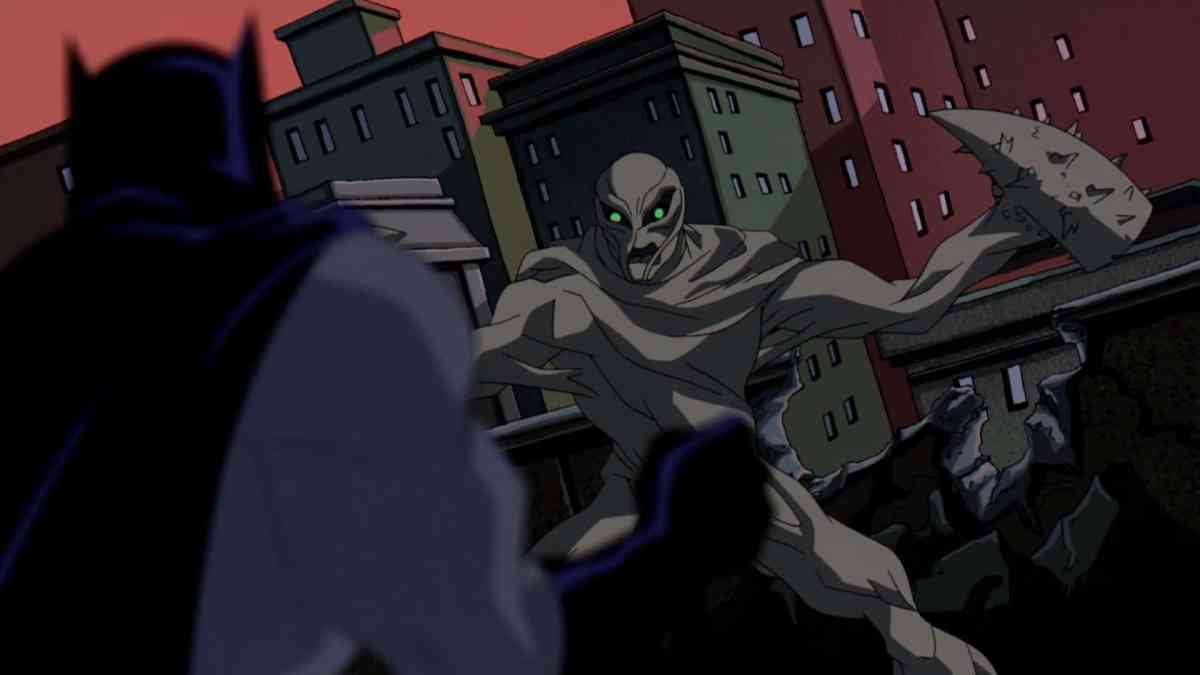 It escalates into a horror story as Bennett’s refined control pairs with a darkening outlook on life. Made worse still, neither of the pair realizes Clayface is Bennett, presuming him still recovering, so neither pulls their punches. Rather than being thrown to the sidelines, Bennett’s fall from grace is placed front and center. When Batman finally tries to moralize with his friend, Bennett makes the discomforting revelation that he’s already beyond the pale. Despite whatever platitudes and appeasements are made, Bennett truly believes there’s no going back to the man he once was. The twisted, gnarled flesh might still be the man once known as Ethan Bennett, but the detective is dead, proudly delivering some of Joker’s speech to Batman while mimicking the clown, cracking jokes like the madman.

It’s only when Yin finally stands in the way of Bennett crushing Batman that the man of clay is given pause. Seeing his partner take such an about face, he has a moment of clarity before slipping away through a grate. In turn, after all she’s experienced over the course of her time in Gotham, Yin fundamentally changes too, but for the better. For her, it’s been a terrible day too, but rather than letting it break her, it gives her the strength to trust her gut and align with Batman in secret. In his fall, Bennett finally draws his closest allies to work together.

Now, obviously being a TV show instead of a standalone comic, this isn’t the end of Bennett’s arc. However, Weisman and the production team at Warner Bros. Animation managed to craft their own Killing Joke in The Batman that achieves something significant: agency for the central victim. Bennett isn’t some convenient victim disposed of and dehumanized as little more than a plot device. His motivations are understandable, and his descent into villainy hammers home Joker’s philosophy. 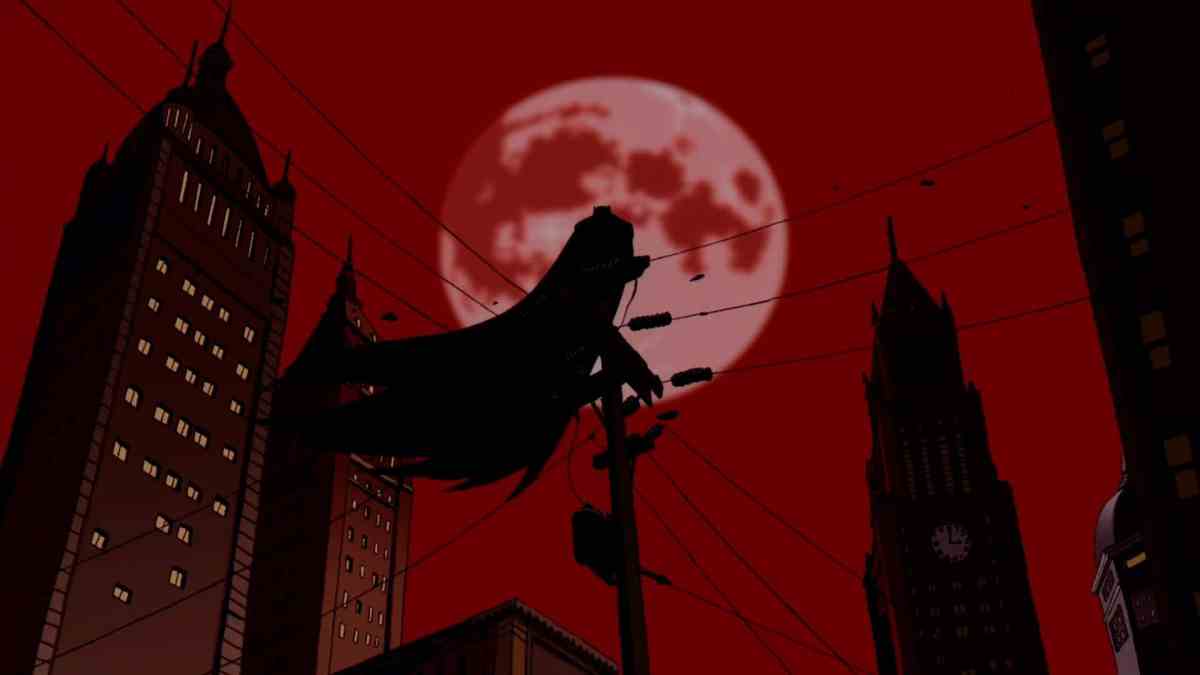 Rather than focusing purely on the initial crime, it’s the fallout and consequence of everyone’s failures that take center stage: Rojas’ corruption, Bennett giving into Rojas’ orders against his better judgement, Yin’s skeptical hesitance, and Bruce’s impulsive heroism. Ironically, the clown prince of crime is the least significant player in this, which makes his point all the more pertinent — the same circumstances could have arisen with any other criminal and any otherwise good-natured person. All it takes is the right pressure on the wrong day to turn a kind man cruel.

Though it goes about it in a very different way, The Batman’s production team clearly understood the thesis Alan Moore was reaching for, and they achieved it in a far less tumultuous manner. To be clear, I’m not saying The Batman does a “better” job of telling the overall story. As edgy as it may be, The Killing Joke is still a classic, but it’s an incredibly dark story. The Batman simply offers an alternative take that may be more palatable for some DC fans.

Yes, the dialogue for The Batman in particular is held back by its age demographic, and there are some frankly silly uses of Clayface’s powers like him gliding through the air on wings made of literal clay. However, despite the campier bits, there are great performances (particularly Ming-Na Wen as Ellen Yin), a brooding atmosphere, and rock-solid animation. It retains that personal tension where the stakes aren’t the fate of the world, but instead a handful of broken people trying to right a wrong in the face of a horrible tragedy. That The Batman does so with a slight twinge of hope rather than nihilism is frankly a welcome thing in these trying days. If that mix sounds your style, it might be worth it to check out The Batman.