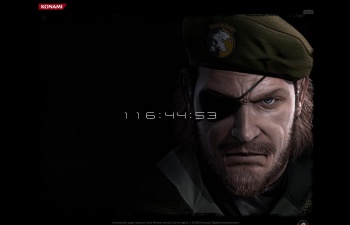 Publishers will do anything, including annoying people with endless countdown clocks, to hype a title’s announcement. But does all this effort actually make any difference?

Announcing games these days seems to be like watching an episode of 24, full of cloak-and-dagger secrecy and relentlessly ticking clocks.

As E3 time comes and goes again, and months of rumor building give way to the inevitable hollow disappointment, we all remember why this method of doing things was abandoned in the first place. Try to announce a new title that isn’t Legend of Metal Gear Halo during the three days of the show and your game will be lost, shown on the front page of the major websites for about 15 minutes before being pushed off again in favor of an update from the Twitter account of some developer you have never heard of, who thinks that there are too many homeless people in downtown LA.

Conscious of this, publishers announced a flurry of titles in the days before the show kicked off – NIER, Trauma Team, the latest episode of GTAIV DLC, Sonic All-Star Racing. Timed “leaks” and Twitter rumors mix with genuine screw-ups like that of the PSP Go, in a desperate attempt to extend a game’s time in the news cycle – the spotlight of blogs and website coverage that is, apparently, crucial to a title’s success. The result – the most torturous, needlessly-dragged out E3 in memory – and I write this before it even begins.

And torturous would be a good way to describe the most egregious example of news cycle hogging that has been Kojima Production’s never-ending sequence of countdown clocks to announce their latest title – a sequence that hopefully is now over, as I write this just before Microsoft’s conference kicks off.

I am not a fan of the Metal Gear series, so it was easy for me to be amused, and there was a delicious irony in watching gaming blogs and commenters deriding the drawn-out countdown clock tease, while simultaneously doing exactly what it was designed to do – get people talking about the games without even having to give any information away.

Hell, here I am right now, talking about a game I don’t even care about. For the mere price of a little flash design and server costs, Konami have had the whole Internet talking about Metal Gear Solid 5, or whatever it actually ended up being, for the better part of two weeks. All this without revealing any more about the game than they would have at a standard unveiling. You can buy that kind of publicity – but it usually doesn’t come anywhere as cheap as this.

Having said that, I think we’ll all be happier if publishers could put away the countdown clock strategy for a little while. I’d even take teasers over Twitter ahead of it for a while. This year alone we’ve had countdown clocks for Final Fantasy XIII, From Software’s PSP ports, End of Eternity, Prototype, Marvel Vs Capcom 2 and about 15 different games from Sega, all of which I have forgotten. There’s an ad on Kotaku right now for an “Exclusive Gamestop Villain Map Reveal” for Batman: Arkham Asylum that ends in 53 days. I hope it’s a mistake. And to be perfectly honest, it’s so poorly worded that I don’t even know what it’s advertising.

Countdown clocks strike me as a fumbling fallback for a business which does not really understand how to use the Internet yet. We are all agreed on the idea that visibility for your game is a good thing, and that more blog posts about your game translates into more visibility. But is the equation between visibility and game sales as clear-cut as it seems?

There have been many who proclaim to show that Metacritic score has surprisingly little impact on games sales. I would be interested to see a study that would correlate the number of articles about a given title on major gaming sites to actual game sales, and see how games like Zack & Wiki, Beyond Good and Evil, Ico and Okami would perform. And on the reverse side, games like Carnival Games, Wii Fit, or even games like FIFA, which regularly tops the annual UK all-format charts, but which rarely seems to make a dent in my corner of the Internet. 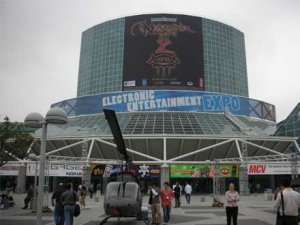 A few weeks back I wrote that one of the things we could learn from the sales of MadWorld is that hype on the Internet does not equate to sales in stores. This is a lesson that Hollywood learned through the tale of Snakes on a Plane. In case you’ve only been on the Internet for two years, Snakes on a Plane was a 2006 movie half-marketed and half-made by the Internet. There was a brief period of two months or so in the summer of 2006 where you couldn’t move for references to motherf***ing snakes on motherf***ing planes.

But after all the hype, Snakes on a Plane performed “basically performed like a normal horror movie” according to the president of its distributor, New Line Cinema. Despite all the blog posts, all the diggs, all the comedy phone calls from Samuel L. Jackson, all the very, very tiresome quotes, the New York Times noted that “all this effort, it seemed, yielded no more results than the conventional methods used by Hollywood for decades”. When you think about it, it should not be that surprising. After all, if what the Internet considered cool were to actually reflect reality, Chuck Norris would be the #1 box office draw.

Which brings us back to the announcement issue again. The countdown clock is just a symptom, a way to get hype for a new game announcement. But why do we put so much effort into the announcement of a new game, when bands will announce their new album before they even go into the recording studio, and everyone knows when a new movie is greenlit in Hollywood, before a scriptwriter has even been decided, much less a word of screenplay written?
We still have this strange obsession in the gaming world about protecting the very existence of a title until its announcement can be squeezed for every piece of hype its worth. Large publishers all have one thing in common, and that is that they are utterly dependent on their established IP to carry them through from one fiscal year to the next. Yet we are supposed to be surprised to discover that Activision plans to have another Call of Duty out in 2010, or that Epic has started work on Gears of War 3. God forbid they should admit to such a thing, lest someone get fired.

This arcane system seems to be a hangover from the days when getting a cover on one of the specialist magazine was the only way to hype your game; the offer of that game, exclusively, to a magazine was one of the few cards that small-and medium-sized publishers had to play. Just as then, after the announcement, you now show it at event after event, sending at least one “preview” build (i.e., most of the game, just without the bug testing) to the press, until every last part of the game is out in the open before it ever hits the shelves. The long, drawn-out intervals between announcement and release only serve to work gamers up into a frenzy, all but ensuring that the final product is disappointing simply because it doesn’t let you control space-time.

For all gaming has changed since the days when magazine covers were the most important game in town, it seems like the only thing we’ve evolved in terms of promotion is the damned countdown clock.

There’s no doubt that the countdown clock tends to succeed in its ostensible goal – it creates multiple blog posts and hype about a game, first for the appearance of the clock itself, then for the reveal. It’s a simple two for one offer. But does that flurry of attention ultimately translate into sales? I’ve seen too many titles the Internet loves fail to be anything but skeptical. To give a recent example, I wonder how many people actually heard of infamous from its appearance at E3 two whole years ago, and how many have been made aware of it from its great reviews and hype campaign in the weeks right before launch? I would wager it’s in a factor of thousands.

The Internet can no doubt be useful for spreading word of mouth, to reach the type of people who make new products successful – those Malcolm Gladwell termed Connectors, Mavens, and Salesmen. But as another hundred titles get thrown out into the ether this E3, maybe publishers should spend more time considering the other factors that create success – particularly what Gladwell terms the Stickiness Factor – the part of a message that makes it memorable. In an industry where not only the products, but the announcements themselves look startlingly familiar, that might be a better bet.

Christian Ward works for a major publisher, and wonders if it’s too early to start pining for the old days of the low-key E3.