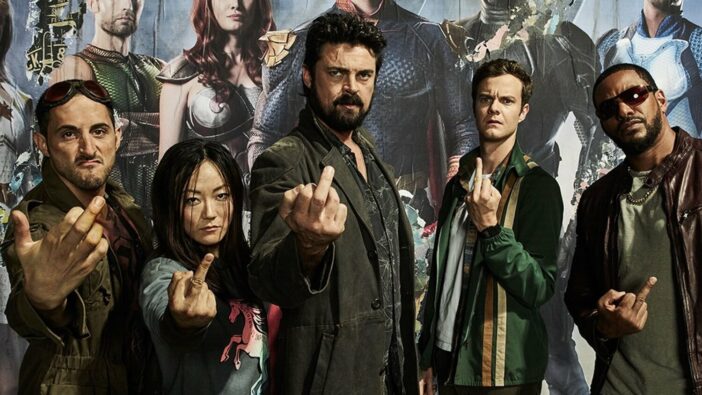 The Boys is almost back in town. Amazon has finally, after a surprisingly long wait, announced a release date for the third season of the satirical superhero show. As announced in a first-look teaser video, the first three episodes of The Boys season 3 will drop with a release date of June 3, 2022, with the rest of the show released weekly until the series finale on July 8.

Nearly the entire cast of the first two seasons is returning, minus those that died horrible, violent, bloody deaths. The show continues on as the Boys, a group of normal people, strive to take down the corrupt superhero team the Seven and the evil conglomerate behind them, Vaught. The teaser features Homelander (Antony Starr) standing next to Starlight (Erin Moriarty) looking like he’s one step away from going completely insane again. They’ll be joined by some new heroes this time around, including Soldier Boy, whom we got a look at previously. This season is set to explode with lore as the producers have promised a look back at previous Seven members and the history of Vaught. Check out the season 3 release date announcement for The Boys below.

The series is a huge hit for Amazon and its first two seasons were some of the best television running. The end of last season left plenty of questions up in the air, and the comics that inspired the show still have plenty of content to mine — so there’s a ton of places the series could go. Karl Urban, Jack Quaid, Antony Starr, Erin Moriarty, Dominique McElligott, Jessie T. Usher, Laz Alonso, Chace Crawford, Tomer Capon, Karen Fukuhara, and Nathan Mitchell also star in the show.

Now the long, five-month wait for that The Boys season 3 release date begins.