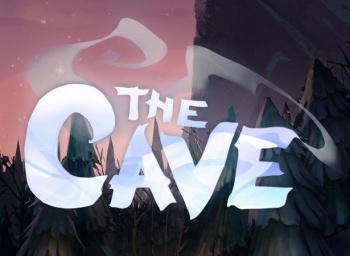 Platforming and puzzles, with a touch of tedium.

As you venture into The Cave you’ll find it laced with a self aware, morbid sense of humor, prompting you to fulfill the last wish in a slew of wickedly mischievous desires and to solve some pretty fun puzzles along the way. It turns out a lot of dark desires involve murder, who knew?

You’ll begin by selecting three of the available seven characters, each with a unique ability corresponding to their personality like telekinesis or ghost form. The classes vary widely, ranging from your typical knight and adventurer to the more unusual time traveler and mad scientist. Don’t worry about picking the wrong ones, either, since the game’s trials will shift to adapt to the composition of your party.

Once you’ve chosen, you’ll begin to progress through a series of connected tunnels and corridors, along the way discovering more about the characters you’ve selected and hopefully making your way towards some kind of closure. As you move forward you’ll encounter obstacles like locked doors and sleeping monsters, requiring you to open or dismantle them somehow in order to move into the next area. The whole time you’re exploring, The Cave‘s narrator will helpfully chime in with jokey clues: “Oh my, a nuclear rocket?” it taunts, and suddenly you’ll be filled with an irresistible urge to start pushing shiny red buttons.

The environment is surprisingly expansive, given the small, dark space that typically comes to mind when you hear the term “cave.” The settings, a reflection of the characters, are as different as they are themselves. Heck, sometimes you appear to be completely outdoors, climbing mountains, leaping across rooftops and even sailing across the ocean when the opportunity arises.

While the game has many of the standard platforming features like jumping, swimming and grappling around a somewhat linear 2D maze, the riddles you’re asked to solve are really quite intriguing in the way that they ask you to make use of up to three separate characters at a time. For example, perhaps you’ll have one character distracting a monster with a special power while another sneaks up behind it to pilfer its cache. As you journey through the cave you’ll delve into the back story of each of the three people you’ve selected, finding bits of who they are and what brought them there as you eventually work towards the fulfillment of their final task. When you do reach the area specific to the character at hand, you’ll be limited to using them while you figure out how to move on, prompting a deeper examination of their particular talents.

Although the game assists you by labeling all of the usable objects with names, occasionally it can be difficult to follow the very particular leaps in logic that it expects you to take. This isn’t so much a fault of design as a factor of how unusual the scenarios you’re put in tend to be. Personally, I had a lot of trouble figuring out what to do after spraying myself with dinosaur pheromones, but you may have a much easier time with that.

Once you’ve solved a particular puzzle you’ll have little reason to return to it, as the most enjoyable part of playing this game is the initial thrill of discovering how the pieces will fit together. While this is an issue typical of the genre, its presence is particularly tedious in The Cave; Since you’re asked to choose only three out of the seven playable characters to accompany you through each playthrough, you’ll be forced to repeat the game at least three times in order to see all of its content. That means the third time you’ll only have one new setting to explore, essentially forcing you into busywork in order to finish the whole of the narrative.

It’s helpful having a friend nearby to bounce ideas off of when you got stuck in the singleplayer, so you’d think co-op would be a lot of fun and really cut down on time spent running around, scanning for missed clues. However, as there is no splitscreen functionality built into the game, you wind up having to toggle between yourself and your friend, amounting to nearly the same thing as having them just sit next to you on the couch. Even worse, it’s possible to actually break the game attempting to play cooperatively. I noticed there was an achievement tied to a particular area I was in, we went back to explore it together, and afterwards were completely unable to progress to the next stage in the game.

The Cave‘s offbeat sense of humor is mostly charming, and actually solving the puzzles inside it feels delightfully difficult. However, the severely diminishing returns on its replay value make it more of a momentarily amusing distraction than something you’ll be holding onto for years to come.

Bottom Line: Ultimately it’s a game that feels good, but not great; Worth a play, but by no means on its way to becoming a classic.

Recommendation: Pick this up if you love logic games and dark humor, and want a fun way to spend an afternoon or two.