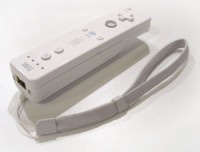 Consolize. According to the Wikipedia entry, it’s the process whereby an arcade game board is modified for use on a standard television set. But lately, the term has taken on a new and sometimes emotionally-charged meaning for a small but particularly dedicated group of gamers, to whom it means something entirely different: The process whereby a PC videogame is modified for use on a standard gaming console.

It’s generally thrown out as a pejorative in those never-ending debates over the relative merits of PC vs. console gaming, accompanied by accusatory claims about how much better a game would be, if only it hadn’t been necessary to cut it off at the knees in order to accommodate inferior console hardware. Developers are forced to work with much more restrictive limitations, resulting in smaller levels, simplified controls and disturbingly superficial gameplay.

As you might guess, it’s a narrowly-held belief, taken seriously only by a small percentage of longtime PC gamers who cut their teeth on Infocom adventures and still think of Sid Meier as that guy who helped out Andy Hollis and Bill Stealey. Like missionaries to a fading god, these people are possessed of both an unwavering belief in their rightness and their willingness to preach their truth to growing crowds of disbelievers.

Of course, it buys them no small amount of grief and derision. Like some sort of mutated Godwin’s Law for the nerd set, the appearance of the consolization argument in any gaming-related conversation typically signals the end of serious discussion and the beginning of the name-calling and finger-pointing. The bulk of gamers laugh off the idea, flipping the virtual bird at anyone who too-insistently blames the PlayStation for the decline of the videogame; adherents to the theory seem to find the dilution of their games only slightly more enraging than their failure to be taken seriously.

For them, then, here’s a bit of a backhanded morale booster: they’re right. There are exceptions, of course, but the undeniable trend in the North American gaming market is toward consolized games. PC games look and play more like their console brethren than ever before, and major PC releases without a corresponding version for at least one of the Big Three console systems is virtually unheard of. It drives PC gaming purists nuts, but the impact of consoles on PC game design is beyond question. Here’s the tricky bit: It is also very possibly the only thing that will save PC gaming.

The evolution of PC gaming toward console commonality will, in theory, bring it to the masses. Paradoxically, this isn’t good news in the eyes of some of the platform’s enthusiasts, who don’t want the masses anywhere near their precious games; the Great Unwashed will bring nothing but heartache and sub-standard, derivative gameplay aimed at the lowest common denominator. There may be a certain warped integrity to that stance, but it ignores the very simple reality that without broad appeal, games won’t sell. And when games don’t sell, they stop being made.

This change in PC gaming is coming to you by way of “accessibility,” a particularly galling concept for the anti-console crowd that conjures images of “dumbed-down” gameplay, hyper-simplification and the elimination of complexity as a barrier to entry. Kieron Gillen referred to it in his work blog as “lowering the bottom end of the genre” – drawing in more (and more varied) gamers by trimming the extraneous fat while keeping the core experience intact. 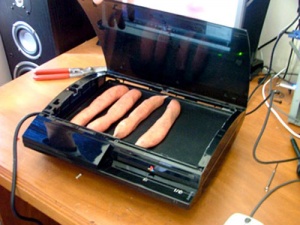 Accessibility in action: You buy a game for the PlayStation 3. You bring it home, stick it in and wait for it to tell you what buttons to punch. Punch ’em, and a few seconds later you’re racing through mud-splattered canyons or beating the crap out of some guy in Tulsa. PCs don’t offer quite the same experience; if the game doesn’t autostart, you’ll need to find and run the installation program, at which point you’ll tell it where to install the game (you do have enough free hard drive space, don’t you?), select your resolution and perhaps your sound hardware, and finally whether you want a desktop icon, a quick-launch icon or, if you’d prefer it, just be buried somewhere in your Start menu. Not exactly brain surgery, perhaps, but my dad still hasn’t quite figured it out, and I’m beginning to doubt he ever will.

It’s an unintuitive system, and it’s killing PC gaming. PCs were created by enthusiasts, for enthusiasts; gaming consoles were born of the idea that everyone has a television, so everyone can have a game system. Everything since Pong has demonstrated that videogaming at home can be simple, an idea which has taken sufficient root over the years to make the once-necessary complication of the PC seem entirely unneeded. Most gamers coming on stream today, young and old alike, don’t even know what a sound card port address is, much less an IRQ or a DMA; suggesting that such knowledge is an inherent part of gaming is likely to elicit nothing but weird stares.

Microsoft’s Games For Windows program is designed to eliminate much of that headache by mandating an “easy installation” option that simplifies the process as much as possible; like consoles, gamers will insert the disk, make a few mouse clicks when prompted and be ready to go. Not everyone thinks it’s an ideal solution – some gamers are loathe to surrender any degree of control to an automated process – and presumably the more standard installation options will also be available. But for today’s game-buying masses, “turn it on and play the game” is vital. 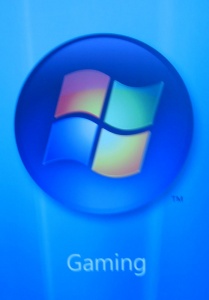 Accommodating streamlined gameplay is also an unavoidable part of the evolution of the videogame. Having 104 keys and eight mouse buttons doesn’t necessarily mean they all need to be used. An overly obtuse interface spells trouble for any game. Some games are more complex than others and will be inherently more demanding as a result; but just as often, if not more so, a concise and simple control scheme will allow for easier and therefore deeper immersion into a game, heightening the experience for everyone.

While the gaming market as a whole continues to grow globally, the PC games market is predicted to shrink. According to a report by PricewaterhouseCoopers, spending on PC games and related hardware will be down to $840 million by 2011 from $969 million in 2006, itself a paltry number compared to the $13 billion value of the global gaming market predicted by 2012. The number of female gamers is growing, as is the number of “old” gamers. (Sorry, Mom.) While the hardcore crowd may look upon those demographics with disdain, Nintendo continues to put the boots to the competition from Sony and Microsoft largely by appealing to them; likewise, Gary Grigsby’s Pacific War may be one of the most accurate and detailed simulations of the Pacific Theater ever created, but it’s never going to make anyone’s bestseller list.

Gaming is converging. The future, if not exactly here at this very moment, is at least clearly inevitable. And no matter where it’s going, the consoles are leading the way. So to the diehards, the throwbacks, the purists and the true believers: Things have changed, and they’re not going back. Warren Spector is designing for the Xbox. Civilization is coming to the Nintendo DS. And yes, your games are being consolized. Be thankful for it.