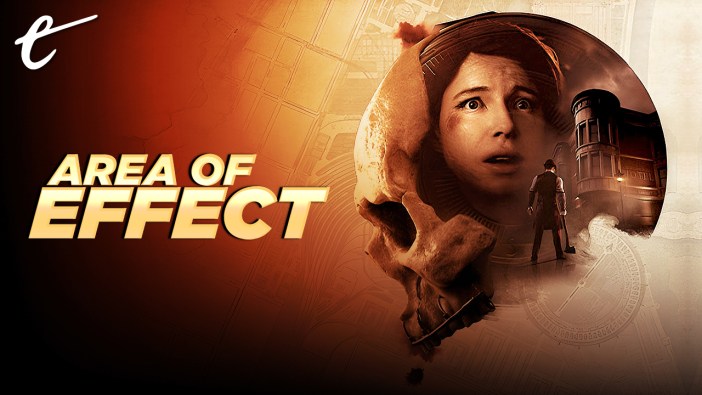 This article contains minor spoilers for The Dark Pictures Anthology: The Devil in Me in its discussion of the implementation of puzzles.

The Dark Pictures Anthology: The Devil in Me isn’t short on nightmares. Without spoiling things too much, let’s just say that there’s no dignity in death. Yet it took just one sentence to put me on edge.

The sentence in question? “Jamie can use the Multimeter to fix fuse boxes.”

Admittedly, that might not seem too harrowing, but cropping up early within the game, it was the use of “boxes,” plural, that was particularly off-putting. I’d tried to avoid spoilers for The Devil in Me, but I was aware that puzzles were going to figure into the mix. And as a fan of the series, I’d hoped they weren’t going to undermine The Dark Pictures Anthology’s horror.

But being informed that I’d have to fix multiple fuse boxes felt like a clanging bell of doom for The Devil in Me’s fear factor. What was especially odd was the way the game seemed proud of this. Did developer Supermassive honestly think I was going to be slavering at the prospect of pausing to press a bunch of buttons?

Apparently so, as evidenced by this PlayStation.Blog article. Supermassive game director Tom Heaton remarked, “And there will be puzzles to confound and confuse the player. Fuse boxes to be rewired, hidden codes to be found, objects to be moved around to create new paths through the world.” 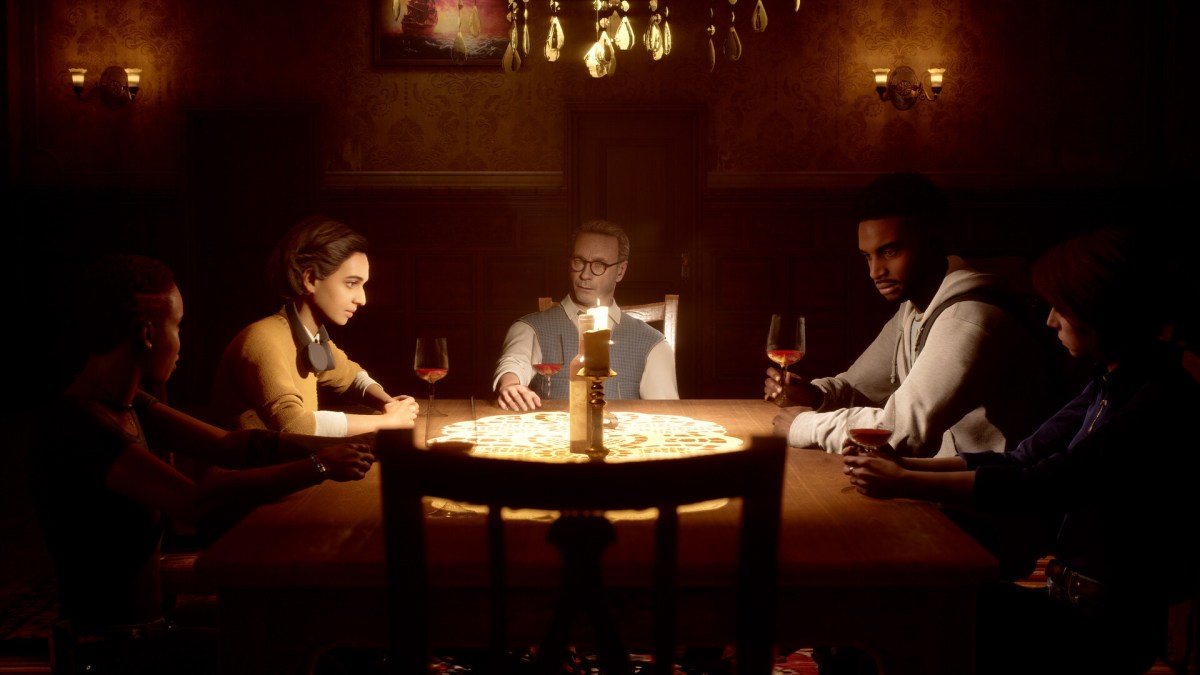 But why would you want to confuse and confound? The Dark Pictures games are all about fear — fear, horror, unease, and the nagging feeling that some decision you’ve made is going to doom one or more of your characters. Yes, there’s bound to be some mystery, but as much in games as in movies, if an audience is in a state of confusion, whatever frights a director is trying to inflict on them aren’t going to hit nearly as hard.

Maybe, I reasoned after a couple of minutes of consideration, this was the game going easy on me. Maybe the next time I was trying to fix a fuse box, there’d be noxious gas pouring in. Perhaps The Devil in Me was going to turn into Saw, with characters meeting a horrific fate if you couldn’t solve the Towers of Hanoi in five minutes.

But no, while there is the odd Saw-like situation or two, puzzles rarely figure into the affair. The Devil in Me’s antagonist is happy to twiddle their thumbs while you’re meddling with a fuse box or poking around a maze looking for a switch handle. In that latter case, there are a couple of jump scares thrown in, but it quickly becomes apparent you’re in no immediate danger. And so, 90% of the tension that’s been building goes out of the window.

Even before the crate / trolley pushing started, the less physical puzzles in The Devil in Me had started to undermine the game’s fear factor. I spent several minutes wandering around looking for the electrical cabinet door code, grumbling, when I should have been panicking that someone shut the power off.

Taken in isolation, there’s nothing functionally wrong with the puzzles. But in context, they’re repetitive and just don’t belong in a The Dark Pictures Anthology game. 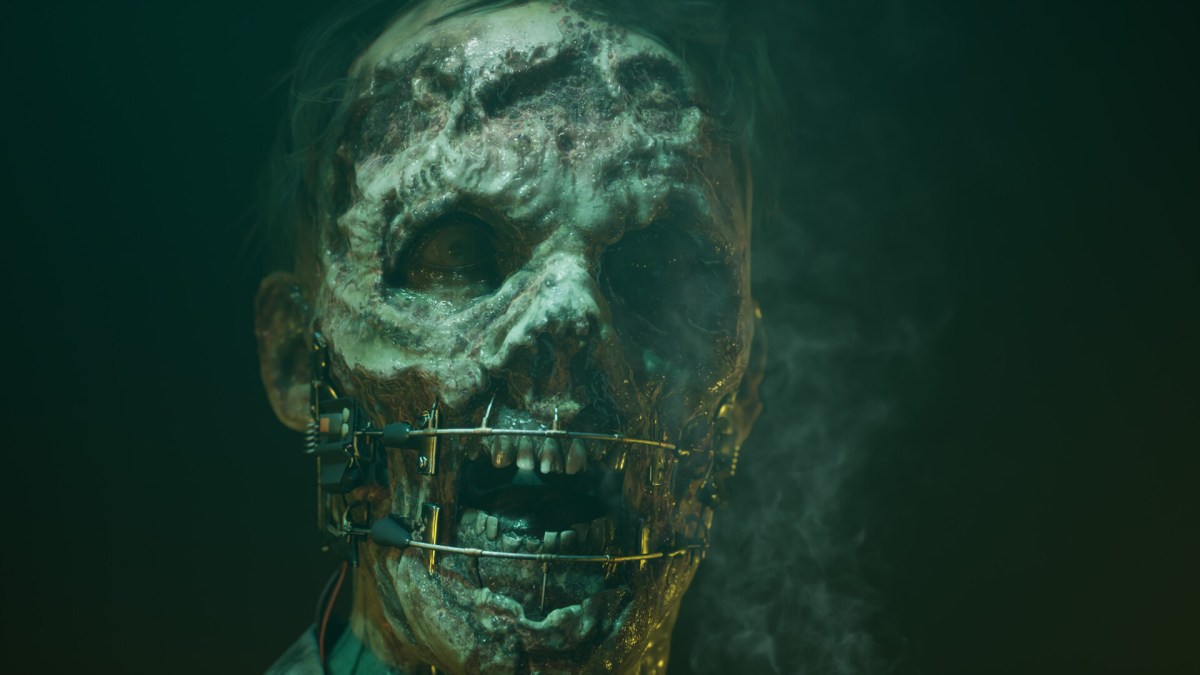 I have my own theory as to how they got there. Rightly or wrongly, The Dark Pictures games have been labeled “interactive movies.” I’ve certainly called them that, though it was never intended as an insult. Maybe someone at Supermassive got sick of hearing that label and decided they needed to throw more gameplay elements in.

But instead, they’ve diluted what made The Dark Pictures games great. Man of Medan, also directed by Tom Heaton, had none of these trappings. It was a sharply paced, smartly written, and suitably unsettling game that succeeded because of how straightforward it was. It didn’t try to be a full-blown adventure game, and it was better for it.

Yes, it used collectibles and scraps of lore to encourage you to roam, subjecting you to more unease as you realized you’d willingly left your fellow characters behind. But it didn’t force you to explore every nook in search of an object or subject you to puzzle after puzzle. The former was very much your choice, and the latter was entirely absent from the game.

Do the puzzles ruin the game? No — I still get a kick out of it, even if it does have one too many death fakeouts. But there’s two things I’m dreading when I open a door — that there’ll be a bowler-hatted murderer lurking behind the door and that I’ll be forced to meddle with another sodding fuse box. And to be honest, the first option is preferable.

I’m hoping that The Devil in Me’s dalliance with puzzles is a temporary affair and that when Directive 8020, the next entry in the series, rolls around, it’ll be mercifully free of puzzles. Because if this is the way forward for The Dark Pictures, Supermassive needs to take a step back.