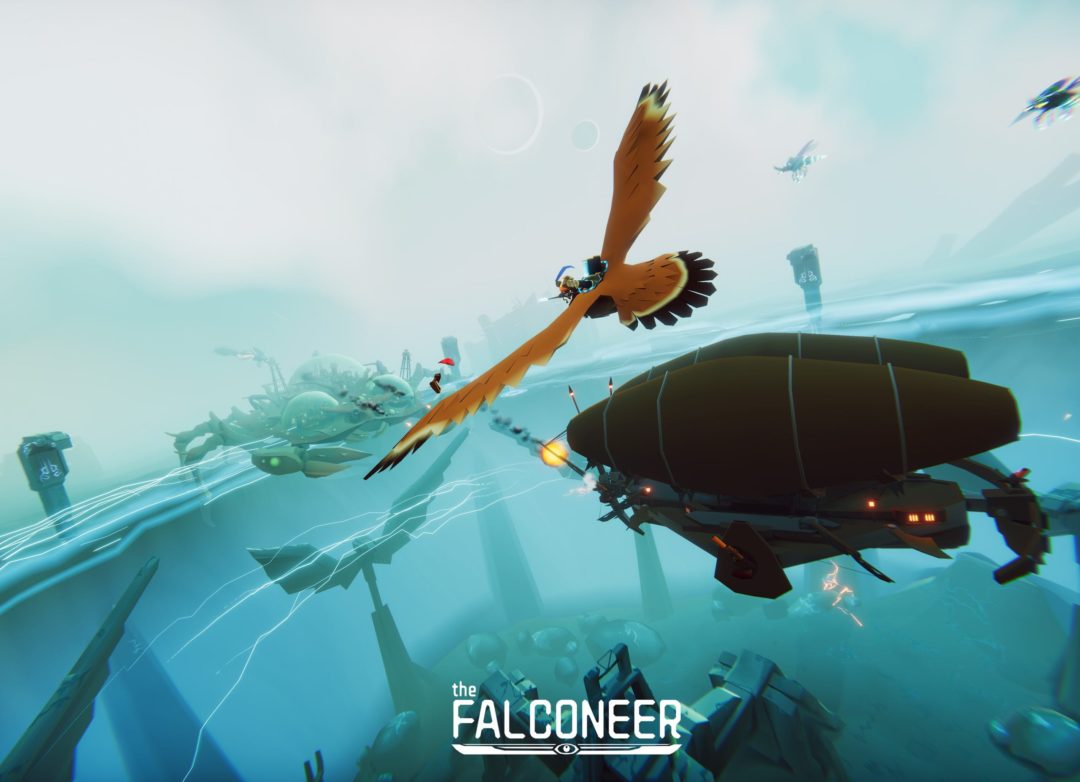 Air combat military games have often been constrained by reality. Piloting fighter jets through dogfights is exhilarating, but it is bound to look and feel a certain way. With The Falconeer, players finally get to experience aerial action through a new, fantastical lens: on the back of a giant bird.

Solo developer Tomas Sala talked with the Escapist about what influenced The Falconeer’s deep oceans and vast skies. The aim is to pack the game with content for its 2020 debut, staying varied with RPG mechanics coupled with enemy factions in an open world. In many ways, Sala’s lifelong passion for flight combat games of old has prepared him to make The Falconeer soar.

What is The Falconeer about?

Tomas Sala: The Falconeer is an open-(ocean)world air combat game. You ride atop a giant falcon fighting fantastical creatures, airships, and other falcons. The game itself is inspired by all the flying games I enjoyed growing up, from Elite and Star Wars: TIE Fighter to Freelancer and Crimson Skies. If there’s a fair bit of space games in there it’s because of the open worlds and doing missions, combat, and exploration mechanics have been most common there. I enjoy that RPG aspect of an open world as well as the epic set pieces you get in the more story-driven air combat games.

I’m the solo developer on The Falconeer, so I’m responsible for all art, animation, coding, and so forth. It’s a bit of the “seasoned developer goes solo” story for sure. 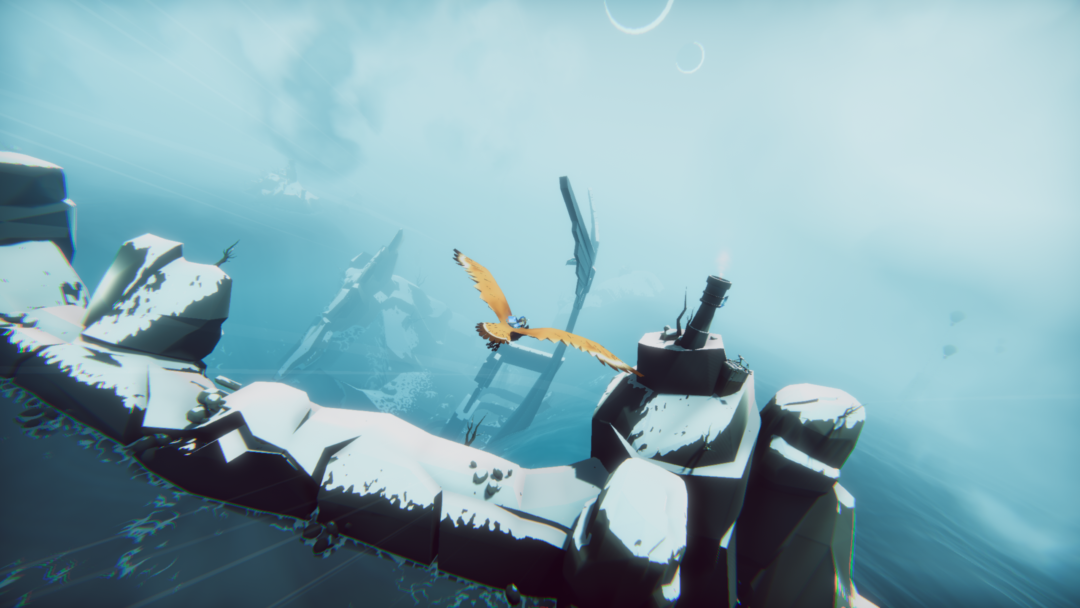 What is The Falconeer’s core gameplay loop? And how will gameplay be kept varied?

Sala: I think there are two main aspects in The Falconeer. One is the open world, where you can fly from settlement to settlement to perform missions, earn loot, and upgrade your gear and bird. But there are also multiple campaigns that allow you to play through a fairly linear story that exposes a coherent narrative from multiple perspectives, and these include discovering the hidden histories of the Ursee world and more explorative player progression.

In the world there are several factions each with a different focus and sometimes mission types. So, there will be missions to escort and defend traders, discover and retrieve ancient relics, sorties to underground caves, fights against massive capital air and surface ships, and bombing by picking up sea mines and dropping them on your enemies. On top of that there will be plenty of smaller discoveries to unlock on and below the Ursee.

Where are you from? Do you think your upbringing had any influence on what the Falconeer has turned into?

Sala: I’m from the Netherlands and currently live just outside Amsterdam. I think currently what’s influencing my designs and storytelling is the world we live in right now just as much as my upbringing. But inspiration can be so diverse; I have a fascination for moody and dark skies, which very well might stem from being Dutch and seeing a lot of 17th and 18th century seascapes with all kinds of sailing ships. There’s definitely a fair bit of that tall-ship vibe in The Falconeer.

Tell us about how you got into game design and your work on your past projects. How have they brought you to The Falconeer?

Sala: I’ve been in game development for 18 years and I’ve done all kinds of work. From adver-gaming and educational games all the way up to working as creative director on Track Lab, a title published by Sony Interactive Entertainment exclusively for Playstation VR.

But I think most gamers will know my work from the mods I created in my spare time a few years ago for Skyrim, Moonpath to Elsweyr. Being an artist who also codes I was the first one to create a jungle setting for icy Skyrim, and it just took off from there. The airship model I made for the Moonpath was pretty iconic (and used by other modders in quite a few of their mods), and a direct precursor to the airship designs I use in The Falconeer. So, there’s a pretty straight lineage to The Falconeer. 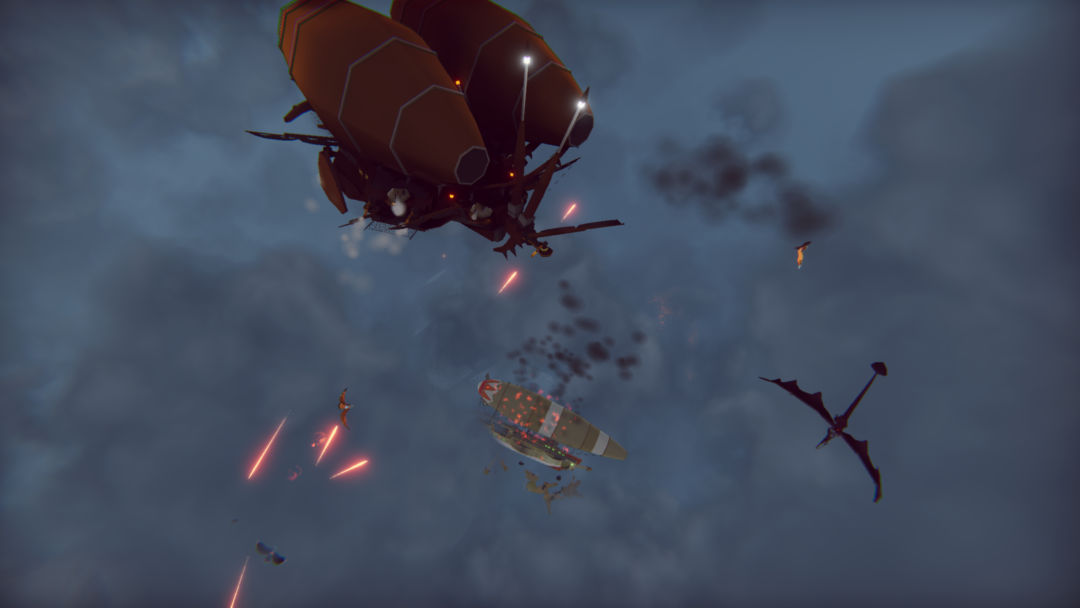 How long have you wanted to make something like The Falconeer? Is this an idea you’ve always had in your head?

Sala: I’ve been working on The Falconeer for about two years now, but the idea actually came out of the “failure” of a game I had been solo developing previously called “Oberon’s Court.” Much of the style and feeling for The Falconeer I was already experimenting with in that game. Sadly, it was an RTS and I can testify that’s not a good genre to try and build by yourself. In the end the gameplay didn’t mature to the point I felt it was worthy of completion. (I might revisit the concept in the future though.) When evaluating I felt I should focus on something where the gameplay was instantaneously satisfying, meaning at any point I should be able to pick up a controller and “feel” if the gameplay was good. So, then I realized how many flying and space games I enjoyed growing up, and here we are. I think a lot of my love for open-world RPGs is also showing in the game and its locations.

Were there any big ideas during development you’ve ended up tossing out? How much has the game changed since it started development?

Sala: Kill your darlings; there are plenty of these. I think the easiest one to understand is health regeneration. Initially I thought it would be cool to find and hunt for fish, diving in to catch them and then fly off to a perch and have your bird eat ‘em for health. This worked and was a satisfying minigame the first few times but would be very annoying after a while and you needed to do this minigame after every combat. So, I replaced healing this way with a more player-friendly regeneration over time, which is infinitely less repetitive. You can still catch fish in the game because that was cool as a diversion, and it will have some sort of use as well, but not healing.

What can you tell us about the game’s offerings beyond dogfighting? Why should players play The Falconeer besides its unique world and aerial combat?

Sala: Hah, I feel if people play it just for the combat and the world, I’ve succeeded a fair bit. That said, as people have noticed from the trailer, I love music and working with talented musicians such as Sherry Dyanne who wrote and performed that song especially for The Falconeer, so I hope the game will be a treat to listen to as well.

On top of that the story I’m working on will involve reincarnation, leadership, and political intrigue by the different factions of the world. I love storytelling where you get a sense of the world and history, and you just want to find out more and more lore, just never enough to satisfy your curiosity. So, the setting goes beyond just being pretty. I feel a world makes the most sense if the locations and people in it have history and purpose. A sense that towns are lived in, cities are ancient and worn, and everything is there for a reason.

I saw that you were inspired by classic flying sims that make the player feel like they’re a real combat pilot. What have you done to ensure that The Falconeer players will have that same feeling with your game?

Sala: I think there are three ingredients to the type of fighting you’ll do in The Falconeer that connect with classic dogfighting. One’s environments that give you a sense of speed and location within the world. And I fully count clouds as part of that environment; opponents will even lose track of you when you’re fully obscured by cloud cover.

A second aspect is camera work. I really wanted to have cinematic moments when in the sky, without ever taking control of the camera directly. So, while playing you can swap smoothly between camera modes, a straight follow cam, a target-locked cam, and a stick-controlled orbit cam. And it’s a smooth mix of these three that creates a sense of having a very cinematic-style camera that’s framing the action.

Thirdly, the scale of the combat I’m going for is very WW1 furball-style engagements, with erratic highly maneuverable opponents not going at supersonic or 600 mph speeds. Strangely, the combat itself is then much more hectic and fast-paced. I’ve also taken care to add some of the details of classic air combat in the visual FX, zooming by; firing and then seeing an opposing Falconeer burst into flames and smoke while tumbling down to earth is a core experience for the game.

There is one element that’s unique to the Falconeer style air combat, and that is in-air acrobatics. Riding a living being, a bird of prey no less, gives some unique advantages including near instant spins and inversions the bird can do, and that no plane would ever be able to. I think only when I added those did the gameplay really pop. 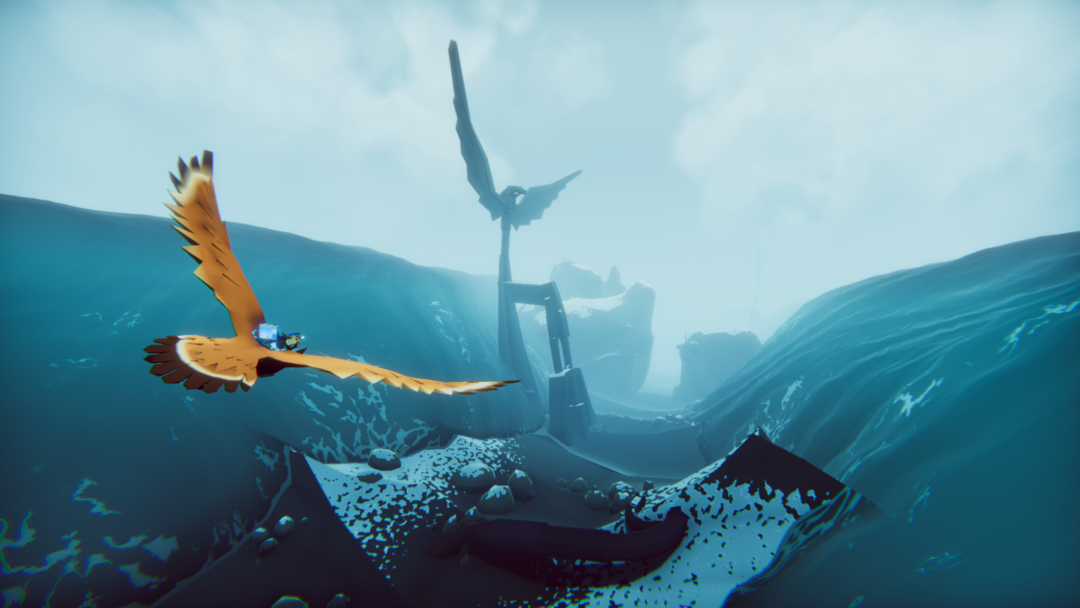 The world you’ve crafted in the game reminds me of the flooded Hyrule in The Legend of Zelda: The Wind Waker. Was there any influence there, or what did influence the game’s setting?

Sala: I was never a Nintendo kid, definitely an MS-dos kid, but I did play Breath of the Wild and enjoyed it tremendously. Visually I’m definitely in the “less is more” school of game art Nintendo excels at.

Visually, games like Homeworld also take that jump away from photorealism toward stylization without becoming cartoony, and I loved it for it. I think world-wise, Skyrim is of course a huge influence. The type of environmental storytelling where there’s a dead girl, an orc impaled on a tree trunk, and a note on the ground is the kind of stuff that just blew me away. That feeling that there’s always one more story to find. I think the setting itself is more influenced by books than games — writers like China Mieville spring to mind — worlds that feel truly alien, even if they are filled with human beings and recognizable intrigue and stories.

Do you have any dream scenario ideas for post-launch content?

Sala: Every battle has its losers — some last captain escorting the remaining troops home safely through terrain they just lost that is now hostile, trying to get back somewhere safe while wounded and broken. I think in games we offer heroics up very easily to the player. As players it can be intoxicating to succeed, but it leaves little space for reflection. It’d be nice if I get a chance in the DLC to investigate that even further.

Is there anything else you’d like to add about The Falconeer or your work as a developer?

Sala: I think there’s still a lot of gamers out there that assume a solo or indie developer can’t ever hope to provide them the gameplay and visual highs they associate with their AAA experiences. But I feel that not only are the tools there for artists to start providing those experiences, but there are now developers and artists that matured with these tools and are taking them to craft new and unique places no one has been before. And that is my ambition as well, to literally make you take off and fly away somewhere completely new and original.