Movie going has been in a state of constant technological upheaval from the moment it was invented. Sound, color, widescreen, 3D, smell-o-vision, um… 3D again but better this time I guess. The list of innovations that have reshaped the cinematic experience goes on and on. What will the future bring? Well, surely there are expert futurists or seasoned industry veterans you could turn to for that answer, but wouldn’t it be just as good to hear the educated guesses of an internet movie critic?

This is the easiest call in the world to make, which is why I’m leading with it. For as long as there have been movie theaters, the entire business has been built around (and limited by) having to move physical prints from theater to theater. It’s expensive, it’s time-consuming and most of the time it’s the main reason why you can’t see what you want when you want to.

But it’s not the way things are going to stay.

Right now, most major theaters are well into a conversion from traditional film projectors to digital versions, which use high-def digital video files rather than film reels. The majority of films are still shipped to theaters, now in the form of discs or drives containing the digital files, but technological advancements will very soon make it both possible and affordable for these files to be streamed directly from their studios and/or distributors directly to theaters. Aside from being (theoretically) faster and cheaper, this will very likely change the landscape of film distribution in profound ways.

Most immediately, it would be possible for a studio or filmmaker to make changes to an already-released film almost on the fly. Imagine a world where “movie mistakes” like incorrect clocks, makeup-continuity flubs, an out of place prop, visible boom-mics, etc are no longer part of a film’s permanent record; since mistakes caught on the first day of release could hypothetically be learned of on the first day of release and then “patched” with quick FX work (and a new upload of the source-file) in time for the first showing of the second day.

It could also lead to a rebirth of the concept of “revival” screenings – the showing of older movies on the big screen. We’re already seeing some of this back in the multiplex world with 3D re-releases of major classics (“The Wizard of Oz” is getting one later this year) but when you’re streaming rather than shipping the field becomes much broader. In theory, providing that studios do the smart thing and make theater-ready digital back catalogues of their films available to theater operators, a theater owner could respond to specific opportunities with specific films. Is the sequel to a major hit opening on Friday? Might be a good idea to dial up the original and run it during the week. Is it Christmastime? Perhaps your customers would like to see “It’s A Wonderful Life” on the big screen. 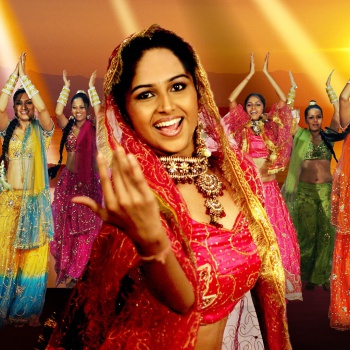 The biggest boon might well be to regional theaters in niche markets. Demographics can dramatically alter the tastes of an audience, and the current model of film-distribution is a poor fit for theaters in an America whose population is increasingly migratory and shifting. A neighborhood that had been (for example) predominantly middle-class African American for generations can become an enclave for immigrant families from Russia within a generation given the right set of economic circumstances, and a change in consumer-base like that can cripple some businesses and embolden others. A movie theater that could stream, say, Bollywood movies because they’ve noticed more folks of Indian descent living locally – better serving their communities in real-time without having to wait for Hollywood to catch on.

YOU WILL NO LONGER BE ASKED TO TURN OFF YOUR PHONE

Here, then, are two undeniable truisms:

1. The devices will still be called “phones,” even though they are more accurately small multipurpose computers that can be used as phones, among other functions. They are now integral parts of modern life for more and more people, and that is not going to change course any time soon.

2. It is incredibly annoying when people talk, text or otherwise make use of their phones during movies. It’s rude, and you shouldn’t do it.

But… well, back to Number One: People feel, fairly or not, that their lives increasingly depend on having constant access to this or that information via their phones already – how will they feel when these devices are (very soon) also heart-rate monitors or medication reminders? What will we do about phones in theaters when it really, finally is widely considered an undue burden to ask that we turn them off? Other than bemoan that we somehow let ourselves get to that point, I mean.

Well, for starters, someone will have to invent a way for things like texting or whatnot to be functional in the dark, or at least dark enough to not be obtrusive to others in the theater. Don’t ask me what it’d be – some kind of haptic-feedback addition to the touchscreen, a version of Braille for the otherwise-sighted perhaps? Or maybe it’s possible that a variation on the technology that can make laptop screens only visible from a specific angle could be used to render smartphone screens nice and dim to all but their immediate user? Whatever. Point is, like it or not someone is going to work out a way for people to text their pals and check their stocks during movies without unnecessarily intruding on other people’s experience. Worst case scenario, we all just accept that a sea of glowy squares in otherwise-dark theaters is just the new reality. Active mini-computers will be common accessories in theaters… and that’s potentially exciting to me.

People are already using smartphones to play MP3s of commentaries for newly-released movies ala RiffTrax (using headphones, of course), so why not apply that idea to other areas in a more official capacity? You could, theoretically, listen to a movie translated into a language you’re more familiar with than the one it was produced in. Alternate soundtracks could also be used to loosen the MPAA censorship requirements for “strong language” – an adult could listen to an “unrated” audio stream while a “cleaner” version played over theater speakers. 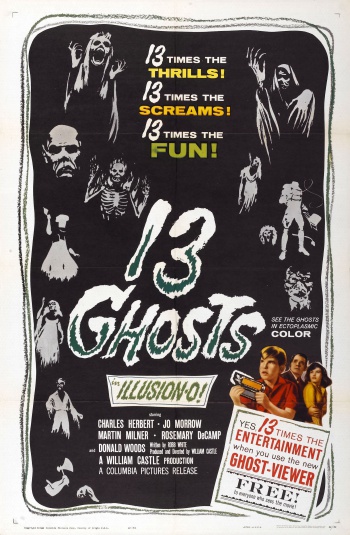 3D MAY OR MAY NOT BE HERE TO STAY, BUT THE GLASSES ARE

Okay, without getting too technical about it, here’s how 3D movies actually work: The screen is actually filled with more visual information than normal, and the glasses are actually light-filters that render certain specific areas of that visual clutter invisible, creating the illusion of layers and thus depth. Y’know what this same basic technology can also do? Let you see things on a screen that aren’t otherwise visible at all.

Back in 1960, this was the gimmick to William Castle’s original “13 Ghosts.” Audiences were given “Illusion-O” ghost-viewing cards with separate blue and red vision-slots. Looking through the blue slot would keep the film’s optical-effect ghosts invisible, while “brave” viewers could get a clear look through the red slot. Can you think of good modern applications for that concept using our much more advanced modern 3D tech? Because I can.

Actually, I can think of some BAD ones, too – imagine 3D glasses acting as a kind of cinematic “ad-block” option: Buy a “regular” ticket and the background of a given film might be packed with product placement (i.e. “real” products on billboards, signs, props, etc), but pay extra for the glasses and watch the film with such things filtered out. That’d be pretty awful all around, but don’t think for a minute I’m the first person to imagine it as a possibility.

But what I’d rather think of are the more beneficial applications: Alternate-language subtitles visible on a case-by-case basis, for example. Or perhaps an “info-graphic” set-up a’la “Pop-Up Video.” In certain cases, I could even imagine it being utilized to project an R and PG-13-rated movie on the same screen, by making certain instances of bloodletting or nudity invisible without the glasses. And that’s just off the top of my head…

WHEN YOU BUY POPCORN, THE REESE’S PIECES WILL ALREADY BE MIXED IN SO YOU DON’T HAVE TO BUY A BOX AND DO IT YOURSELF

…Other people do this, right?