I’ve never liked the phrase “the Citizen Kane of videogames.” I suspect no one actually does, which is why it’s become a joke about gamers’ desperate need for validation. But what bothers me most about this ridiculous meme is that it misses the actual message Citizen Kane imparts, and it’s something the game industry needs to hear. With systemic hubris driving business decisions and an almost palpable condescension toward the people that buy their products, one thing’s become increasingly clear: games may not have a Citizen Kane, but the game industry is Citizen Kane.

The young industry was like the young Kane, trotting in with the cavalier enthusiasm that it might be fun to run a newspaper. They were scrappy and young. Sleeping in the office. New blood come to kick out the old guard and change the world. But as crusade became business and empire, owners came off the front line. Studios stopped being run by artists and the suits took over – like Kane hiring writers away from rival papers, creatives became something a studio collects and owns, and their treatment suffered accordingly. Today, executives too often treat employees as disposable, the first ones on the chopping block two weeks before ship date. Those that stay don’t stay long, as the burnout rate is abysmal. The IGDA’s most recent quality of life survey found that only 20% of employees had been in the industry for 10 years or more, and surveyed employees averaged only 3.38 years at their current job. Crunch still holds sway over production, and over 40% of developers surveyed didn’t receive compensation for crunch time – and only 9.1% get overtime pay at all. This is how you treat assets, not people.

But it’s not just about horse-trading creatives, the industry’s taste for empty spectacle also has some similarities to Kane. Picture Kane standing in front of election banners: asking for votes while making no promises, thinking he can win without stating policies. All flash and no substance. All sizzle and no steak. I see that, and in my mind’s eye I see the enormous banners and screens of E3 – events where journalists watch teaser trailers that have nothing to do with gameplay, or see games played, but never pick up the controller. I recall the PS4 reveal that showed us the DualShock 4, but not the console itself – which when it’s revealed, was kept inside a plexiglass chamber like it was the Hope Diamond. Microsoft, for their part, kept the “first” retail Xbox One in a shark tank in New Zealand. This flash and dazzle routine can prove harmless, unless it’s performed with the assumption that consumers will buy anything – and unfortunately, this is too often the case.

That’s the assumption Kane made, and it’s faulty. Kane loses the election due to a sex scandal he thinks he can weather due to his popularity. The voters desert him. And as Kane stands in his empty campaign headquarters ranting about the peoples’ betrayal, his friend Jedediah Leland interrupts him.

“You talk about the people as though you owned them,” Leland says. “As though they belonged to you.” 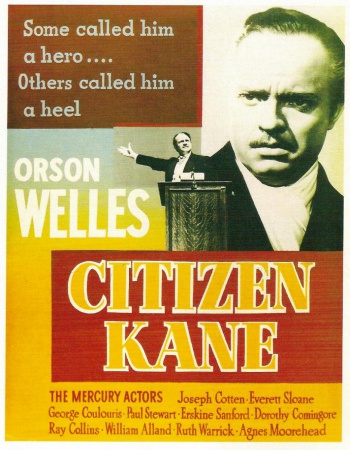 Owning your customers, too, is an industry sin. When Microsoft doubled down on its DRM policies, always-on Kinect and 24 hour check-ins, it believed it could weather the storm simply because it was Microsoft and their fans would all buy in anyway. They ignored every indication that consumers didn’t want these features and ploughed ahead as if their customers owed them allegiance rather than the other way around. Over and over again with DRM, with SIM City’s mandatory multiplayer, with on-disc DLC or shipping games that are unfinished or with odious free to play monetization schemes, companies continually act like we are beholden to them. Instead of creating a good product and selling it at a fair price, to often games seem conceived to serve the company’s needs first. This is a thoroughly backward understanding of economics, and companies flirt with it at their own peril – as Microsoft discovered, and EA recently found with Dungeon Keeper. Every product strikes a balance between what consumers want to buy and companies want to sell, and if that balance sways too much toward the company, even your most loyal customers will desert you.

And perhaps due to that feeling of ownership game publishers have over their audience, some don’t feel compelled to keep their own promises. Sometimes it happens despite a good faith effort, like how BioShock Infinite changed significantly from its original demo, but updated consumers’ expectations with advertising before release. But in darker examples like Aliens: Colonial Marines, the game consumers bought – as pointed out masterfully by The Escapist‘s own Jim Sterling – was fundamentally different than the one promised in its promotional material. Other times broken promises are less about single games and more about a company’s changing mission over the long term. It’s difficult to read EA’s old “Can a Computer Make You Cry?” advertisement without thinking how far they’ve fallen from their original vision – to the point that Extra Credits read the statement back to EA Marketing, much the same as Jedediah Leland mailed Kane his original Statement of Principles to remind the great man that he’d once had integrity. Likewise Nintendo, once so guarded about what games carried its Seal of Quality, has been slapping it on third-party shovelware for years – not to mention their bad record on conflict minerals, strange for a company that’s all about “spreading smiles.”

But far sadder than the broken promises and bad games are the good ones the industry sends out with unrealistic expectations. Like Kane’s mistress Susan Alexander bombing at the opera house, they’re pushed into the public unready on a stage where they can’t possibly compete. Consider poor Tomb Raider, a game that failed to meet Square Enix’s internal sales expectations – but how could it, when Square set the bar so high? You’d think setting a franchise record for sales and clearing 3.4 million units in a month would be enough, but it’s not when you give a game unrealistic goals. Just because a woman can sing doesn’t mean she can star in an opera. Just because you make an excellent, big-budget game doesn’t mean it’ll sell like Call of Duty – and it’s unfair to both the product and design team to expect it to.

Then there are games – even successful ones – that get pushed out the door unready. Games that still carry the scars from the industry’s policy to release now and patch later. It’s a strategy that amounts to throwing the devs over the cliff and ordering them to build a parachute on the way down, so of course games ship broken. Take Battlefield 4, for instance, which still has systemic problems three months after launch. By all accounts it’s a well-made and financially successful game, but rushing it to market marred what could’ve been a successful launch.

Except according to EA leadership, the launch was successful, and don’t tell them otherwise. Like Kane, they’re sitting in their opera box, doggedly clapping to drown out the lukewarm applause. 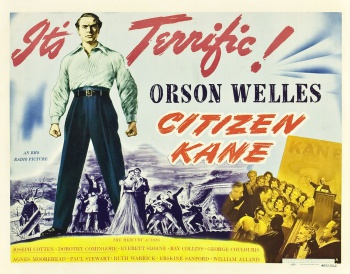 Given all this, is it any wonder that game culture is so eager to return the simpler, more innocent days of its childhood? The indie nostalgia wave, the Space Invaders coffee mugs, the remakes and reboots and Kickstarters for Double Fine Adventure and Mighty Number 9, all these are callbacks to days when, supposedly, games were made with love and not money. But that nostalgia – like all nostalgia – proves false under evaluation. Those days were just as full of cutthroat businesses like Atari, broken games like ET and advertisements as gross as the industry sees now. As much as Kane yearns for his childhood sled, the film also implies his father abused him – and it’s only the folly of distance that makes him remember his childhood as the only time someone loved him. Likewise, in our own childhoods the game industry was both troubled and great, just as it is troubled and great now.

And crucially, the game industry is unlike Kane too. Kane is a rich man who wants love, while the games industry is a collection of beloved companies that want riches. And without doubt, they’ll get what they seek. To paraphrase Kane’s accountant Bernstein, it’s no trick to make a lot of money if all you want is to make lot of money. But there’s one other difference, and it gives me heart and hope. Unlike Kane, the game industry can admit when it’s wrong. EA is no longer the corporate raider it’s been in the past, and puts greater emphasis on preserving subsidiary and partner studios – they have a very good relationship with Valve, for example. Microsoft, for all its posturing at E3, did back down on controversial Xbox One features, something that Kane would never have done. Likewise both Microsoft and Sony have made progress cleaning up their supply chains to try and keep their consoles free of conflict minerals – though I wish they’d be more transparent about the process – which is welcome and needed (Nintendo barely acknowledges the problem). While there’s room for improvement, studio work conditions seem to be on the rise as well. So far from being too full of pride to change, the game industry can overcome its problems once they set their mind to it.

There are some companies, of course, that will refuse to change. There always are. Some will keep to Kane’s path, with the mistaken assumption that instead of adapting to the market, the market will adapt to them. Like Kane they’ll see their empires collapse into bankruptcy, their assets distributed amongst rivals. Enslaved by their own tyrannical pride, they won’t acknowledge their mistakes early.