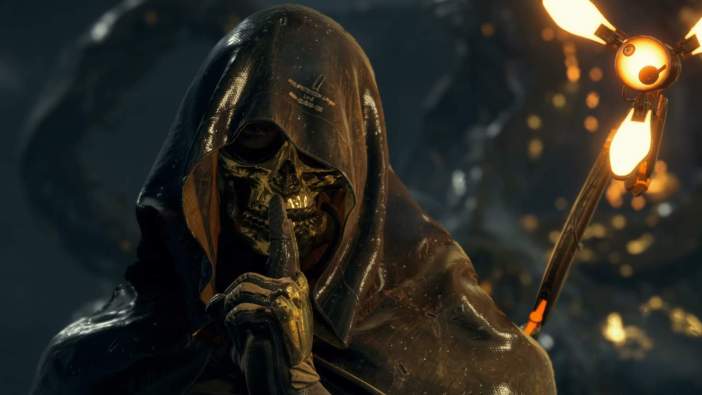 Death Stranding gives you a lot to be scared of: giant, oily ghosts, rain that ages you in seconds, and a gene pool that’s a little too reliant on Geoff Keighley and Conan O’Brien’s contributions. But none of these match the gnawing, stomach-squeezing terror I feel when I gaze at Death Stranding’s cities.

For all its monsters and piss mushrooms, Hideo Kojima’s genre-blending outing tries to deliver a message of hope. It’s set in a future where, thanks to a cataclysmic world-warping event, America is a near-wasteland. Humanity survives in scattered but heavily protected cities, and only you, Sam “Ride with Norman Reedus” Porter Bridges, can put the country back together. The more cities you connect to the “chiral network,” the closer you are to achieving this lofty goal.

Except I’m not convinced you’re saving anyone. There’s a tagline from Lamberto Bava’s 1985 horror movie Demons that reads, “They will make cemeteries their cathedrals and the cities will be your tombs.” Death Stranding’s BTs may not have pushed their way out through a movie screen, but every city in the game feels like some vast mausoleum.

I didn’t notice it at first when, denied the use of a vehicle, I struggled back to Capital Knot City’s drop-off center. I was glad just to be back, proud that my decision to turn Sam into a human Jenga tower had actually paid off, even though every stumble seemed like it’d be my downfall. The lack of visible activity didn’t really bother me, though I was a little irked that they wouldn’t grant me access beyond the main gates. 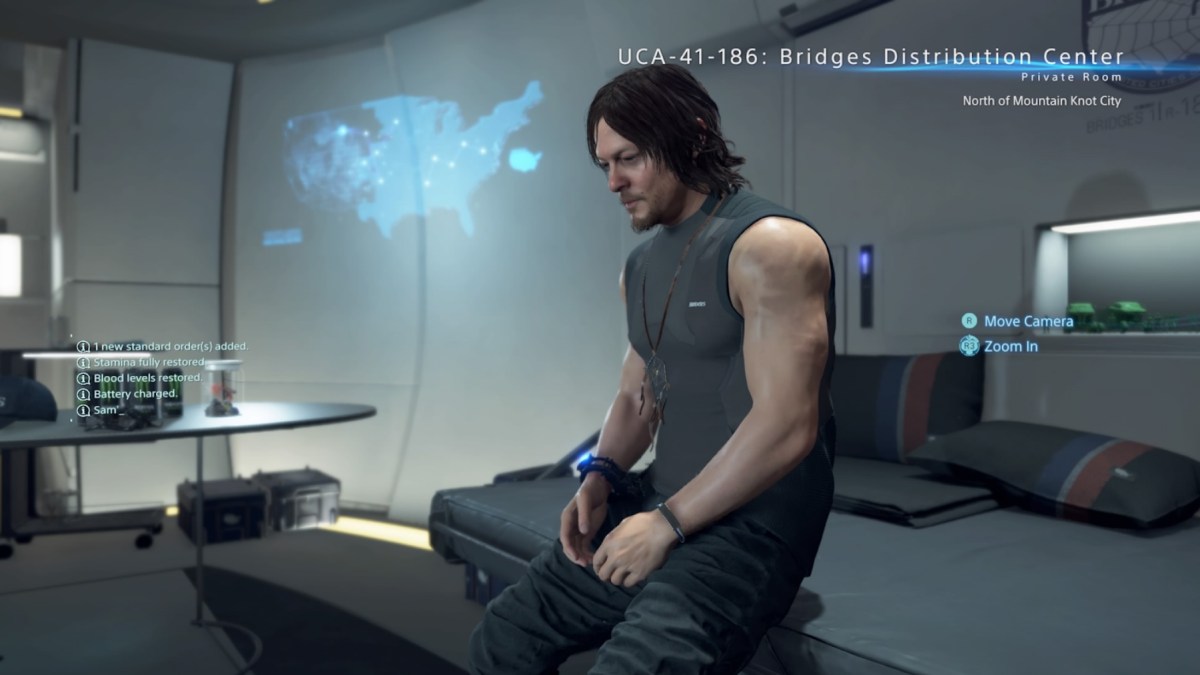 After all, loneliness is Death Stranding’s stock-in-trade, especially if you’re playing offline, without the benefit of other parallel universe Sams sharing their constructions with you. You can either ignore the fact that America now looks remarkably like Iceland or put it down to the Death Stranding itself, but you spend the majority of your time alone, roaming the wilderness.

That’s absolutely fine: There’s joy to be found in Death Stranding’s solitude, particularly if circumstances prevent you from heading out into the real world. But that sense of loneliness shouldn’t extend to the walled cities you’re supporting with your endeavors. And the more I heard, “Welcome, Sam Porter Bridges,” in that same automated voice, the more my dread grew.

It was the little things I noticed at first. Why, on my sixth visit to Port Knot City, had that big truck still not moved? How come I was always speaking to the same holographic attendant? Why did I never see anyone else leaving or entering the city, no matter how long I waited?

I knew the answers from a practical design point of view — that creating a living, breathing city is no easy task. Not only would Hideo Kojima and his team need to map out the city, but they’d also have to handle NPC behavior, which, as anyone who’s played Cyberpunk 2077 can tell you, can go horribly wrong.

Could they have had vehicles leaving the city? Maybe, but then they’d have to decide what happened if you chose to follow one of those vehicles. They’d have to give it a destination or, at least, something to do till it left your field of view. And then there’s the performance hits adding those elements would potentially entail. 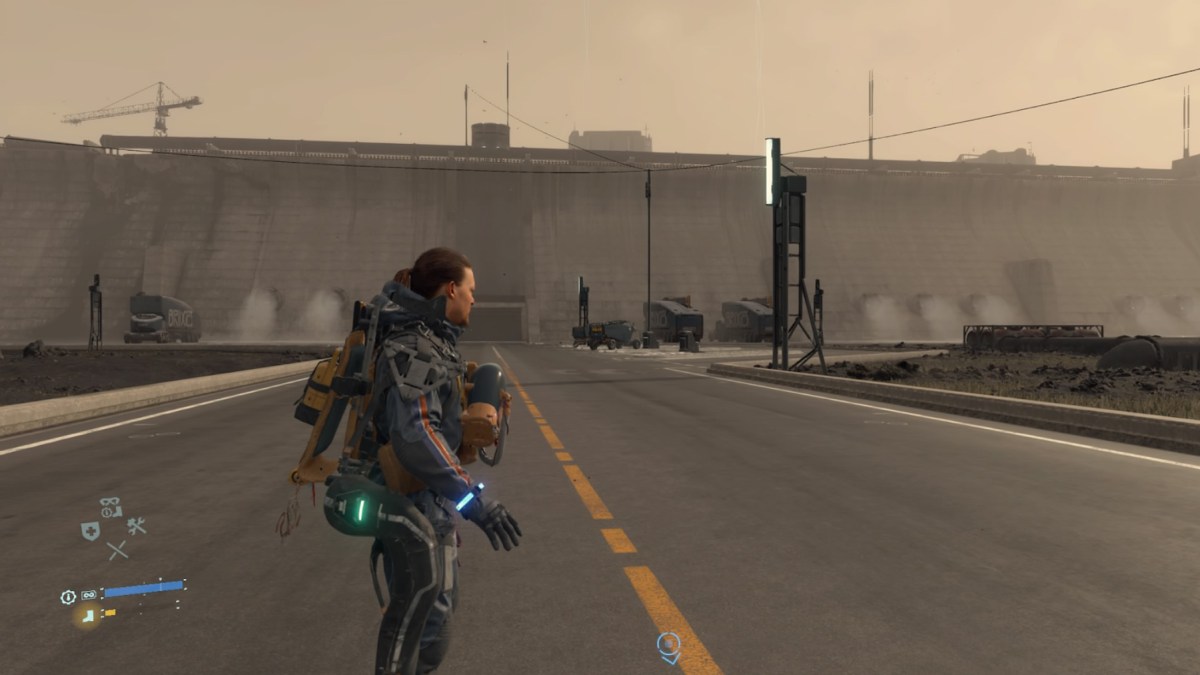 But knowing that didn’t make me feel any better about Death Stranding’s dead cities. I had visions of stepping through the doors and being confronted not by bloodstains and BTs but by empty, unused streets. I dreaded having my fears confirmed — that I wasn’t rearranging the deck chairs on the Titanic, but instead swimming around the ship’s rusted hulk, asking corpses for their drink orders. Maybe humanity wasn’t hanging by a thread. Maybe the thread had already been cut and we were all just waiting until we hit the bottom.

There are other games where you roam a distinctly empty world. SnowRunner, as excellent as it is, has streets that are utterly devoid of life, and it does feel a little odd. But that title doesn’t hinge on you saving humanity; the lack of NPCs doesn’t reframe the game or undermine its patchwork narrative. Death Stranding, on the other hand, is all about people, and preserving them is instrumental to the game’s narrative.

Consequently, this one design decision not only undermines the game’s story but leads down a deeper rabbit hole and brings with it more questions. In a world where you can construct sentient parcel-delivering robots, who’s to say that the “people” you encounter when you make contact with a city aren’t the front end for some AI? The moment you drop off your deliveries, are they shunted into some darkened warehouse, just to maintain the illusion of your necessity?

Does humanity even exist beyond the few absurdly named characters you meet in person? Is Die Hardman an alien intelligence who just happened to stumble across a copy of Bruce Willis’ finest performance? Does Sam’s Norman Reedus shower curtain imply the existence of a Prime Reedus or a whole Reedusverse? 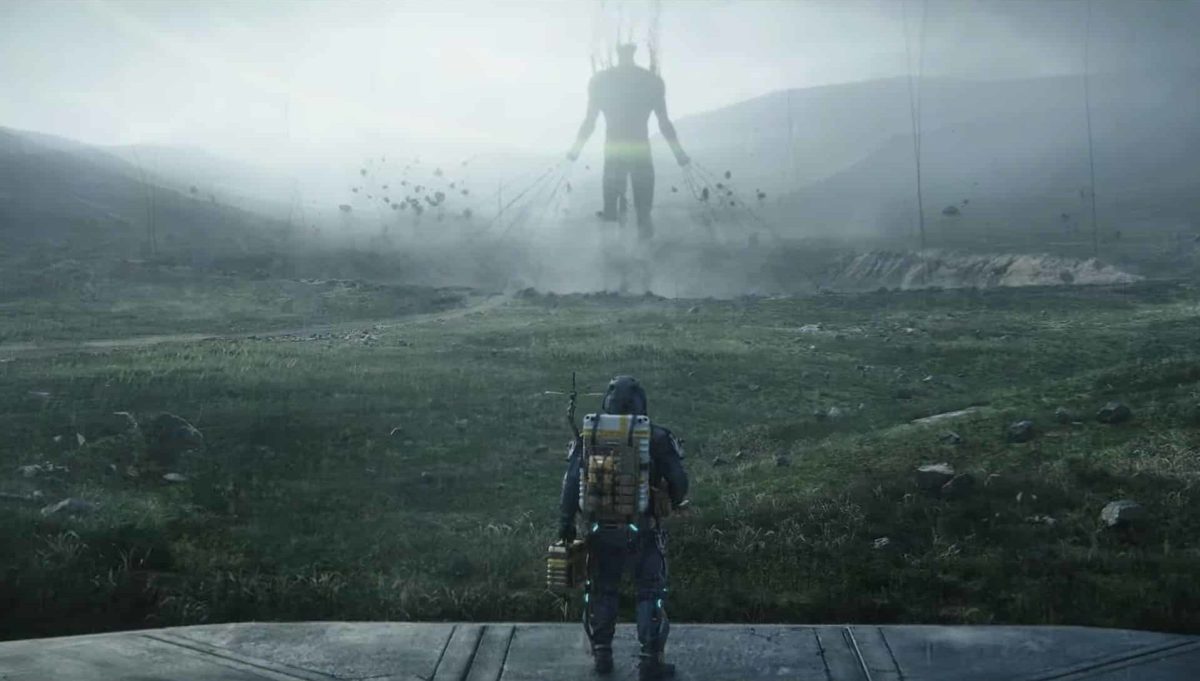 Shower curtain and alien intervention issues aside, there is a disquieting but plausible possibility, one that often crops up when a fictional world is facing a catastrophic global event. What if the president knows (or knew) that the world was winding down, that the cities were just tombs? Would she share this knowledge with the few survivors, knowing it would crush them and rob her of what little authority she had? Or would she use Sam to deliver false hope, avoiding a panic and retaining some semblance of sanity and order?

While Death Stranding’s silent cities smack of a poorly considered but time-saving design choice, I wouldn’t put it past Hideo Kojima to have locked the answer away. In the same way that it took five years to get Metal Gear Solid V’s nuclear disarmament message (kind of), there may be some turn of events that results in Death Stranding’s cities opening their doors. For my latest playthrough, I’ve tried to steer clear of Death Stranding’s cities, except when the plot compels me to. That way I can at least pretend my actions have consequences, that I’m saving humanity from a sad, lonely end. But that sense of dread never really goes away.

I once wished Death Stranding’s city gates would swing open so the grateful populace could welcome their parcel-lugging savior, or I could at least glimpse the society I was working to preserve, but I no longer feel that way. Instead, I hope they stay shut because, when it comes to those hauntingly silent cities, ignorance is bliss.