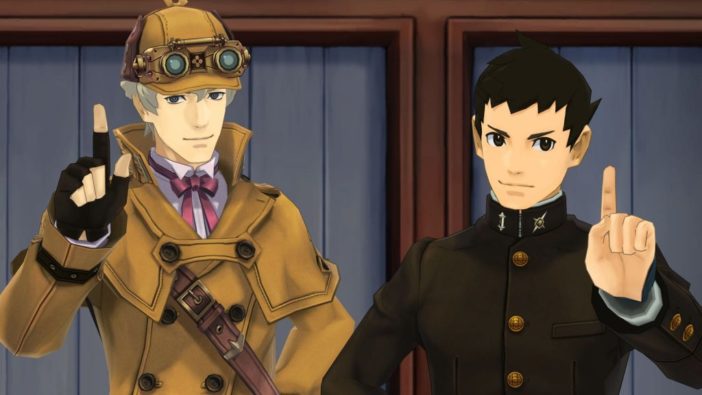 The Great Ace Attorney Chronicles, a collection of the two previously Japan-exclusive Great Ace Attorney prequels, will launch worldwide on July 27, 2021 for PlayStation 4, Nintendo Switch, and PC via Steam for $39.99. Capcom revealed the long-anticipated collection today with a trailer and special message from series director Shu Takumi.

The Great Ace Attorney: Adventures originally came to Japan on Nintendo 3DS in 2015, and its sequel, The Great Ace Attorney 2: Resolve, followed in 2017. Both games are prequels to the original Ace Attorney trilogy and take place during Japan’s Meiji period and England’s Victorian era. In The Great Ace Attorney Chronicles, which features newly recorded English voice acting, players will follow Ryunosuke Naruhodo, the ancestor of original protagonist Phoenix Wright, as he solves cases and brings justice to those deserving.

There are 10 cases to tackle between the two games, and Capcom is shaking things up with two gameplay experiences not found in the original release: Dance of Deduction and Summation Examinations. The former sees players team up with ace detective Herlock Sholmes (yes, really) to root out mistakes in the investigation, while the latter involves pointing out juror discrepancies. The Great Ace Attorney Chronicles also includes an optional Story Mode that sees the game playing itself for those who simply want to enjoy the narrative.

In addition to the ability to switch between English and Japanese audio, the bundle includes eight mini-episodes, two “Special Trial” videos, 13 clips from “Ryunosuke Naruhodo’s Seven Days of Sin,” and three alternate costumes for Resolve that came to Japan as DLC in the past. Ace Attorney faithful can also enjoy The Great Ace Attorney Chronicles’ Art Gallery and Auditorium, which feature artwork, music, and voice recordings found in both games.

If you’re a long-time fan or just someone looking to take their first dip into the series, Capcom is launching a special digital bundle that includes both The Great Ace Attorney Chronicles and Phoenix Wright: Ace Attorney Trilogy, bringing both collections of courtroom classics to PC via Steam, Nintendo Switch, and PlayStation 4 for $59.99.