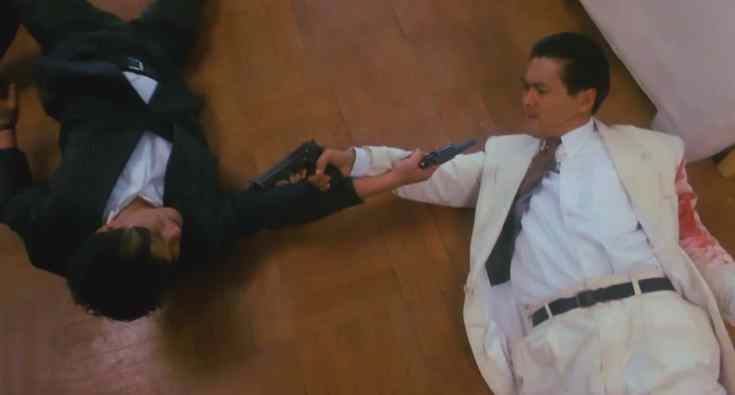 Peacock is ramping up its film content with new deals with Lionsgate for its blockbusters and a slate of original pictures for the streamer from NBCUniversal. The most intriguing and surprising of those Peacock films is The Killer, a remake of the seminal John Woo Hong Kong action/crime movie from the late ’80s that helped established Woo as one of the top action directors of the ’80s and ’90s. But this isn’t just a name slapped onto a movie to garner attention, as Woo himself is returning to “reimagine and direct his own classic.”

What exactly reimagining means isn’t quite clear, but given the John Woo movie is being developed for Peacock, we can definitely guess that it will be an English remake of The Killer. Where it goes from there is anyone’s guess. Peacock, unlike Disney+, doesn’t have to maintain a family-friendly face, so most likely the film will be just as bloody and violent as the original and hopefully involve a hard-boiled detective or crime story of some sort. Hell, Chow Yun-fat, who played the original film’s lead, is a mainstream Hollywood actor now, so maybe he could return in some role in the film.

The Killer told the story of a mob hitman who, after years of being the best killer the mob had, decided to go straight after “one last job.” Double-crosses, slow-mo gun fights, groundbreaking action, and, of course, doves ensue. The movie was one of a string of action classics that Woo directed and led him to make the jump over to Hollywood, where he struggled to maintain his artistic vision through a series of hit-or-miss action movies including Face/Off and Mission: Impossible 2. The director has been making Hong Kong films for the past two decades but appears to be making the jump back over to English films with this project and a second film called Silent Knight, which stars Joel Kinnaman.

John Woo basically helped define modern action cinema, with many of his films establishing the action tropes we see today. His recent Hong Kong work has been good, so hopefully he can finally capture the same magic in English by remaking one of his best.