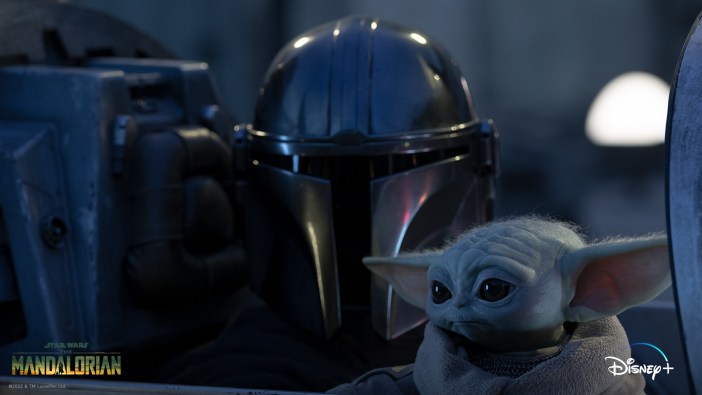 This is the way… or the when. Yes, this is the when. The Mandalorian, Disney+’s insanely popular Star Wars series, has set a release date for the season 3 premiere: March 1, 2023. In the past, Disney had said the show would premiere in February, so this is only a slight delay.

The Mandalorian and Grogu return March 1 only on @DisneyPlus. pic.twitter.com/TArlFDw9ET

The Mandalorian season 3 will see Mando and Grogu (formerly the artist known as Baby Yoda) back together for more wacky adventures of everyone’s favorite space opera odd couple. “Back together, you say? What did I miss?” Probably what some might call the true third season of the show, The Book of Boba Fett. In that series, which took a break from its title character for multiple episodes, we saw the Mandalorian visit Grogu during his training with creepy-CGI Luke Skywalker and Grogu deciding to abandon his training to travel with his best friend. So, this is kind of season 4 of the series and you missed some vital information if you didn’t watch Boba Fett.

Beyond the release date, not much is known about season 3 (or whatever you want to call it) of The Mandalorian, but a teaser from Star Wars Celebration earlier in the year did show off some stuff. The pair seem to be returning to Mandalore as Mando, played by Pedro Pascal, quests to once again take up the Way after being disbarred from his tribe for removing his helmet in front of others. There he will once again meet Bo-Katan Kryze (Katee Sackhoff) and probably a host of other characters from previous seasons. Carl Weathers is returning as Greef Karga, Paul Sun-Hyung Lee as Carson Teva, Omid Abtahi as Clone Engineer Dr. Pershing, and Amy Sedaris as everyone’s favorite space mechanic Peli Motto. Have we left the rest of the spinoff characters behind now, or will the likes of Boba Fett and Ahsoka return as well? Who knows?!