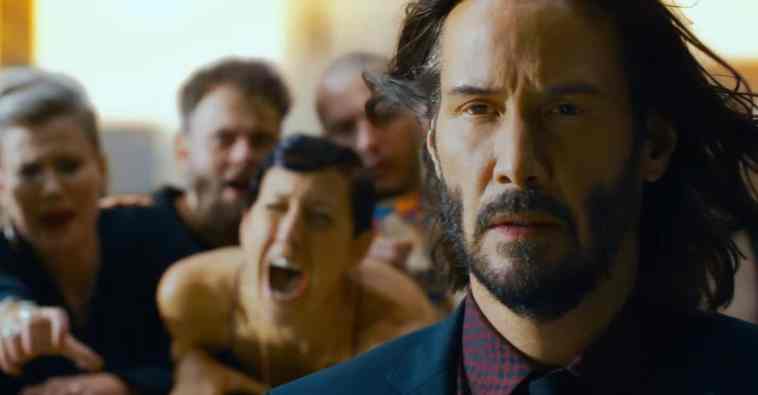 The Matrix Resurrections is very quickly coming to us, and that means we’re getting more and more trailers. Just last week we got another teaser, and now “official trailer 2” for The Matrix Resurrections has landed. The marketing, for the most part, has kept things pretty mysterious, but this latest trailer begins hinting at just why Nero and Trinity are back in the Matrix and focuses a lot on the love story between them both.

A killer line is delivered by Keanu Reeves at the end of the trailer in what looks to be one of those moments that’s going to get audiences cheering wildly, but the big takeaway from official trailer 2 is that The Matrix Resurrections seems to be heavily focused on the love story between Nero and Trinity. Both appear to be back in the Matrix and somehow reliving moments from the previous films and their adventures therein. The question is — were those movies all a part of the Matrix the entire time? Is this the real reality? Can the action look any more awesome?

Lana Wachowski is returning to direct the film, without her sibling, from a screenplay from her, David Mitchell, and Aleksandar Hemon. There’s plenty of returning cast alongside Reeves and Carrie-Anne Moss, including Jada Pinkett Smith. Morpheus returns as well but is now played by Yahya Abdul-Mateen II. Just why Laurence Fishburne wasn’t asked back is unclear, but it could be the actor’s age was a factor or that his return will be a big surprise.

The Matrix Resurrections will release in theaters and on HBO Max on December 22. Meanwhile, The Matrix Awakens: An Unreal Engine 5 Experience is available for pre-download.