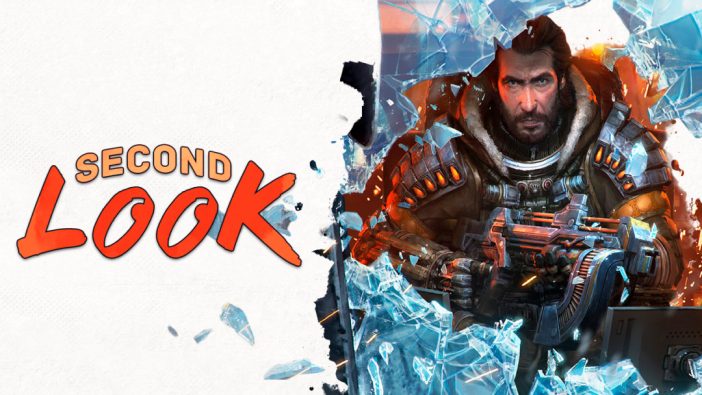 World-building is paramount to Lost Planet 3. Where other games are sold through a clever gameplay hook or unique mode of play, Spark Unlimited bet the farm on capturing the world of Lost Planet. It’s a familiar story about an average working man finding a higher calling by opposing a massive corporation, but Lost Planet 3 makes it memorable by having its design serve the narrative.

Players step into the boots of Jim Peyton, a contract pilot for NeoVenus Construction aka NEVEC. Lost Planet 3 starts with Jim trapped by a cave-in after an insurgent strike gone wrong. Seemingly in his final hours, Jim tells his granddaughter how the war ignited. The game’s intro teases the conflict to come so we know action and adventure lie ahead, but then it takes players all the way back to the story’s beginning.

Jim traveled light years from his family to find work on the human colony planet of E.D.N. III. Most games would have a single mission where you perform Jim’s daily routine and then dive into extreme twists and turns of a crazy plot, but Lost Planet 3 takes a different approach. Sure, E.D.N. III is a frozen wasteland, and the local exothermic alien fauna known as Akrid will kill you without a moment’s hesitation, but Jim has a job to do. 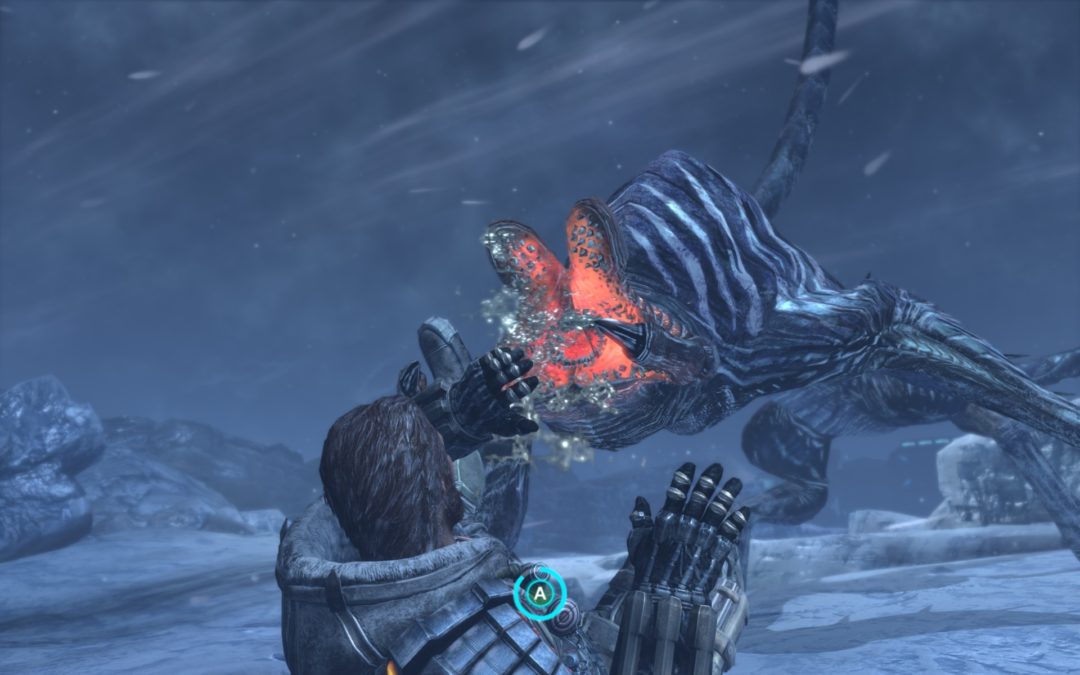 He takes assignments from the boss, checks in with his mechanic for tune-ups on his mining mech, hops down to the armory for that new rifle to keep Akrid off his back, and brings some DNA samples from hunting to the research lab. None of the early tasks are earth-shattering, and that’s the point. Instead of dashing off to save the planet, you have time to experience Jim’s life alongside other colonists on this harsh world. You get to know the people whose lives are depending on you and learn how they ended up on this miserable snowball. That cast of oddballs is hard to forget.

Lost Planet 3 is the sort of game that dedicates multiple lines of dialogue to an NPC you only pass going back and forth down a hallway. He’ll say hi, grumble about a power box, then nervously say that he isn’t simply standing around that section as you run back and forth. As the game progresses, the technician and Jim get on a first name basis. They ask about each other’s kids and crack jokes. Every corner of Lost Planet 3’s world builds with this gradual familiarity.

Repetition causes us to notice the small things in our everyday lives. You memorize your personal sphere with time and experience. Lost Planet 3 harnesses this to immerse you in its alien wilderness. You’ll learn the fastest way to go to Devil’s Pass without any navigation icons after having run through it twice before. You’ll know where each species of the reptilian insectoid Akrid can be hunted because you fought them off while mining. Equipment you repaired around the colony bears the visible marks of your handiwork. As hostile and strange as E.D.N. III can be, it starts to really feel like home. 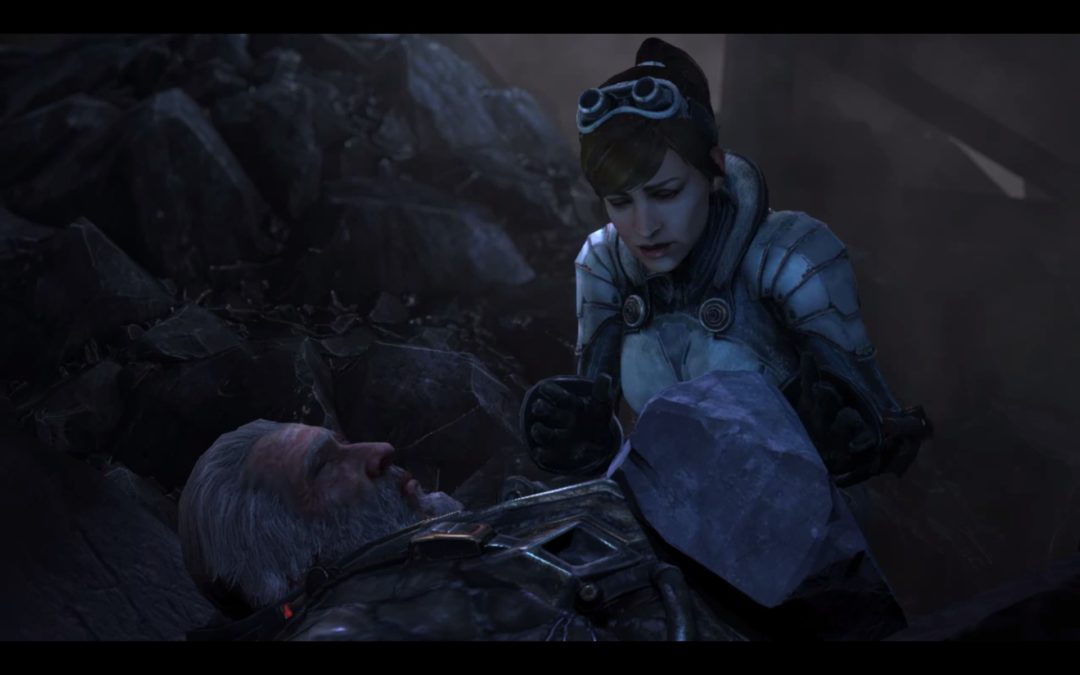 You’d think Jim’s daily grind would get old, but it doesn’t. The tasks are engaging, teaching you the skills you’ll need in the war to come. Clearing out Akrid infestations, maintaining the base as furious storms roar around, and literally grappling with giant Akrid in Jim’s Utility Rig is great. Backtracking is organic, flowing like in the Batman: Arkham series. Sometimes I’d feel the urge to hightail it just a bit faster when hunting collectibles, but E.D.N. III is a world worth getting lost in.

The Rig really ties everything together. The mech’s cockpit is packed full of storytelling that evolves as the game progresses. Jim and his wife send long-distance messages you can listen to, and you can even jam to Jim’s music collection to pass the time as you tread through ice and snowstorms. Your HUD jostles with each step, and the Rig’s arms have the incredible weight of industrial equipment, slowly swinging around to drill, fix, and bash as needed. Your tasks initially feel harrowing, but like any job, they become old hat after the first few in-game days, giant alien crabs and all. You become so used to the routine that when things finally escalate, you’re as surprised as Jim.

After an alien infestation or storm tears up a location you’ve been to before, you recognize every little change and see your world disrupted. Dialogue between the cast grows from simple flavor text to providing crucial hints about what’s to come. The drama builds up slowly over time, spread across the campaign’s entirety. 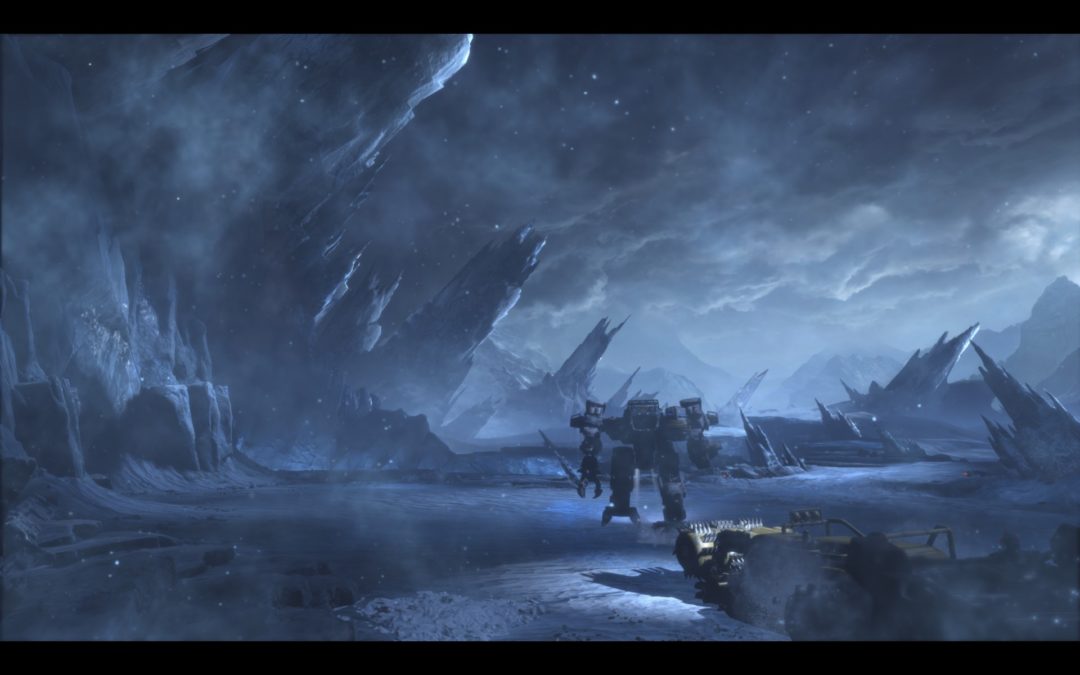 This is the defining creative choice that split Lost Planet 3’s reception. On one hand, several encounters with local aliens or hints at conspiracy feel like just a day job hassle rather than something that will decide the fate of the universe. On the other, odd goings on would be a regular occurrence on E.D.N. III. That’s why the truly eventful conflicts are tied to what you care about most.

On-foot shootouts and Rig duels heighten the challenge, but they’re not the source of tension. Lost Planet 3’s closing chapters are more concerned with the game’s core cast than delivering spectacle. It’s the people around you and the world you’ve become a part of that matter most. You charge through to its finale for their sake, and the hope of a better tomorrow.

Lost Planet 3 didn’t have innovative exploration or combat or a relentless pace — but it had fantastic world-building. That’s why I don’t consider Lost Planet 3 a failure. The writers had faith in this kind of storytelling, and a few years later they finally found acclaim in transforming another intense action franchise into a more measured and nuanced experience with PlayStation 4’s God of War.

Just like Lost Planet 3, God of War slows down. Santa Monica Studio centered its design around the story of a father and son bonding and mourning. Kratos and Atreus’ journey integrates this same masterful world-building, drawing players into a Norse fantasy made personal. Both of these games are built not around the promise of fortune or glory, but human stories that anyone can relate to. 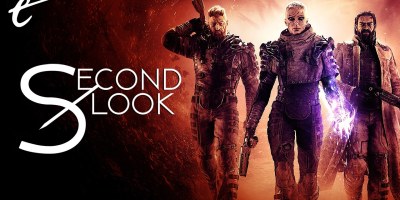 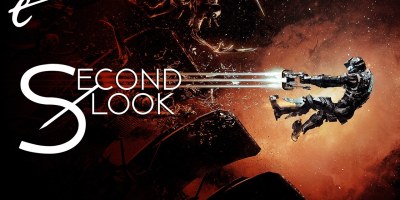 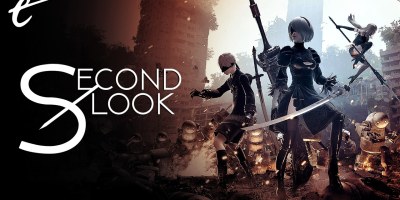