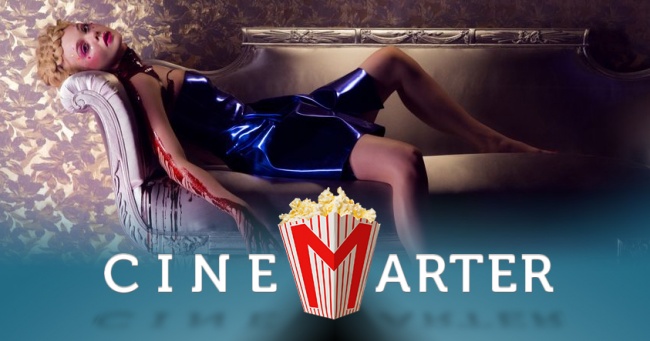 The Neon Demon is destined to be the weirdest and most divisive wide-release film of 2016. Everyone who sees it is going to have a strong opinion on it, either highly in favor or strongly against. This isn’t one that lets you feel “mixed.” And that, in all seriousness, is as good of a reason to see it as anything. We see so many safe, similar, and monetarily driven films released that when one comes around like this, it’s must-watch material. Yes, even if you wind up hating it. Because even if you do hate it, it’ll challenge some of your thought processes, and it’ll be unlike anything else you’ll have seen.

The story, initially, feels very familiar. A fresh-faced, doe-eyed girl, Jessie (Elle Fanning), leaves her small town in hopes of finding success in Los Angeles. She doesn’t want to act; she dreams of being a model, but for practical reasons. She doesn’t have many talents or skills, but she’s pretty, and she can make money off that. Smart girl. Soon enough, she meets a makeup artist, Ruby (Jena Malone), a couple of other models, Gigi (Bella Heathcote) and Sarah (Abbey Lee), and has photographers and casting agents quite literally drooling at her very sight. 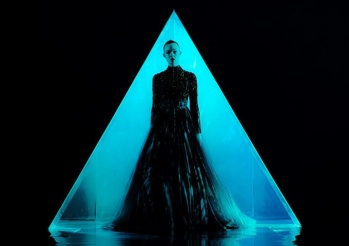 But it’s not all perfect. Her fellow models give her, at best, the cold shoulder, more often than not. Ruby seems to be everywhere Jessie is. The manager of the motel at which Jessie is living is a creep. Being the center of attention all the time might not be ideal; it might be dangerous. The Neon Demon gets weirder, scarier, and more disturbing as it progresses, constantly throwing new things at the audience and pushing our boundaries in the process.

There are few movies that are difficult to properly address without spoiling – either plot elements or scenes that make a greater impact if you don’t know they’re coming – but The Neon Demon is one of them. I’m not going to ruin these moments for you; you’ll just have to trust me. It’s a memorable theatrical experience, although I know I’m excited about its eventual home video release. This is the type of movie that benefits from both the pause and rewind buttons.

Challenging, potent, weird, scary, and often impenetrable, The Neon Demon is a fascinating movie almost regardless of where you ultimately come down on it.

The primary reason I want to re-watch it in the comfort of my home is to go through it and try to get everything I can out of it. Much of the film is laced in metaphor, many of the shots can be interpreted various ways, and the film as a whole can be looked at as a black comedy or a scathing, critical horror film. And I think both of those interpretations are valid – and might work as both, simultaneously – which makes the work even more fascinating.

The Neon Demon focuses on a lot of things: The (often vapid) nature of modeling and the audience’s relationship with it; the relationships between individuals competing for a small number of positions within a niche profession; the danger lurking around every corner for the young, attractive, and naive; and what you’re willing to do to get ahead in life. And that’s not even getting into the film’s uncompromising style, with which director Nicolas Winding Refn so confidently fills the screen. This is a gorgeous looking movie, bolstered by Cliff Martinez‘s unbelievable score, and it’s easy to get lost and mesmerized by the visuals and sounds thrown at the screen.

To that end, I understand why some might accuse The Neon Demon of being more style over substance – or beauty before brains. But even that could be read as intentional commentary. It’s so visually different – it sometimes takes some cues from horror movies of the past, but not always – that you can forget to think about what’s going on, what’s real and what’s metaphor, and what the film is trying to say. Add in its critique of superficiality, which leaves some of its characters intentionally underdeveloped, and it makes sense that it will be written off by some. You might even fall into that group; it is, at times, impenetrable and obtuse, especially if one doesn’t want to work for it. Cut out the additional linger that Refn puts on many of his shots and you chop out 15 minutes – but you also ruin some of the suspense and the constant fear that something bad is going to happen.

Challenging, potent, weird, scary, and often impenetrable, The Neon Demon is a fascinating movie almost regardless of where you ultimately come down on it. Whether it’s a bleak black comedy, a critical horror movie, or artsy for the sake of it, you’re going to have a strong opinion on this one. That is rare. It’s something to be treasured. Nicolas Winding Refn has made one of the most interesting movies of 2016. Personally, I loved it and can’t wait to dissect it further when it hits home video.

Bottom Line: The Neon Demon worms its way into your mind and doesn’t let go – an utterly fascinating cinematic experience.

Recommendation: See The Neon Demon. See it even if you don’t think you’ll like it.