The most common misconception about the business of entertainment is that those who produce content are interested in things that are popular. Popularity is certainly a component, often a vital one, but what they really want is what’s profitable. Popular? Sure, that’s nice – but a lot of popular things are also much too expensive to produce to turn a profit on their own. There’s also the matter of audience, and that’s a thornier subject because the industry is loath to admit certain fundamental truths about how it views its consumers. Nobody wants to hear a TV executive or a movie producer say “Some audiences are worth more than others.” But that’s exactly true.

You’re likely familiar with the concept that traditional broadcast television (and, increasingly, streaming-video) doesn’t make its money based directly on how many people are watching a given show (aka “the ratings”). Instead, their earnings come from advertisers, who in turn use said ratings to determine which shows are the most-watched and thus would point the most eyes toward their product: The more popular a show, the more its producers can charge for the privilege of advertising on it.

And once upon a time, it really was that simple…

The great Neil Simon has an underrated (for Neil Simon, anyway) film/play called Laughter on the 23rd Floor, inspired by his days as a comedy-show staff-writer during the early days of broadcast television. Think of it as a pre-30 Rock. The plot centers on the New York-based production of “The Max Prince Show” (based on Sid Caesar’s Your Show of Shows) in 1953 as it faces pressure to alter its content from the network higher-ups. Max and his staff, you see, prefer to do sophisticated comedy referencing famous books, Shakespeare, politics, obscure-ish movie, etc – i.e. things that a staff of urbane New Yorkers are likely to be amused by.

But in booming Eisenhower-era America, television ownership is rapidly expanding to rural and suburban areas beyond the big cities, and the network is worried Max Prince’s sensibilities won’t play to an increasingly-important Middle American audience. They want Max to dumb down his act, he and the writers don’t want to, and all of this is set against the rise of McCarthyism. The purging of smart comedy TV in favor of middlebrow family values entertainment serves as allegory for the purging of political dissent in the name of reactionary fears of Communism, all based on the same logic: “This is what The Majority wants, therefore that’s what we’ll give them.” It’s a funny, bittersweet story – and the very real fate of more than one show in that era of television.

Amusingly, though, the industry would turn completely against the viewpoint of Max Prince’s producers… big time.

In 1969 CBS, for years prior home to popular Middle America-centered series like Beverly Hillbillies, Hee-Haw, Green Acres, and, yes, Lawrence Welk, began a process of radical identity-rebranding that would come to be called “The Rural Purge.” It was exactly what it sounds like: CBS Vice President of Programs, Fred Silverman, had what was then a radical notion: The network’s stable of aw-shucks programming (so numerous it was joked that the “C” stood for “Country”) got high ratings, but the bulk of those ratings were coming from rural, suburban and/or older audiences; who were numerous but didn’t necessarily consume as many (or as expensive) goods as the re-emerging urban/youth demographic. The potential for lower overall ratings, he reasoned, might be worth it if the ratings they did get were with audiences that advertisers were more interested in… and in what was about to be The 70s, that meant a bigger-spending, trend-oriented, diverse audience primarily located in (or wanting to be located in) larger urban centers.

So between 1969 and 1972, Silverman systematically canceled – as one network star put it – “everything with a tree,” and replaced them with shows featuring edgy modern situations, “aspirational” upscale living and a diversity of cast like “All In The Family,” “The Mary Tyler Moore Show,” “Maude,” “The Jeffersons” and “M*A*S*H.” Sure, we know those are classics now, but at the time this was a big risk that changed the face of U.S. television for decades to come. It also, less pleasantly, helped give rise to the notion of a conflict between an entertainment industry of “Coastal Elites” and a vast but often-ignored silent majority that felt abandoned.

Today, the math is even more unstable with the rise of on-demand and a-la-carte, binge viewing habits. A show can be a ratings behemoth, but advertisers might not care because it has a lower social-media profile than a show with much smaller ratings but a more desirable audience: Tina Fey’s 30 Rock was low-rated for essentially its entire run; but its clips were Twitter/Facebook viral hits and the audience that did watch included the coveted “upscale single female” bloc, so it stayed on the air. Last weekend, the Syfy channel ran a low-budget joke of a movie called Sharknado. It drew barely over a million viewers – a flop, right? Not by Syfy’s standards. Because, for a moment there, “I can’t believe ‘Sharknado’ is a real thing!” was a Twitter phenomenon and modern ad-men definitely pay attention to those. In a world where a single Tweet or Facebook like from the right person at the right time can turn an unknown product into a sold-out smash, the old ideas of mass-popularity are right out the window.

The movies, however… are a different story. 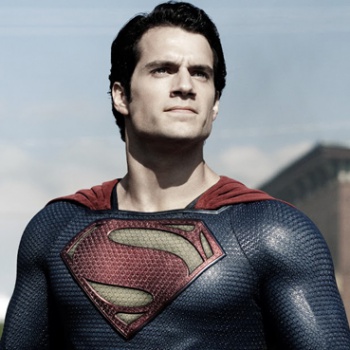 Movies are more of a direct-sale proposition: You buy your ticket, you get your movie, success or failure of the film is judged on how many of those tickets got sold. Buzz is nice, but if your buzz doesn’t translate to ticket sales you get to be a cautionary tale about the difference between being well-liked and being a good-investment. If a movie is going to transcend low ticket-sales, it generally takes a long time. The Shawshank Redemption, thanks to endless airings on cable television over two decades, is regarded as a modern classic… but in its day it was a box office non-starter, and its latter day popularity is really only helpful in selling DVDs.

But certain amount of the new math is beginning to creep into Hollywood’s thinking, bolstered – as you’d expect – by the sudden prominence of social media in the world of marketing. Audience feedback now comes back almost in real time, and while something as dramatic as Fred Silverman’s “Rural Purge” doesn’t appear to be in the offing, there’s some growing evidence to suggest that the studio system is becoming more amenable to the idea of gauging success on something more than ticket sales.

Despite what otherwise-justified cynicism may tell you, Hollywood actually does care about whether or not people end up hating the movies they already paid to see… they just don’t care that much. But in a movie landscape increasingly defined (particularly as concerns the moneymaking tentpole blockbusters that fund the rest of a studio’s yearly output) by ancillary profit-potential in merchandise, streaming sales, sequels, etc. likability seems to be making a comeback. Seems to be, I stress.

Man of Steel is, financially, a major hit – already having moved over $600 Million in ticket sales worldwide. And yet its studio, Warner Bros., hasn’t been popping much champagne over it in public. They’re happy, certainly, but there’s a notable absence of the boastful chest-thumping that they were doing when The Dark Knight was a sustained smash years ago, or that Marvel/Disney was doing on behalf of The Avengers. Part of it is that Warners got out ahead of the film’s release with “leaks” about it potentially being the biggest hit of the year, sure. This was, of course, before Iron Man 3 went nuclear. But it’s already being suggested that the studio is feeling genuinely wounded by the sustained drumbeat of criticism that the film is too dark, too violent and does disservice to its title character. Warners wanted this to be one of the most talked-about movies of the summer… but I promise you they didn’t want so much of that talk to be “is it safe to take my kid to this?”

On a pair of slightly smaller scales, Disney’s Lone Ranger reboot is being described as a failure across the board, even though it was a #2 opener and earned hundreds of millions. That’s what happens when your film is prohibitively expensive and opens to scathing reviews and accusations of racism. Meanwhile, Warner Bros. expensive Pacific Rim endured weeks of “leaked” hand-wringing about its ability to connect with audiences despite a lack of name stars and a somewhat niche genre-grounding… only to open ever so slightly ahead of projections and thus be said to have exceeded expectations. Of course, it doesn’t hurt that director Guillermo Del Toro is a darling of the new-gen film press that runs the table on social media.

That’s not to say that being a Twitter Darling will replace selling buckets of tickets as the prime goal for a new movie any time soon, but the needle does seem to be moving and the definitions by which we gauge profit (immediate vs. long-term, for example) might be in the midst of a change the likes of which we may not have seen in a long while. Good change? Bad change? We’ll see.