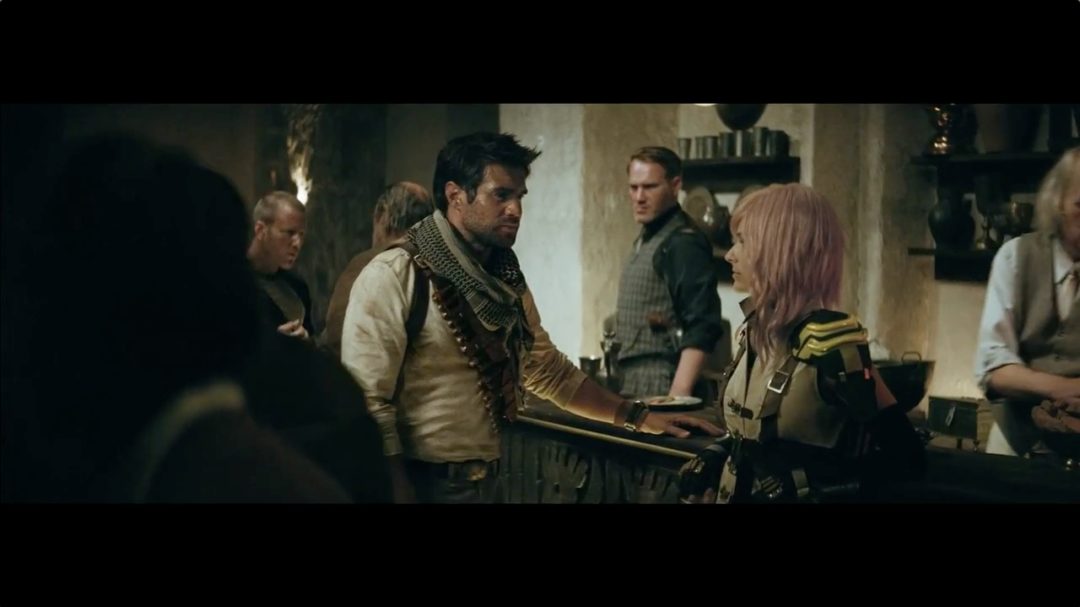 When the seventh console generation began, the PlayStation 3 was last to release and struggled for years. It was a system that had everything stacked against it, from a massive $599 USD price point to a hard-to-develop-for chipset. With the Wii’s motion gaming and the Xbox 360’s accessible hardware and cutting-edge online features, Sony was at risk of being edged out of both the casual and hardcore markets. This pressure turned out to be a blessing in disguise, pushing Sony to forge and publish some of their most creative projects to date.

Where the competition was largely happy to rest on tried and true franchises, Sony greenlit dozens of projects, hoping for a silver bullet to win back fans. Sure, for every masterpiece like Killzone 3 there’s a LAIR, but even the failures are fascinating. It was a frontier of new possibilities, and the sheer breadth of what the PlayStation 3 could accomplish was tested by teams of all sizes and budgets.

When it comes to scale, nothing quite matches MAG pushing multiplayer shooters to the macro scale, featuring 256 simultaneous players battling it out over dozens of objectives. It made your PlayStation 3 run hot enough to cook eggs, but it achieved a sense of scale that dwarfs the likes of Battlefield V.

For those who wanted more intimate firefights, Killzone and Resistance touted enough single player, cooperative, and competitive modes to sate every action fan. Resistance had a rocky course but stuck the landing with its finale, Resistance 3. Even Yahtzee described it as a solid spiritual successor to Half-Life. Insomniac did quite well for itself, crafting an amazing arsenal that many fondly remember that ranged from tagging enemies with your bulldog to remote-detonating revolver rounds like a demolitionist Dirty Harry. 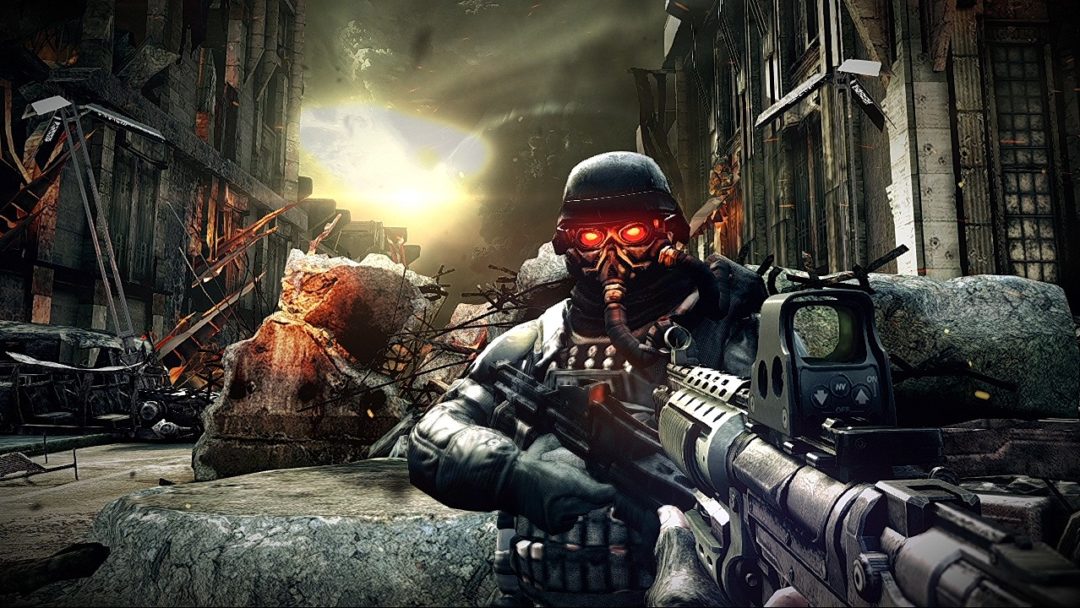 Killzone 3 on the other hand raised the bar for first-person gaming on the system, offering tight team-based play that blended the squad combat of Battlefield with a Counter-Strike scale and precision. Not to take it easy, Killzone 3 was also one of the first titles to ever feature cinematic storytelling in its multiplayer with Operations mode. The best players starred in the cutscene for each round as both teams fought across three evolving battlegrounds, every match a dynamic, competitive campaign unlike what we’d ever seen before.

On the smaller side, Echochrome, Flower, Rogue Moon, CounterSpy, and so many other curiosities exploded onto the PlayStation Network. Flower made the DualShock 3’s Sixaxis gyroscope sing as you gently flew across impossibly gorgeous fields. Journey pushed the boundaries of cooperative multiplayer design in ways other titles have yet to surpass. Pixel Junk unleashed a litany of titles: everything from intense shooting in Pixel Junk Shooter to the swaying mood piece of Pixel Junk Eden. Developers had the freedom to question how games could work, back during a time when independent games were few and far between — especially on consoles.

That fearless experimentation also brought forth some of the most memorable accessories. A living card game with The Eye of Judgment and stories springing to life with Wonderbook. Augmented reality virtual pets with Eyepet. Even when dipping into motion gaming with the PS Move, Sony was sharp enough to not only craft unique titles for it, but also add support to many of its existing library. Rather than hastily cramming it in, it’s considered by some to be the definitive way to play Killzone 3, Resident Evil 5: Gold Edition, and Time Crisis: Razing Storm. In fact, it’s because of the PS Move that Razing Storm finally took the Time Crisis series off its familiar on-rails gameplay and let players walk freely. The wand drew skepticism from some, but it became as much a successor to the Guncon of sixth gen as it was a prelude to Sony’s VR days to come.

If you just wanted a traditional AAA experience, the PlayStation 3 offered that but always pushed the envelope. InFamous was more than a superhero game; it actually let you decide if you’d rather be the villain. Uncharted had a rough start with Uncharted: Drake’s Fortune, but by the end of the generation, Uncharted: Drake’s Deception featured dynamic set pieces straight out of a Hollywood blockbuster, letting you leap between truck convoys and sneak through modern pirate camps with one-liners a plenty. Ratchet & Clank: Future updated Sony’s best PS2 platformer (don’t @ me) into the next generation with stronger storytelling and some of the series’s best missions ever. The Last of Us made survival horror games mainstream, invoking the Western film sensibilities of True Grit blended with zombie horror to the acclaim of many. It also further expanded the possibilities of set pieces, with its winter section a startling highlight you have to see for yourself. 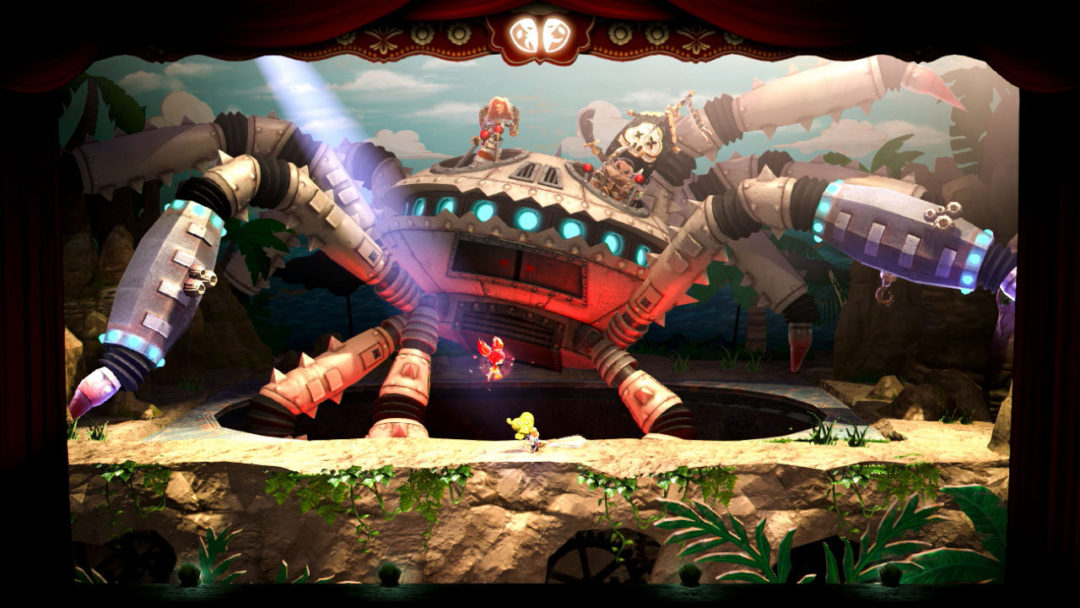 What’s most memorable about the PlayStation 3 library is how much joy it has. None of its titles come across as cynical; if anything, they exude an air of hopeful confidence the console needed. Sure, the team at Puppeteer knew they’d never top Super Mario, but that didn’t stop them from creating a platformer about darting around with scissors, head-swapping puppets, fourth wall-shattering humor, and musical boss fights. Even third-party titles benefited from the system’s eccentricities, from the dark mirth of Arkham Asylum’s Joker DLC to Harry Potter and the Deathly Hallows – Part 2 becoming genuinely fun thanks to its PS Move support. Unreal Tournament 3 went so far as to feature console mod support exclusively for the PlayStation 3, something unheard of at the time.

Portal 2 opened the door to Valve’s first experiments with motion controls and cross-platform play. In a further unprecedented move, Sony and Valve offered a PC copy bundled with the PlayStation 3 version of Portal 2. It’s a level of cooperation Sony’s sadly been more hesitant about during this console generation but once was a hallmark of their openness to new possibilities. Even E.V.E. Online developers CCP saw the potential, launching their ambitious free-to-play crossover shooter Dust 514 in the same universe as their epic space MMO, echoing MAG but even grander in scope.

That’s the trick with Sony. I can’t help but wonder, had the PlayStation 3 done well, if they’d have tried half as hard to push the boundaries of what’s possible. The PlayStation 4’s done marvelously, but outside of VR, their ambition has mostly been for arguably very polished third-person AAA action experiences. That’s fine and all, but there’s a game for everyone on PlayStation 3. Under Siege was a console RTS with motion control support. Tales from Space: About a Blob combined retro ’50s humor and Katamari Damacy puzzle-solving as you devoured the world. Drakengard 3 was a JRPG parody game from Square Enix, the godfathers of JRPGs. LittleBig Planet 2 was such a powerful build-it-yourself game kit that players were able to create first-person action games in a 2.5D platformer engine. These are all stunning creative achievements, and I still haven’t listed all the games that have stuck with me from the PlayStation 3’s heyday.

This isn’t to say that the Wii or Xbox 360 didn’t have unique titles. I appreciate both of those consoles as well, but among the lineup of memorable Sony exclusives, you’d have to combine the other two’s best exclusives to match up in terms of sheer variety and ambition. So much was accomplished when it seemed like they might lose the console wars. It’s a stellar system with so much life in it that I look forward to returning to it for years to come.