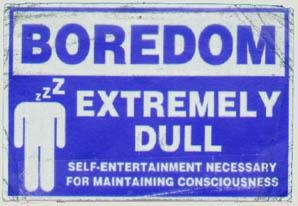 I enjoyed my formative years living on a small farm near a small town in an inconsequential Midwestern state where making and eating cheese is a pretty big deal. And when I say I enjoyed my formative years in this idyllic Rockwellian vision of small town America, I largely mean that I suffered through them. I can say this for certain about living on a Midwestern farm: it is equal parts exhausting and boring, and the time you spend trying to think of ways to be somewhere else is substantial. This is particularly true when you enjoyed your life to that point living in southern suburbia. Culture shock, thy name is Wisconsin in winter.

Before age 13 I was a kid riding the vanguard of electronic entertainment. When I wasn’t playing River Raid on my Atari 2600 or The Bard’s Tale on my Apple IIc, I could be found at the nearby mall arcade plugging my weekly allowance into Defender. I was, like most kids, infatuated with the technology of the age, and I hung out with other kids who liked videogames, cultivating a small, selective and largely persecuted social circle. I was more likely to be found playing a game on the television in the throes of summer than I was to be found playing baseball at the park or swimming at the community pool. And then, we moved.

I don’t know precisely why the move to a rural environment propelled us back into the digital Dark Ages, nor why I was never quite able to replace my computer or console systems, but between the ages of 13 and 18 the most advanced technology available to me was a piece of equipment that fed silage to our cows. I spent a lot of time in those days bored and devising clever ways to avoid being wrangled into manual labor. My life for those five years became very different, and as I look back, very rich.

I was reminded of this period of my life while recently reading a Boston Globe editorial entitled “The Joy of Boredom”. In it, Carolyn Johnson posits that “We are most human when we feel dull. Lolling around in a state of restlessness is one of life’s greatest luxuries – one not available to creatures that spend all their time pursuing mere survival.” She argues that a world where even “microboredom” – thank you for that addition to the lexicon, Motorola – can be abolished with a quick game of Tetris or a two-mintue “Mobisode” – Seriously, Motorola? – of Lost is perhaps one where we fail to comprehend the value of quiet dullness. Boredom has its value; it gives us pause to think, to be part of the world, to remember what we may have forgotten, to be inspired, to connect with our social circles and even, in the most extreme cases, to better ourselves.

It sounded like nonsense to me at first, too.

But then I remembered how boring life on a farm was, and it occurred to me that the boredom was an inspiration that, in many ways, changed my life. I went from a suburbanite shut-in with allergies and a pale complexion to someone entirely different in a few years. I played sports every season. I developed a far wider circle of friends. I was involved in any extracurricular activity which didn’t entail cleaning stalls or watching reruns of MASH through a haze of static. I was engaged with the world, and it was all because, frankly, I had nothing better to do.

Part of this is because I am compulsive about my gaming, and dangerously weak-willed, making me, in my darkest game-addicted hours, the kind of person that you hear about in questionable studies on which cable news channels love to report. Give me a console and some free time and I’ll forget about all the other things I could be doing and dive deep. I am so much a gamer, even when I had no games to play, that I eventually had to incorporate it into my professional life, partly for the addiction and partly for the excuse. I was a kid who was better served by not having access to games; I didn’t know when to stop and didn’t have anyone who would make me.

But as I stand in lines watching men in business suits habitually scan their Blackberrys for Lord knows what, and fly on planes where every eye is hazy with the detachment of digital drugs, it occurs to me that perhaps I’m not so alone. It’s hard to choose boredom, particularly when there are endless devices with small price tags to alleviate it, and it’s even harder to encourage people to put it all down and slosh through tedium for the sake of it. But I think there may be something more to it. It’s not the boredom that’s important; it’s the choices that can come out of it.

I love electronics and gaming, but maybe next time I fly somewhere I’ll leave the iPod, the DS and the laptop in storage. I’ll let the sound of jet engines and crying kids swim over me and see where my mind takes me. I’ve been neck deep in boredom before, and looking back, I think I was often better off for it.