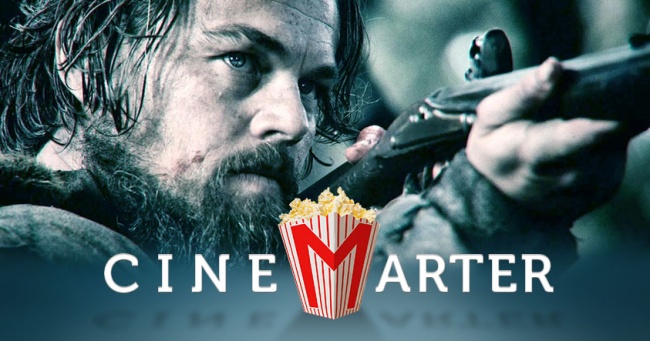 There’s been this prevailing theory out there that Leonardo DiCaprio is so desperate for an Academy Award that he refuses to star in anything but pictures that he believes will, at least, get him into consideration, if not an outright victory. That might explain why he wasn’t found in a single film released in 2014; he was waiting for the right role. But, then, DiCaprio’s never been an actor to star in more than a couple of movies a year. He’s only had one year in which he’s appeared in more than two films, and that was all the way back in 1995. He’s been relatively selective throughout the entirety of his career, and while the roles he’s chosen have typically been meatier than your average film will provide, is that in search of Oscar gold, or simply because these are the types of roles to which he wishes to dedicate himself?

The Revenant is DiCaprio’s latest role, here starring as Hugh Glass, a frontiersman and fur trapper who begins the film leading an expedition in the early 1800s. But after a Native American attack, a bear mauling, and betrayal from one of the men he was leading (Tom Hardy), Glass is left for dead in the freezing cold, unable to walk or even speak. He, however, survives, and dedicates the rest of the film to tracking down the man who betrayed him in order to get revenge. That’s it. It’s a revenge movie, but set in unbelievably harsh conditions and starring an initially severely injured protagonist. 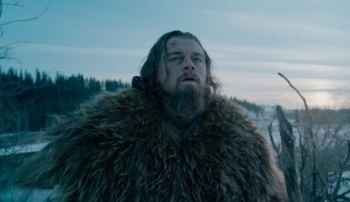 Based solely on that description, you might think that The Revenant is a tight 95-minute revenge thriller. Oh, how wrong you could be. This is a film that plays for over two and a half hours. Could it have been significantly shorter? Of course! The plot is barely there and it’s often bereft of dialogue – particularly English dialogue. By the time the halfway point hits, you’ll be tempted to look at your watch. Is that still a phrase? I suppose most people use their phones to tell the time nowadays, don’t they? But if you look at your phone at the cinema, you’re basically the worst person, so I’m going to stick with the watch thing.

Anyway, the reason that the film takes so long to get to where it wants to be is that the survival aspect to the story is often times the focus. Filmed in large part in my backyard, the cast and crew endured the conditions of the region in order to make the experience as authentic as possible. DiCaprio ate raw bison meat and battled the possibility of hypothermia. He swam in cold lakes, climbed inside animal carcasses, and so on. And it was all filmed with natural lighting. The point is, the filmmaking process very much part of the viewing experience; you really feel how it was to make the film while watching it.

As a result, you wind up both impressed with its realism, its raw and gritty result, and how it wasn’t “faked,” but you’re also taken out of the experience because, well, you’re thinking about how impressive it was that the filmmakers made it this way. And then maybe you wonder if it was all worth it. There’s authenticity and then there’s lunacy. Does risking hypothermia make it a better film? Or eating raw meat? Faking cold temperatures and food isn’t extraordinarily difficult, and it’s surely a lot safer. And as these thoughts cross your mind, while watching DiCaprio turn in this tremendous physical performance, you’re wishing that you were more absorbed in what was happening.

[D]irector Alejandro G. Inarritu has made a film to admire, but one whose pacing allows for the audience to take themselves out of the experience to, well, be impressed.

The point is: director Alejandro G. Inarritu has made a film to admire, but one whose pacing allows for the audience to take themselves out of the experience to, well, be impressed. And for storytelling, that’s not a good thing. It’s almost as if the filmmaker’s showing off. “I can do this, I will do it, and you will love me for it.” His last picture was Birdman, which had a one-take gimmick that also had this potential, but in Birdman there was always something going on to distract us from this. Here, watching DiCaprio crawl around for five straight minutes gives our mind plenty of time to wander.

One of the only consistent elements to keep us focused is Emmanuel Lubezki‘s cinematography. That’s to be expected, as Lubezki has won the Best Cinematography Oscar two years running. He’ll likely get a third straight for The Revenant, which is so pretty that it almost feels at a conflict with the raw, unflinching, and often disgusting action happening on-screen. Some of these shots are just so gorgeous you want the film to pause and let you admire them. That, however, would just hurt the pacing further. The Revenant plays weirdly because, with many of the individual scenes, the pace is frantic. But as a whole, it’s glacially slow.

DiCaprio is the film’s biggest draw, reminding us that he’s such a versatile actor. This is the best physical performance of his career, easily, taking it up a notch as each scene passes. It doesn’t require much in the way of heavy drama or line delivery; this mostly just him fighting against nature. It’s like the super-Quaaludes scene from The Wolf of Wall Street, but with a more grueling setting and stretched over a two-hour period. Tom Hardy is good but doesn’t stretch even as much as he did in this year’s earlier Mad Max: Fury Road – where even then he played second fiddle – while Domhnall Gleeson probably comes away best out of the supporting cast. He’s had such a tremendous year.

The Revenant is a dish best watched on the biggest screen possible, and also possibly with enough caffeine in your system to ensure you make it to the end – although preferably delivered in a way that will keep you from having to use the restroom before all’s said and done. The moment to moment action of the film is often gripping, although the film is paradoxically incredibly slowly paced on the whole. Its difficult shoot is impressive, and yet it – and the overall slow pace – makes you think about the filmmaking process, taking you out of the story being told. DiCaprio is great in a physical performance, although Glass isn’t terribly interesting as a character. And it’s beautifully shot. It’s a film of small contradictions. It ultimately all works, and is well worth seeing, but only for those wanting to endure an overlong and tough – albeit impressive – watch.

Bottom Line: An impressive technical accomplishment but not the most engaging story, The Revenant is a film to admire, but not necessarily one to love.

Recommendation: The Revenant is a tough watch thanks to its running time and brutal content, but if you’re up for it, it’s worth seeing.