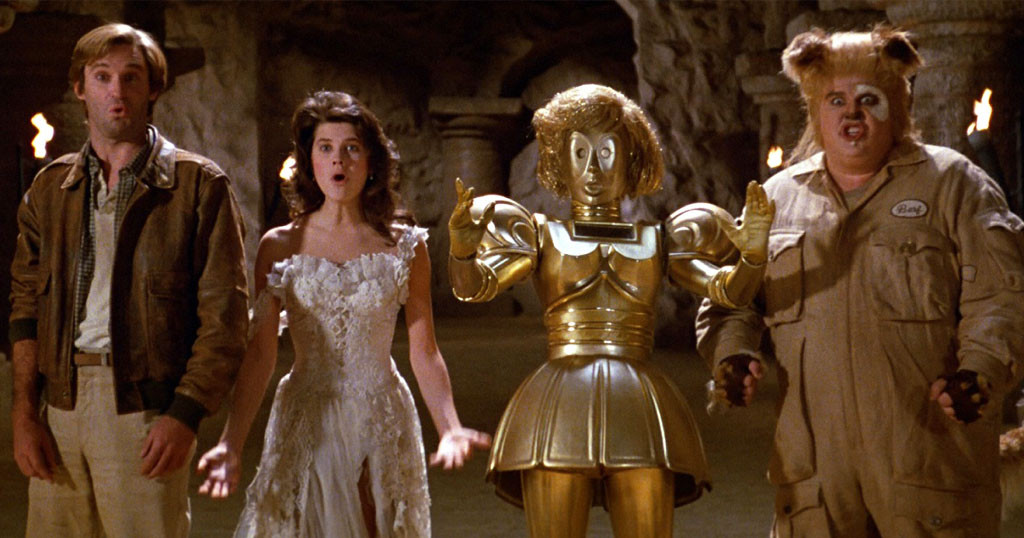 It is only appropriate that with a new Star Wars, there should come a new spoof, and Mel Brooks says that a Spaceballs sequel is in the early stages of development.

The 1987 film Spaceballs became a cult classic for actor/director Mel Brooks because it took the beloved Star Wars movies (before the prequel trilogy) and turned them upside down. From Rick Moranis as a wannabe Darth Vader to John Candy as the mawg Barfolomew, the movie pulled all the right strings to make us laugh or groan accordingly.

So it makes sense that with Disney’s revival of Star Wars that Brooks would want to try to get the gang back together for a sequel to Spaceballs. That could prove a bit difficult as several of the original cast has either died (Candy, Dick Van Patten, Joan Rivers, Dom DeLuise) or stopped acting (Moranis). But that won’t stop Brooks from making the effort.

On a recent “Take a Knee” podcast with Adam Carolla, Brooks said that the sequel is tentatively called Spaceballs: The Search for More Money and could begin filming early next year. Back in 2014, Brooks said that original writer Thomas Meehan had some ideas for a sequel.

“And I’m thinking now, if I said, if I did a movie that came out right after Star Wars comes out, you know,maybe a couple of months later, Spaceballs 2: The Search for More Money, I’d have a big weekend, you know, no matter what, even if it fell on its ass and you know, didn’t get that money back,” Brooks said on the podcast.

“But that first weekend, the anticipation of seeing Spaceballs 2, would, you know…I still have Daphne Zuniga and I still have Rick Moranis if he’d do it, and I’ve still got me.”

And Bill Pullman … and maybe the Winnebago. And it would better than the one year of Spaceballs: The Animated Series in 2008, right?