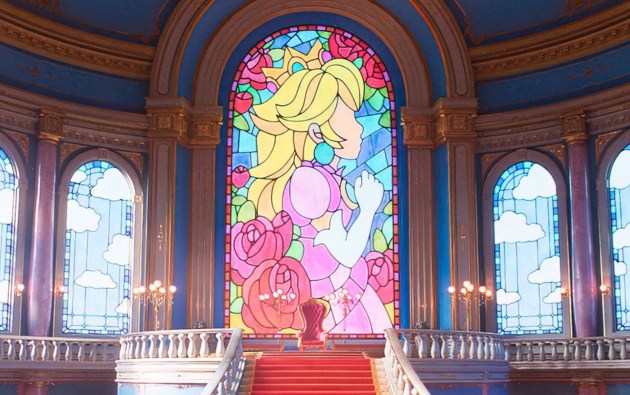 The Super Mario Bros Movie will get a new, second trailer as part of another special film-focused Nintendo Direct tomorrow. Nintendo announced the next Direct on social media, confirming plans to air the presentation at 5:00 p.m. ET / 2:00 p.m. PT on November 29. We have no idea what exactly the second trailer will show, but judging by a new teaser image revealed alongside the announcement, let’s cross our fingers and hope we get our first look at Princess Peach. Take a look at what seems to be Peach’s throne in the Super Mario Bros Movie image below ahead of the release the new trailer.

Join us at 2:00 p.m. PT on 11/29 for the world premiere of The Super Mario Bros. Movie's second trailer! No game information will be included in this #NintendoDirect.

If Peach does make an appearance in the second Super Mario Bros Movie trailer, we’ll likely get to finally hear Anya Taylor-Joy’s performance as the character. So far, the casting choices have been hit or miss for fans. In the first trailer, which premiered last month, we got to hear Jack Black as Bowser, Keagan-Michael Key as Toad, Chris Pratt as Mario, and even a small taste of Charlie Day as Luigi. While most were impressed by Black’s fiery take on King Koopa, many were left wanting more from Pratt’s version of Mario. That said, it’s hard to form an opinion without seeing the movie’s final cut.

Until then, keep an eye out for the second trailer for The Super Mario Bros Movie tomorrow before the film comes to theaters on April 7, 2023.